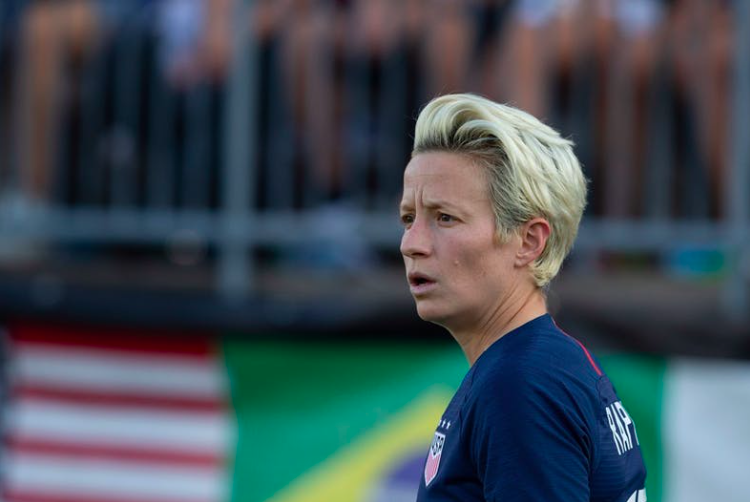 INTEL REPORT--Earlier this week, Rapinoe told Eight by Eight magazine that she would not visit the White House if the U.S. Women’s National Soccer Team won the Women’s World Cup, which is being held now in France.

“I’m not going to the f–king White House,” she said.

She also said that she wouldn’t be invited anyway.

“No f–kin’ way will we be invited to the White House,” Rapinoe said in a separate interview, adding that Trump “tries to avoid inviting a team that might decline. Or, like he did when the Warriors turned him down, he’ll claim they hadn’t been invited in the first place.”

Trump was apparently bothered enough by what Rapinoe said that he gave a confusing response on Twitter. After citing a few talking points about how Black people have been faring under his administration, he made a joke about how Rapinoe’s team has won yet.

“I am a big fan of the American Team, and Women’s Soccer, but Megan should WIN first before she TALKS! Finish the job!” he wrote.

He followed that by invited Rapinoe and the team to the White House, no matter how they do at the Women’s World Cup.

“I am now inviting the TEAM, win or lose,” he wrote.

And he finished by accusing Rapinoe of disrespecting the American flag, probably a reference to her kneeling during the National Anthem in 2016.

“Megan should never disrespect our Country, the White House, or our Flag, especially since so much has been done for her & the team.”