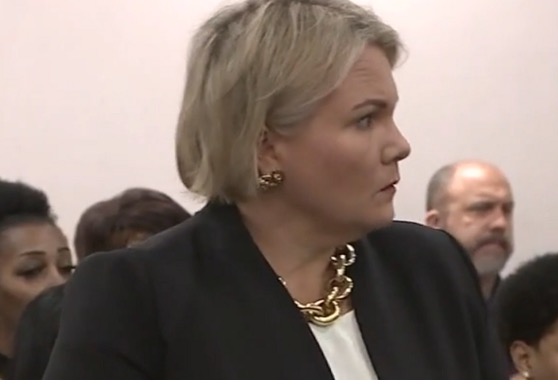 FLORIDA POLITICS - Leaders in the African American community in Florida are speaking out after Gov. Ron DeSantis (R) replaced a pro-trans state attorney with a lawyer who wants to bring back what has been called the “Biking while Black” policy.

Earlier this month, DeSantis said that he fired Hillsborough County state attorney Andrew Warren (D), even though Warren is an elected official. DeSantis said that Warren has spoken out against bans on transgender youth getting gender affirming medical care – the state of Florida does not have such a ban – and that he said signed a letter opposing the criminal prosecution of people seeking an abortion. Warren also criticized the state’s Don’t Say Gay law.

Now people are speaking out because DeSantis picked Susan Lopez to replace Warren last week. Lopez issued a memo immediately to employees of the state attorney’s office that said, “Effective immediately, any policy my predecessor put in place that called for presumptive non-enforcement of the laws of Florida is immediately rescinded. This includes the bike stop and pedestrian stop policy.”

The bike stop law allowed police officers to stop and ticket cyclists for violating safety rules, including taking their hands off the handlebars. The was the subject of a 2016 Department of Justice investigation that found that 75% of bicyclists stopped under the law in Tampa were Black, while only about 23% of the city’s population is Black, according to the Census Bureau.

“This is a racist policy that was created to perpetuate systemic racism within our community,” NAACP-Hillsborough President Yvette Lewis told Fox 13.

“It was so egregious that it held a lot of people back in the African American community,” she continued. “Tickets were stacking up upon that person and then, if they tried to get their license, they couldn’t get their license.”

Warren said that the Department of Justice investigation inspired him to work with the sheriff’s office about how to enforce the law more fairly.

“We worked with them on a policy to figure out that we were making sure we were upholding the law, treating cases consistently and building trust between law enforcement and the community,” he said. The policy included more warnings and education.

But Lopez’s memo suggests that she’s going back to the way the law used to be enforced. But she isn’t commenting on the memo, in which she accused Warren of not prosecuting certain crimes or seek the mandatory minimum sentence.

“The policies that she’s referring to aren’t policies at all, which is just another piece of evidence that to show that what the governor’s been saying is totally divorced from reality,” he said.

(Alex Bollinger has been working in LGBTQ media for over a decade and has a Masters degree from the Paris School of Economics. He lives in Paris with his partner. Follow @alexpbollinger on Twitter. This story was featured in LGBTQ Nation.)