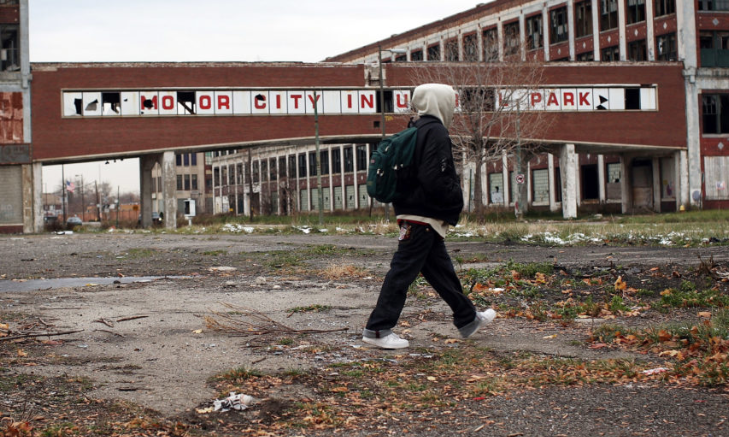 SOCIAL DEMOCRACY - Clobbered from all sides by the pandemic, climate change and disruptions in virtually every industry by the rise of artificial intelligence, the capitalist dream is dying — and a new, mutant form of socialism is growing in its place.

In the US, perhaps it’s no surprise that most Democrats have a better opinion of socialism than capitalism. Far more startling is the fact that they are not alone: the Republican party and the corporate establishment, which once paid lip service to competitive capitalism, are both starting to embrace the importance of massive deficit spending and state support.

But unlike the social democracy movements that followed World War Two, the New Socialism focusses not on material aspirations but on climate change, gender, and race. While the old socialism sought to represent the ordinary labourer, many on the Left today seem to have little more than contempt for old working-class base and its often less than genteel views on issues such as Critical Race Theory.

Yet perhaps the most critical difference between traditional socialism and its new form relates to growth. The New Socialism’s emphasis on climate change necessarily removes economic growth as a priority. Quite the opposite, in fact: the Green agenda looks instead towards a shrinking economy and lowered living standards, seeking to elevate favoured groups within a stagnant economy rather than generating opportunities for the general population.

As a result, this new variant of socialism seems more feudal than Marxist. As Edwin Aponte, editor of the socialist blog The Bellows, has observed, Marx opposed utopian socialists, with their dreams of a return to the cohesive social order of feudal times — instead, he favoured using technology and economic growth to lift them up.

Alexandria Ocasio-Cortez may not realise that the much-admired European socialist system was built on the back of a private sector. But the truth is that virtually all the successful welfare states — Germany, Netherlands, Scandinavia — rose on competitive economies: Swedish steel, Dutch chemicals, German machine tools and cars were critical to funding socialist programs in capitalist countries. But as this model slowly crumbles, as Europe loses its competitive edge to China and elsewhere, this lesson appears to have been forgotten. And in its place has risen a New Socialism that serves Wall Street, the City and the tech oligarchy.

The usual response from environmental activists is that the rapid transition to “zero carbon” will create oodles of new, well-paid jobs. In reality, however, these jobs generally pay less, offer fewer hours and are rarely unionised. The reality facing the middle class is an acceleration of our class divides and lower living standards. It’s long been de rigueur on the Green Left to cut back on homeownership, limit use of private cars or even fly on vacation. In other words, those who will suffer most are the very people whom socialism is supposed to save. Already energy poverty is on the rise in those places — from California to the EU — where punitive fuel costs have been increased.

Elsewhere, supply chain problems and inflation are now dismissed as “high-class problems”, even if it also means high prices for essentials such as milk, gas and rent. The Atlantic, a premier voice of the gentry Left, grumbles that “America’s central organizing principle is thoughtless consumption”, echoing the kind of homily handed out by Medieval clerics to disgruntled serfs.

Yet nowhere is the hierarchical nature of feudalistic socialism clearer than in the property markets. Social democrats may have once celebrated people owning homes or cars, but new green-tinged policies would lead to those becoming an option only for the rich, while opening a vast market for financial firms to buy single family homes and turn them into rentals. Just look at California, where Green progressives wield almost unlimited power, and which is now home to rising inequality, the nation’s highest poverty rate and the second lowest percentage of homeowners.

Of course, this mindset is not confined to the Left. In the UK, for example, Boris Johnson’s Conservatives have proposed climate-based rules that would force homeowners — their political base — to retrofit their homes for thousands of pounds, while forcing them to abandon affordable gas heaters for less effective electric ones. This reflects what one socialist neatly labels “eco-Thatcherism in Britain“.

But there can be little doubt that the biggest change is taking place on the Left. Historically, the British and Australian Labour Parties, the French Socialist Party, America’s Democrats and Canada’s Liberals evolved from a strong working-class base. But in recent years, for both economic and cultural reasons, these parties have become dominated by professionals, academics and government workers increasingly bent on introducing paternalistic, puritan policies.

Ultimately, many of the old Left-wing parties may end up losing out to the ascendant Greens, who could be the real winners of the rise of New Socialism. It is not inconceivable that they could take power across Europe — particularly in Germany where the country’s traditional industrial base has shrunk. In the US, although there’s not much chance of the Greens challenging the ruling political duopoly, there are clear signs that the Democrats could find themselves torn between the need to represent both progressives and the party’s blue-collar base.

Yet it didn’t have to be this way. The Left’s Green policies might be big on virtue, but moves to eliminate energy and industrial jobs make no sense if we are going to depend on fossil fuels for at least the next few decades. It seems futile to be shutting down domestic pipelines, curbing energy production and raising electricity prices while begging the Saudis or the detestable Putin regime to drill more.

A more traditional socialist would promote domestic production, particularly natural gas, while also trying to shift production away from coal-dependentChina, the world’s primary emitter. China’s Xi continues to build new coal plants and arrange for long-term oil supplies from the Middle East. Unlike our Left-wing parties, Xi knows the grip on keeping power rests on meeting the aspirations of his subjects, not dampening them.

The West has lost its roots

To remain relevant, the Left needs to return to the basics. Social democracy, as first developed in places like Sweden, sought to bolster families, and allow for improvements in daily life. Throughout history, economic growth has been critical to making societies wealthier, while making it far easier to distribute salves to the poor, invest in environmental improvements and work to improve conditions for historically disadvantaged minorities. Good jobs and “economic expansion,” notes economic historian Benjamin Friedman, are the best antidote for “rising intolerance and incivility”.

Is there still hope for a more socially beneficial kind of socialism? Certainly, elements of the recently passed bipartisan infrastructure bill could help American industry compete with China. People, more than anything, want roads, bridges and ports fixed. But all this risks being undone if the Democrats continue to press for more extreme measures: more moderate Democrats will lose their seats, and the GOP will gain control of the House.

Many on the Left deny the electoral reality, and claim the party can only win by moving towards more assertive redistribution, anti-racist and draconian climate policies. Meanwhile, the Republicans are redoubling efforts to forge a social democratic agenda, crafting an aggressive programme of tax breaks for working families, upholding educational choice in states such as Virginia, and committing to aggressive re-shoring for industry. Florida’s Senator Marco Rubiohas even called for a “divorce” with the financial and corporate elite.

It’s an encouraging sign, even though such moves will be adamantly opposed by the bearers of libertarian orthodoxy who have shaped the party for a generation and have the support of many of the party’s big funders. In the end, then, both the libertarians and feudal socialists could find themselves rejected by the majority of the population. After all, a society bedevilled by rising inequality, racial tensions, a pandemic and complex issues around climate change is as unlikely to accept honeyed words about ‘the market being efficient’ as it would tolerate an increasingly intrusive state that squashes their aspirations in the name of environmental virtue.

Something else is needed: policies that address the competitive economy while preserving upward mobility, economic growth and an environment improved by technological changes. In other words we need a socialism that is rooted in the needs of the working and middle classes — not one that seeks to keep them in their place.

(Joel Kotkin is the Executive Editor of New Geography and the author of The Coming of Neo-Feudalism: A Warning to the Global Middle Class. He is the Roger Hobbs Presidential Fellow in Urban Futures at Chapman University and Executive Director for Urban Reform Institute. Learn more at joelkotkin.com and follow him on Twitter @joelkotkin.)