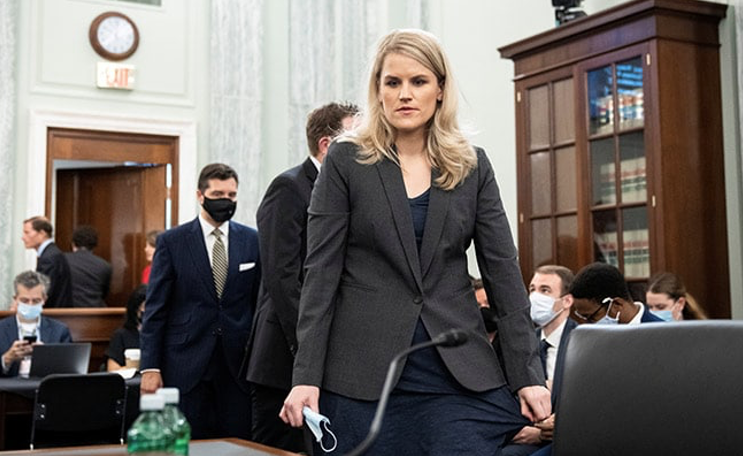 OPINION - A former Facebook employee hailed by the media as a whistleblower testified this week on Capitol Hill about the social media giant's algorithm, and how it harms children and democracy. 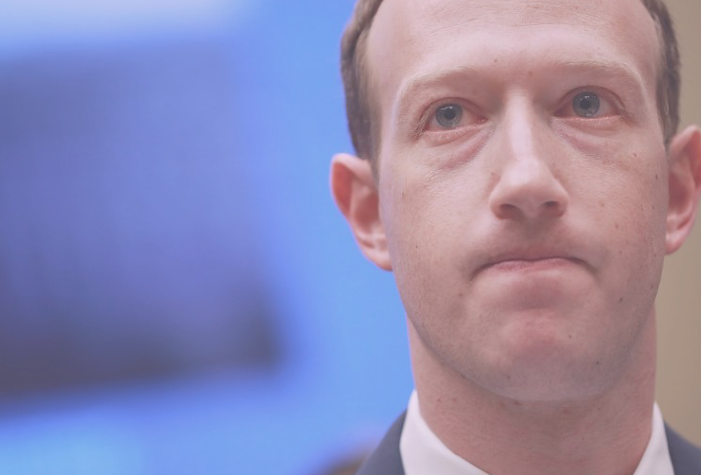 But though Facebook founder Mark Zuckerberg is no doubt embarrassed by the brouhaha, he and his fellow big tech founders ultimately may have very little to worry about. At the end of the day, Haugen's testimony was less an exposé and more a distraction from the far more urgent issue of big tech's expanding monopolistic reach, and its growing political and cultural power. The real question when it comes to big tech is not the one posed by Haugen's testimony—whether Facebook and the other tech platforms allow "misinformation" or "hate speech" on their platforms; her testimony instead conveniently missed the real problem: that a handful of mega-firms are now controlling content for much of the population.

Nearly two-thirds of U.S. adults now get their news through social media sites like Facebook or from Google.This is even more true among millennials, soon to be the nation's largest voting bloc. And tech oligarchs have further expanded their domain by purchasing much of what is left of the mainstream media, including the New Republic, the Washington Post, the Atlantic, and the long-distressed Time Magazine .

And contrary to what Haugen and the Senate seem to believe, the biggest problem with having the flow of information so tightly concentrated in the hands of so few is not that it allows posts from hate groups or divisive political operatives or skinny teenagers. It's that a tiny handful of oligarchs are dictating what is knowable, or what views are valid.

Attempts to shape or control thought by the tech giants are proceeding with astonishing speed. Staffers at Google, Facebook and Twitter increasingly "curate" the content on their sites. Often this means eliminating conservative views, according to former employees; companies increasingly use algorithms intended to screen out "hate groups." But as reporting has shown, the e-programmers put in charge of this work often have trouble distinguishing between "hate groups" and those who might simply express dissenting if legitimate supported views.

If once we thought the IT revolution would foster a more democratic era in communications, what happened was the opposite: The media became more concentrated, with just a few companies controlling all the information pipelines.The steady erosion in anti-trust enforcement under both parties has left firms like Facebookand Google with almost unlimited power to acquire or crush competitors and ideological opponents. And these firms are near-absolute monopolies; they hold market shares that exceed eighty percent in key markets like search, social media, and book sales, as well as phone and PC operating systems.

And unlike for companies in a competitive economy, customer resistance and record low levels of trust mean very little to the profits of big tech firms. With their quasi- monopoly status, Facebook and Google don't have to worry about giving offense the way a conventional firm might.

Facebook experienced mounting crises on Monday, as it dealt with blowback over reports it placed profit over the public good, a mass outage and privacy concerns. Here, Mark Zuckerberg testified in before Congress in April 2018.CHIP SOMODEVILLA/GETTY IMAGES

In fact, attempts to "regulate" the tech oligopolies may just make them stronger. Mark Zuckerberg routinely agrees with the censure against him, and when the federal strictures do come down, there's every sign he will accept them, gaining even more allies in government and consolidating his monopoly and political influence.

Hearings like the one this week are just one step towards that inevitable end goal. (The whistleblower herself opposes breaking up Facebook!) Andas long as these platforms increase their sway, we can look forward to ever greater surveillance, following the model of China.

Already, Google and IBM as well as Apple are helping China systematically use digital technology to impose ever greater control over its citizens. And rather than erecting a bulwark against it, some in our academic establishment have argued that on the "debate over freedom or control" China "was largely correct and the U.S. was wrong."

But the tech oligarchy is not only a threat to American consumers. It's likey to have a radical impact on workers, too. The tech elite differ significantly from the old corporate hegemons who needed a domestic working class, which forced them them to deal with organized union workers. By contrast, tech workers have no unions; they are often foreign nationals on short term visas, and their bosses have and been repeatedly caught spying on their own employees.

And as Thomas Piketty has noted, as opposed to the grubby bosses of the past, tech oligarchs tend to see themselves as technically gifted, a conscious elite shaped by their educational and vocational background, constituting what Aldous Huxley called "a scientific caste system."

Tech oligarchs generally don't believe in the American Dream or economic mobility. The author Gregory Ferenstein interviewed 147 digital company founders. What he found is that most are convinced that an "increasingly greater share of economic wealth will be generated by a smaller slice of very talented or original people. Everyone else will come to subsist on some combination of part-time entrepreneurial 'gig work' and government aid."

In other words, oligarchical socialism: basic incomes provided for the reside of the fading middle class. (And for when the plan fails, some tech titans have emergency escape plans.)

Already, this dystopia exists in Silicon Valley, where the ultra-rich flourish, the middle-class wanes, and the poor live-in a poverty that has become unshakeable; according to a 2018 UC-Santa Cruz study, nine out of ten jobs in the Valley now pay less than twenty years ago, adjusted for inflation.Nearly 30 percent of Silicon Valley's residents rely on public or private financial assistance.

The technocratic future is already upon us. And it has little need for the labor of the lower classes—or the messiness of democracy. These same people have amassed the power to control and disseminate information far more subtly and efficiently than Mussolini, Hitler, or Stalin.

Given their power and influence in both parties, the current congressional kabuki show will likely change nothing. The tech oligarchs may take a well-publicized slap on their wrists, but the political class seems unlikely to break up Facebook, confiscate Jeff Bezos' bank account, or seek to force the ideals of legitimate free speech on technocrats who rarely fret over such 18th Century concerns.

We now stand on the edge of becoming a society akin to China, where the central authority determines truth and what can be legitimately debated. The prospect of a duopoly of oligarchs and the federal apparat acting together present arguably the most profound challenge to the future of traditional democratic debate.

Don't let them distract you from the real questions. Our democracy depends on it.

(Joel Kotkin is the Executive Editor of New Geography where this story was featured.  Joel is the author of The Coming of Neo-Feudalism: A Warning to the Global Middle Class. He is the Roger Hobbs Presidential Fellow in Urban Futures at Chapman University and Executive Director for Urban Reform Institute. Learn more at joelkotkin.com and follow him on Twitter @joelkotkin.)