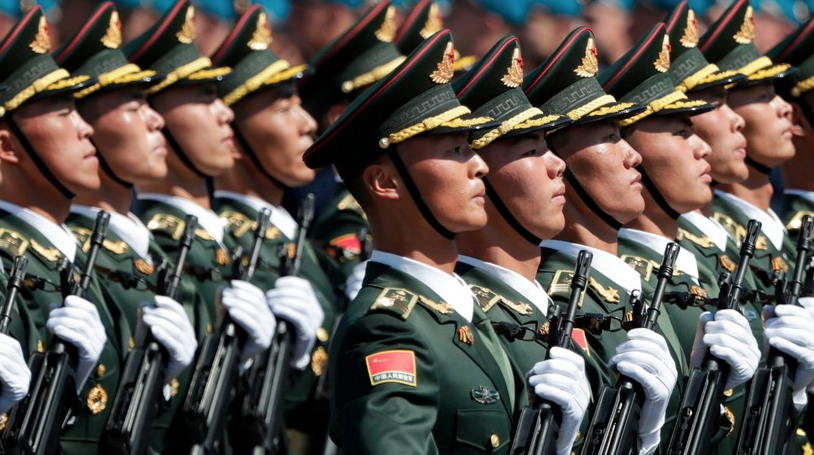 GUEST COMMENTARY-China’s increasingly aggressive geopolitical and economic stance in the world is unleashing a fierce bipartisan backlash in America.

That’s fine if it leads to more public investment in basic research, education, and infrastructure—as did the Sputnik shock of the late 1950s. But it poses dangers as well.

More than 60 years ago, the sudden and palpable fear that the Soviet Union was lurching ahead of us shook America out of a postwar complacency and caused the nation to do what it should have been doing for many years. Even though we did it under the pretext of national defense—we called it the National Defense Education Act and the National Defense Highway Act and relied on the Defense Advanced Research Projects Administration for basic research leading to semiconductors, satellite technology, and the Internet—the result was to boost U.S. productivity and American wages for a generation.

When the Soviet Union began to implode, America found its next foil in Japan. Japanese-made cars were taking market share away from the Big Three automakers. Meanwhile, Mitsubishi bought a substantial interest in the Rockefeller Center, Sony purchased Columbia Pictures, and Nintendo considered buying the Seattle Mariners. By the late 1980s and start of the 1990s, countless congressional hearings were held on the Japanese “challenge” to American competitiveness and the Japanese “threat” to American jobs.

A tide of books demonized Japan—Pat Choate’s Agents of Influence alleged Tokyo’s alleged payoffs to influential Americans were designed to achieve “effective political domination over the United States.“ Clyde Prestowitz’s Trading Places argued that because of our failure to respond adequately to the Japanese challenge “the power of the United States and the quality of American life is diminishing rapidly in every respect.” William S Dietrich’s In the Shadow of the Rising Sun claimed Japan “threatens our way of life and ultimately our freedoms as much as past dangers from Nazi Germany and the Soviet Union.“

And on it went: The Japanese Power Game,The Coming War with Japan, Zaibatsu America: How Japanese Firms are Colonizing Vital U.S. Industries, The Silent War,Trade Wars.

But there was no vicious plot. We failed to notice that Japan had invested heavily in its own education and infrastructure—which enabled it to make high-quality products that American consumers wanted to buy. We didn’t see that our own financial system resembled a casino and demanded immediate profits. We overlooked that our educational system left almost 80% of our young people unable to comprehend a news magazine and many others unprepared for work. And our infrastructure of unsafe bridges and potholed roads were draining our productivity.

In the present case of China, the geopolitical rivalry is palpable. Yet at the same time, American corporations and investors are quietly making bundles by running low-wage factories there and selling technology to their Chinese “partners.” And American banks and venture capitalists are busily underwriting deals in China.

I don’t mean to downplay the challenge China represents to the United States. But throughout America’s postwar history it has been easier to blame others than to blame ourselves.

The greatest danger we face today is not coming from China. It is our drift toward proto-fascism. We must be careful not to demonize China so much that we encourage a new paranoia that further distorts our priorities, encourages nativism and xenophobia, and leads to larger military outlays rather than public investments in education, infrastructure, and basic research on which America’s future prosperity and security critically depend.

The central question for America—an ever more diverse America, whose economy and culture are rapidly fusing with the economies and cultures of the rest of the globe—is whether it is possible to rediscover our identity and our mutual responsibility without creating another enemy.

Robert Reich, is the Chancellor’s Professor of Public Policy at the University of California, Berkeley, and a senior fellow at the Blum Center for Developing Economies. He served as secretary of labor in the Clinton administration, for which Time magazine named him one of the 10 most effective cabinet secretaries of the twentieth century. His book include:  "Aftershock" (2011), "The Work of Nations" (1992), "Beyond Outrage" (2012) and, "Saving Capitalism" (2016). He is also a founding editor of The American Prospect magazine, former chairman of Common Cause, a member of the American Academy of Arts and Sciences, and co-creator of the award-winning documentary, "Inequality For All." Reich's newest book is "The Common Good" (2019). He's co-creator of the Netflix original documentary "Saving Capitalism," which is streaming now.