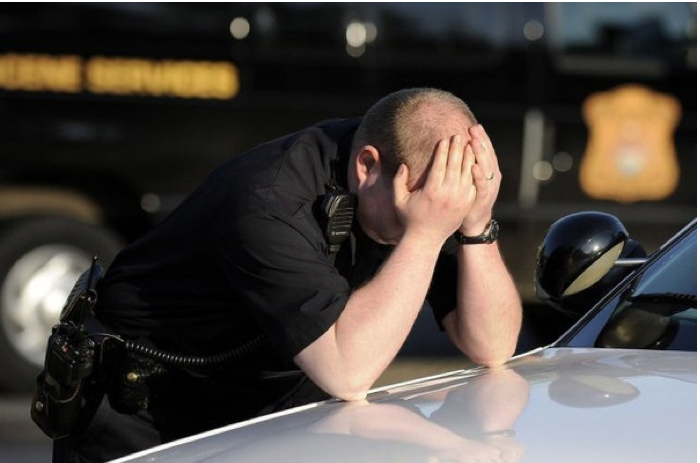 VIEW FROM HERE-After Ferguson six years ago, police departments all over the country implemented several reforms to make officers more aware of their implicit biases and to embrace conflict de-escalation as one of their duties.

But in light of George Floyd’s brazen daylight murder by four Minneapolis police officers, those reforms, although moving in the right direction, have been insufficient.

I think what is urgently needed is better self-care for police officers. This proposal may be controversial, but I truly believe that this has to be part of the solution. Officers should have quality and free health care, access to free therapy, and regular counseling. The stigmas around mental health and policing should be confronted and eliminated from the top down. Furthermore, I believe all officers should be provided increased paid time off and encouraged by their superiors to rest and recharge outside of work. They should also be supported to take up non-police related hobbies where they can integrate themselves into the communities they serve. Mindfulness courses should also be offered free of charge, and meditation or “centering time” should be made available while at work.

Speaking as a domestic violence counselor working in a mid-level city with a very diverse population, the adverse effects of stress on police officers is painfully obvious to me. For example, in racially charged situations involving verbal if not violent confrontation, high levels of work-related stress can bring to the surface biases, prejudices, and even outright racist attitudes, creating a toxic recipe for abuse. Even when there is not overt violence or the expressed intent of violence, these factors can create interactions that leave my clients feeling unheard, disrespected, shamed, and ultimately more traumatized.

Clients of color have told me how police will not respond if called to the same house more than once. Survivors of color have told me how they were denied crime reports or never told about victim’s assistance programs, and how they would never call the police even if they were under attack by their abuser. And I have heard gut-wrenching stories about how the police made fun of them, accused them of lying, or simply judged them. Tragically, some survivors have even been arrested due to an officer’s negligence or lack of training on how to identify a primary aggressor.

Yet I also have worked with police officers who would give their life for a survivor. Some have called the Hotline weeks after an incident to check on someone who they dropped off at the shelter. Some officers have even stepped up to take on the power establishment within their department. I have heard about officers calling out corruption, acts of discrimination, and even the abusive behavior of their colleagues.

In the words of Audre Lorde, “Caring for my self is not self-indulgence, it is self-preservation, and that is an act of political warfare.”

If the objective is to have police officers stop killing unarmed black citizens, self-care for police is not an act of self-indulgence. Nor is it a bleeding-heart liberal response to crime and punishment. Self-care is an essential component of public safety. It is about police being more equipped to handle the pressures of the job.

Surely, critics will argue that my proposal is just another form of cultural sensitivity training. That’s not true. Mindfulness training, trauma-informed counseling, paid time off to unplug and reconnect with friends and family, and incentivization to pick up healthy leisure activities, is not the same as unpacking individual prejudice or noticing the signs of white privilege. Those skills are necessary but ultimately useless if the police officers are so run down by stress and lack of self-care that they do not have the mental and physical bandwidth to put them into practice.

Other critics will argue that what I am proposing does not deal with racism head-on and evades the discussion we all need to be having about structural forms of injustice in our society. If the system is racist, it does not matter if police officers are in a good head space or not. I hear and respect that criticism. But the way to change systems is by changing minds and hearts. The best way to do that is by meeting a person’s psychological, physical, and perhaps spiritual needs. What I want to talk about is a reform that is robust, sustainable, and self-replicating.

Are there racist cops? Absolutely. Is there structural injustice? No question. But there are far more cops who are overstimulated, over-stressed, and just too high strung to be effective. They face everything from car accidents to gang warfare to child abuse to abused animals to drug addiction to homelessness to intimate partner abuse and much more. They need self-care or they will inevitably crack. When that happens, we all pay the price.

That said, rather than redirect the conversation about police brutality and racial injustice, what I want to see is more accountability and better police officers. I want to see police officers who have the confidence and skills to handle any situation the right way. And I want the police to possess a level of self-awareness and emotional resilience that places them in a position to best serve the public interest. That police officer will be a change agent.

At this point, I think the only realistic alternative to implementing a comprehensive (and federally subsidized) self-care plan for all law enforcement is to dissolve police departments altogether. The status quo is broken and one way or another, change is coming.

(George Cassidy Payne is a social worker, freelance writer, and adjunct professor of philosophy. He lives and works in Rochester, NY.) Prepped for CityWatch by Linda Abrams.