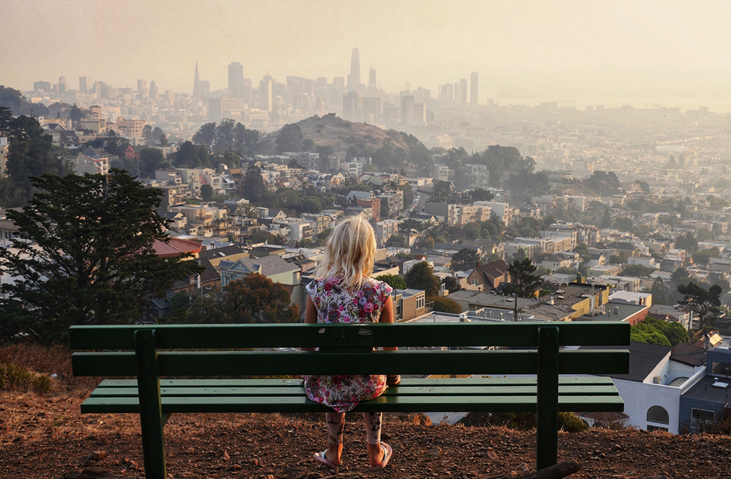 GUEST WORDS--Back in the early days of the U.S. environmental movement, it wasn’t so hard to persuade people that it costs money to clean up pollution.

“People knew rivers were on fire,” says Chris Zarba, who spent 38 years at the U.S. Environmental Protection Agency. The public could still be shocked by images of oil-slicked birds; they saw the blight of unregulated garbage dumps, smelled the toxic smoke of factories.

“We used to be able to say, ‘OK, it costs a little bit to clean up our [water and air], but look how much better everything looks,” Zarba says. Now, the results are less obvious. You can’t see the carbon dioxide lurking in the air that elevates global temperature. Fine particulate matter causes lung disease, but you can’t distinguish the microscopic particles from ordinary haze. “You can’t see the life-saving impact,” Zarba says, “of improved standards.”

Rarely does any authority or agency explain those standards in a way that matters to laypeople. “We haven’t done a good job as a nation explaining the costs and benefits of environmental protection,” Zarba says. “And that has made it possible for special interests to control the narrative.”

In the past three and a half years, officials in the Trump administration have attacked environmental laws and the science that supports them with an unbridled urgency. Rules guiding everything from light bulb efficiency to wildlife protection to fugitive emissions from oil drilling have been thrown out or threatened; “settled science” is no longer. Administration officials have fired experts and stacked advisory panels, such as the EPA’s Science Advisory Board that Zarba headed up before he retired in 2018, with underqualified academics or pro-industry researchers.

“What we’re seeing under the Trump administration is an unraveling of the scientific fabric that runs through government,” says Gretchen Goldman, research director for the Center for Science and Democracy at the Union of Concerned Scientists. The Department of Energy forbade climate scientists from even mentioning climate change in emails; former Interior Secretary Ryan Zinke, who left the agency in 2018 amid conflict of interest allegations, went after a national park superintendent for writing a Twitter thread about the effects of intensifying heat on the desert ecosystem. “We’ve talked to hundreds of scientists who have said they’d altered their language to avoid political backlash,” Goldman says.

Until recently, the suppression of science happened mostly behind the scenes, and in ways that haven’t always registered yet. The COVID-19 pandemic lifted a corner of that curtain: “The issues around Dr. [Anthony] Fauci and the coronavirus crystallize what we’ve been observing for the past three years,” Goldman says. People notice when Trump contradicts government experts on “an issue where the public health impact is imminent.” What they notice less is EPA Administrator Andrew Wheeler laying plans to burden scientists with a “transparency” rule that would require, among other things, the publication of confidential data. (Even the agency’s reconstituted science advisory board calls the rule vague, cumbersome and impractical.)

“When you poll people, they really do care [about the environment],” Goldman says. “There’s just a lot that feels more urgent in people’s lives right now.” Like, for instance, worrying about how long a virus can last on your grocery bags.

Goldman is right: While fewer people describe themselves as environmentalists than did in 1989, when 76 percent of respondents to an annual Gallup survey identified with the movement as opposed to 42 percent in 2018, the numbers have essentially not changed when it comes to enforcing environmental regulation. Seventy-seven percent favored it in 2001; 73 percent did in 2018. A new survey of more than 1,000 adults in the U.S. by the Yale Program on Climate Change Communication found that 66 percent worry at least somewhat about global warming. Yet Trump still polls high enough nationally to suggest that voters aren’t going to the polls with science on their minds.

Zarba insists that’s because people don’t see the benefits when regulations take effect, so they’re vulnerable to misleading propaganda. When the Trump administration axed the Obama administration’s Clean Power Plan by executive order, in a signing ceremony surrounded by miners, it was hard to even understand what happened, much less what it meant. The Clean Power Plan, an attempt to reduce greenhouse gas emissions from electricity generation, had set carefully tailored goals for each individual state. As a consequence, it was complex and full of caveats. The Trump administration was able to sell its demise in Kentucky, West Virginia, and other coal-producing states as the beginning of coal’s revival. Zarba had explained to his hunting buddies in the coal-centric Ohio Valley that it wasn’t true. “I told them they were being used,” he says. “Coal isn’t dying because of the Clean Power Plan. It’s dying because natural gas and solar and wind are getting cheaper.”

When demand for coal continued to fall as utility companies swapped out coal-fired electricity plants for cheaper and cleaner alternatives, Zarba was vindicated. The next year around the campfire at hunting camp, he overheard the friends he’d schooled in the years before repeating his words to newcomers. “They were even talking about how their kids’ asthma is related to coal,” he says. “I thought, ‘I can step back from this now.’”

There is perhaps another reason why more people don’t vote pro-environment: the difference between candidates is often not all that stark. In 2006, when I asked former Vice President Al Gore, then on tour to promote his film An Inconvenient Truth, why he hadn’t talked up climate on the campaign trail, he told me that, in 2000, the issue hadn’t set him apart from his opponent. “Then-Governor [George W.] Bush had publicly pledged to regulate carbon dioxide with the force of law,” he said. “The perception was that there’s no meaningful contrast between the candidates, so it’s not part of the political dialogue.”

So it was, at first, with Donald J. Trump, remembers Ann Carlson, a professor of environmental law at the University of California, Los Angeles. On a Zoom call with journalists last week, Carlson noted that “Trump routinely said that what he wanted was the cleanest air and the cleanest water, and also that he wanted to devolve power back to the states.”

Even the administration’s stance on climate wasn’t entirely clear. “There was a big internal battle between the ‘Javanka’ wing of the party and people like Myron Ebell of the Competitive Enterprise Institute about whether the U.S. would remain in [the] Paris [climate accords],” Carlson says. Meanwhile, Vermont Sen. Bernie Sanders had suggested fossil-fuel companies were bankrolling Clinton’s campaign.

That wasn’t precisely true – oil and gas workers, as National Public Radio’s Peter Overby noted in April 2016, accounted for two-tenths of one percent of Clinton’s fundraising. But combined with Clinton’s early support for natural gas, the accusation dampened climate activists’ enthusiasm for her candidacy. As author and activist Bill McKibben told Capital & Main shortly after Trump won, “It’s not like stopping climate change was one of the options in this election.”

Carlson is heartened that former Vice President Joe Biden had appointed both former Massachusetts Sen. John Kerry and U.S. Rep. Alexandria Ocasio-Cortez to his Task Force on Climate, signaling a policy direction that could stoke enthusiasm among younger voters, who rank climate change high among their electoral concerns. The elder statesman and the young firebrand “seem to me the perfect blend to take all these years of expertise and combine it with the passion and energy that AOC really seems to capture.” Biden this week also pledged to pull the permit for the controversial Keystone XL oil pipeline if he’s elected, a promise he had previously declined to make.

Other climate activists believe that’s the secret: Making the stakes so clear that voters have a clear-cut choice. “When 70 percent of Americans want the U.S. to take ‘aggressive’ action on climate,” wrote 350.org co-founder Jamie Henn on Twitter, the risk isn’t that Biden will tack too radical on climate in the general election. “The risk is that he won’t do enough to steal voters away from Trump.”