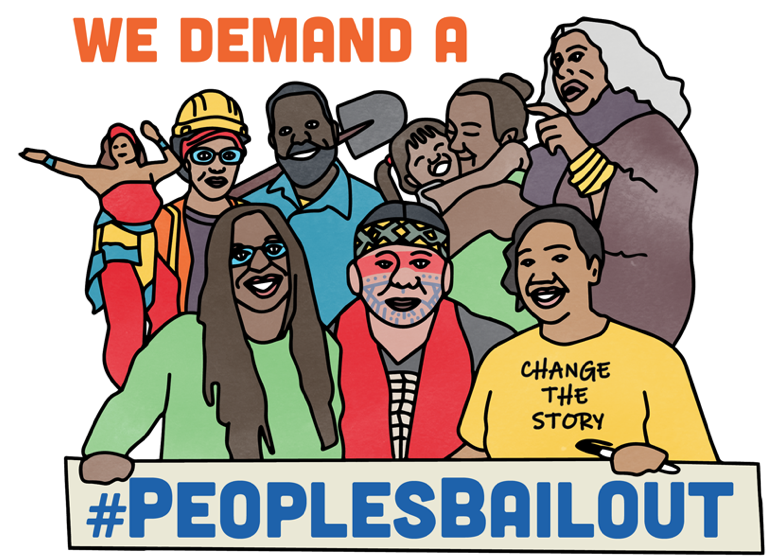 GUEST WORDS--The Senate just unanimously passed a $483 billion coronavirus aid package in addition to the $2.2 trillion previously authorized by The CARES Act to soften the economic impact of Covid-19 on Americans.

Despite any flaws, these bipartisan actions demonstrate that compromise is possible when our economy is threatened. But where is the stimulus for a democracy compromised by low voter turnout, restrictive voting requirements, a general sense that individual votes are meaningless, and information and misinformation overload that confuses rather than informs?

The November elections in the U.S. will be the most contentious and consequential in memory, yet its outcome is threatened by the fact that historically our turnout rates are among the lowest of any mature democracy in the world. Covid-19 fears and social distancing policies may further reduce turnout, biasing results to favor the minority of highly motivated voters on the far right and far left. American democracy cannot continue to survive such a highly partisan government. Voting is foundational to democracy and the primary vehicle for “we the people” to have voice. It’s time for us to take back that voice.

Here are four ideas to give all Americans voice and negate efforts to suppress that voice.

Pay citizens to vote. Each state should authorize and pay voters $100 (non-taxable). Incentives work. Australia imposes a penalty of $20–50 on citizens who fail to vote and turnout rates there consistently exceed 90%. In addition, citizen voice in the U.S. is compromised by the fact that 25% of potential voters fail to register. A one-time payment of $100 for registering to vote could change that. Hearing from all 204 million voting-eligible citizens is the best way to overcome the disproportionate influences of the far right and far left, who too often focus on the priorities of campaign contributors rather than issues that affect the majority of Americans, from income inequality to air and water pollution. The cost of the incentive plan above would be a one-time $25 billion investment, a small fraction of the CARES Act.

Ease registration and voting. State-imposed restrictions affect turnout. Limited polling locations and voting machines, restrictive voter ID requirements, and loss of pay for time spent going to the polls are just a few ways voting is discouraged. It’s time to expand automatic or simplified registration, voting by mail, early voting, and absentee voting. In addition, make Election Day a paid holiday in all states. What about widespread voter fraud? Well, in the 33 states that already allow some form of voting by mail, and in the 5 states that have primarily mail-in elections, there is no evidence of any meaningful fraud. Those who allege widespread voter fraud need to submit proof or acknowledge that they favor low turnout. Voting by mail is a time saver for voters, a cost saver for states, and an effective way to control Covid-19.

Count all votes equally. Individual votes must carry the same weight. Is it democratic when the presidential election awards victory to the loser of the popular vote because of disproportionate influence of a small number of states in the Electoral College count? If we are to retain the Electoral College, we should count delegate votes on a proportionate basis rather than winner-take-all. Is it democratic when congressional election results are distorted by blatantly partisan gerrymandered voting districts? Non-partisan citizen committees should redraw voting districts to ensure that each vote has equal weight. Some states have moved to non-partisan districting. It works. Let’s do it everywhere. Finally, we must overcome the sense many Americans have that their votes don’t count. Reforms to the Electoral College and congressional redistricting will help ensure that each vote carries the same weight. But this will not solve the problem of voter apathy. While $100 payments will increase turnout, it’s important that voting is promoted by media and leaders as a patriotic responsibility. As voting advocate Ted Liu says, “not voting is for suckers.”

Make informed votes. A common notion is that uninformed people should not vote. But leaving voting to only those who are compelled by strong interests, beliefs, and biases is what has created the destructive level of partisanship we’re experiencing today. And being partisan does not make a person inherently more informed. We must rethink our understanding of informed voting. Few citizens can dedicate the time and effort to understand all the issues and choices. But informed voting is less about knowing all the answers than it is about asking the right questions. Each of us knows our most pressing concerns. Ask candidates about those things. Candidate responses on even a few issues can signal the degree of alignment with a voter’s priorities. Holding candidates to their responses is the best way to make sure representatives work for all citizens.

The four above ideas are a starting place for every American who believes in truth, justice, and the American way of voice, hope, and opportunity. Not all of these reforms can happen overnight. In the meantime, it is the responsibility of every citizen patriot to vote on November 3, no matter how difficult and risky it might be. Voting is the Founders’ antidote to ideologues who divide us and to rich and powerful interests who subvert public interests in favor of their own. If we don’t insist on democracy, we will get something else.

(Mac Regan is the author of The 2020 American Revolution, 20/20 Decision Support for Voters (available at amazon.com). He is also the author Global Citizen Patriots, several published op-eds, and a frequent contributor to political talk shows.)