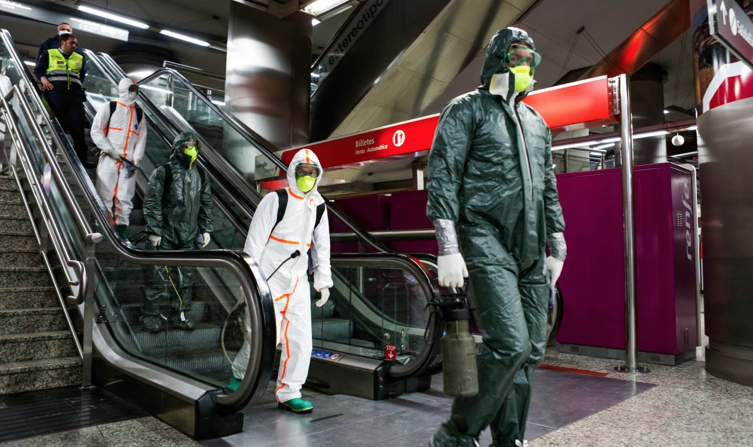 PERSPECTIVE--After the demise of the Soviet Union and the US intervention that crushed Saddam Hussein’s attack on Kuwait in 1991, President George H. W. Bush pronounced a new world order.

His exuberance carried over into academia (Frances Fukuyama’s “end of history”) and conservative punditry (Charles Krauthammer’s “unipolar moment”). The consensus among these American exceptionalists was that for the first time since the end of World War II, the US had the military power and the universal ideals to sweep the world clean of illiberal forces and establish uncontested supremacy. We all know what became of that moment only a decade later with the 9/11 attacks.

Opinions about the shape of the next new world order are plentiful. Not all are pessimistic, but most tend to extrapolate from current events and point to a future of profound disorder. The US is invariably the starting point of any discussion of the future. It not only is a weakened superpower: Under Trump it has retreated from the world stage, abandoned international law and institutions, embraced authoritarian rulers, and consistently displayed ignorance, corruption, and deceit in the conduct of public affairs.

Meantime, the European Union has lost Britain and is willing to accommodate autocrats; China is buying its way into global preeminence while carrying out a “cultural genocide” in Xinjiang, an anti-democratic purge in Hong Kong, and a deceptive campaign to whitewash its responsibility for COVID-19; Russia under Putin aims to restore czarist greatness while silencing its critics; and the world is convulsed by the coronavirus, with competition for protective supplies exceeding cooperation to ensure that everyone gets them.

A World in Disarray

An optimist might say that once the pandemic comes under control, the world will return to normal. Opportunities will emerge for liberal leadership in the US and elsewhere. International partnership will revive. Climate change will move to the top of the political agenda as national leaders and publics appreciate how, thanks to the pandemic, air quality has improved enormously. Perhaps. But if the trajectory of international affairs and politics continues its present course, here’s what we might expect.

The obvious lesson here is that the longer the COVID-19 pandemic goes on, and the more disruptive it is to economies, the greater the chance of national and global disorder and even collapse. Governments everywhere will be at pains to answer the question, when is it safe to start the return to normalcy, and is that even possible? Popular and political pressures for an early, and terribly risky, return are bound to increase over time, despite great uncertainty about when the contagion is really over. Scientists have very limited time to come up with vaccines, adding to popular impatience and possibly making them targets rather than heroes.

Writing in The New Yorker (February 3, 2020), the Harvard historian Jill Lepore reminds us of the crisis of democracy in the 1930s, the years bookmarked by the Great Depression and Pearl Harbor. Many well-regarded commentators wondered at the time if the rise of fascism was writing an epitaph for democracy. FDR had confident answers; “the only thing we have to fear is fear itself,” he said in his first inaugural. What will it take to save democracy, not to mention social justice and the environment, today? Sure: adoption of a common (or cooperative) security approach to foreign policy and community-centered values in domestic policy. But which governments will lead in that direction? Where are the internationally influential individuals and organizations that can provide the incentives and ideas in support of a cooperative approach?

The so-called international community failed to deliver on climate change, nuclear arms control, and poverty before the pandemic. Is there any reason for optimism about the post-pandemic era? David Brooks, writing in the May 1 New York Times, sees the pandemic as bringing out the best in Americans. “The job ahead is to make this unity last,” he says. How can you and I make it so?

(Mel Gurtov, provided CityWatch by PeaceVoice, is Professor Emeritus of Political Science at Portland State University and blogs at In the Human Interest.)