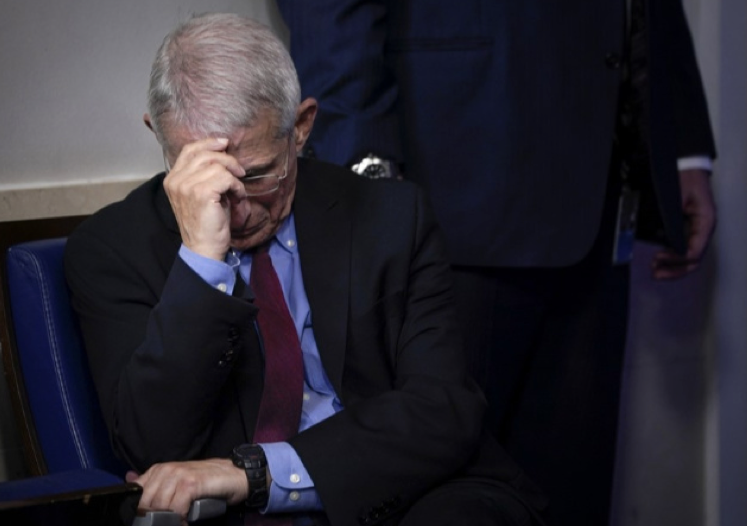 GUEST COMMENTARY--In the midst of  a pandemic that's killed more than 65,000 Americans and infected more than a million,

the White House has announced that Dr. Anthony Fauci, the country's leading expert on pandemics and the primary reason the death toll isn't even more obscene, will be blocked from testifying at a Congressional hearing on Trump's crisis response, because it would be "counter-productive" to have an esteemed scientist spout science stuff, crimes are the only things that the thugs of Trump's Crime Syndicate know how to do, and nothing says we have nothing to hide like flagrant obstruction of the truth and this is exactly how innocent people act.

A House Appropriations subcommittee had sought Fauci's testimony for a May 6 hearing in the wake of demands by Nancy Pelosi, Chuck Schumer, and many others to investigate Trump's murderously inept blunders on the coronavirus outbreak.

The White House statement said that while the Trump administration "continues its whole-of-government response to COVID-19...it is counter-productive to have the very individuals involved in those efforts" speak to Congress, though they'd be happy to "offer testimony at the appropriate time," like, never.

Their latest insanity quickly prompted the furious hashtags #TestifyFauci and #FreeFauci. Nothing to see here except the flouting of utter criminality and the brazen shredding of democracy.

(Abby Zimet writes for CommonDreams.org ... where this piece was first posted.)