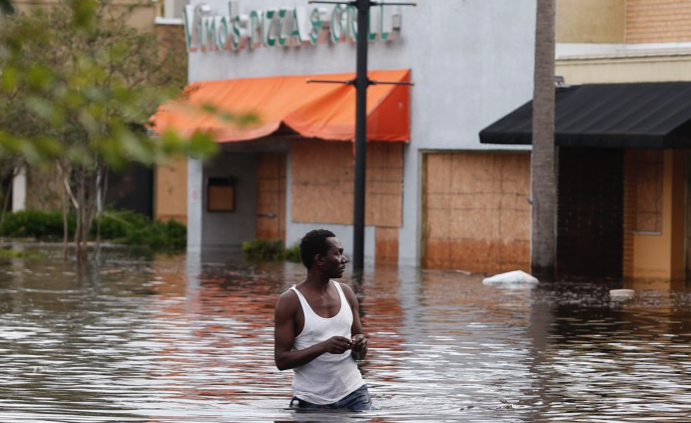 CLIMATE POLITICS-There are misanthropes who understandably and regrettably express grim satisfaction with the prospects of climate chaos affecting everyone so at least predatory rich exploitive elites pay the same serious prices as poor people and people of color.

That is not correct, however.

Turns out that not only are we already well into the worst mass extinctions of other species since the Cretaceous Debacle, but it is also evident that climate chaos will indeed impact the health and well-being of people of color more than anyone. Consider the evidence.

It is well understood among public health empiricists that people of color already face related jeopardies, such as higher rates of proximity to hazardous and toxic dumps.

And when aid is apportioned, it is currently going first to industry and may eventually trickle down to people of color.

The health impacts on people of color are significant.

“In the U.S., public health can be affected by disruptions of physical, biological, and ecological systems, including disturbances originating here and elsewhere. The health effects of these disruptions include increased respiratory and cardiovascular disease, injuries and premature deaths related to extreme weather events, changes in the prevalence and geographical distribution of food- and water-borne illnesses and other infectious diseases, and threats to mental health.” (CDC)

Ironically, so far to date, the CDC has failed to declare racism a threat to public health, even though the evidence is overwhelming in so many indices, including the racial makeup of the very areas they describe in the above quote. To help them think more about it, please sign this petition.

The Trump administration is responsible for much of this, as they have injected culture war politics into the public health arena by dictating to CDC what terminology is forbidden when applying for funding -- a direct violation of the traditional separation of science/medicine and political interference.

When the executive and legislative branches of government fail to act on an actual emergency such as our worsening climate crisis, the grassroots, the people, can do so. Check out Extinction Rebellion to learn of nonviolent uprisings that are beginning. When enough direct action imposes peaceful but significant economic costs, case studies from around the world show that policies can change.

(Leslie D. Gregory is a PA and is Executive Director, Right to Health. Dr. Tom H. Hastings is PeaceVoice Director and on occasion an expert witness for the defense in court.) Prepped for CityWatch by Linda Abrams.