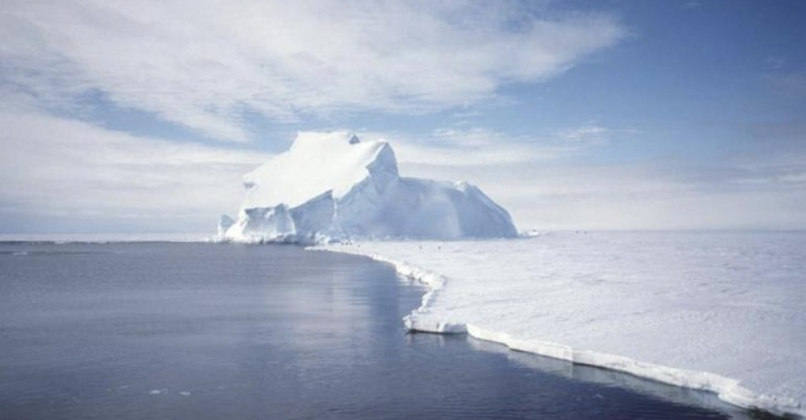 CLIMATE POLITICS--For years, scientists have struggled to figure out exactly how much methane is trapped under the ice at the north and south poles and what it would mean for global temperatures if climate change melted enough ice to release that methane into the atmosphere.

A new study published in Nature Communications provides the most comprehensive estimate to date: a staggering 80-480 gigatons. That’s a wide range, but even at the low end, it’s astonishing. For context, all the cattle and other domestic animals around the world produce an estimated .08 gigatons of methane annually. 80 gigatons is 1000x that amount.

The study, led by Professor Jemma Wadham from the University of Bristol School of Geographical Sciences and Cabot Institute for the Environment, synthesized prior scientific research on the ice sheets. The study found that ice sheets, while seemingly inert, are intimately connected to the global carbon cycle, in ways that both store and release carbon. 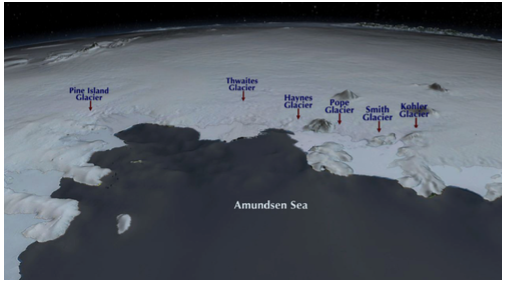 In Antarctica, blinding white ice stretches as far as the eye can see and air temperatures usually stay well below freezing. But scientists have concluded it’s likely that under the ice lies vast stores of organic carbon and methane, created by the slow decomposition of ancient vegetation and marine life that thrived during the Paleocene–Eocene Thermal Maximum, a period 55 million years ago, when Antarctica was teeming with greenery and wildlife (and much of the rest of the earth was uninhabitable). As the climate cooled, the remains of soils, plant and animal life—or marine life, in the case of marine based ice sheets—became sediment trapped far below the ice. There, microorganisms converted some of it to methane, a potent greenhouse gas.

“This methane is preserved because it is cold and there is enough pressure from the weight of the ice above it,” says Lev Tarasov, associate professor in the Department of Physics and Physical Oceanography at Memorial University, and one of the study’s authors. But, says Tarasov, climate change is starting to shift the conditions that have held methane deposits for millions of years. The study’s authors are especially concerned about destabilization in the West Antarctic Ice Sheet, where warm water, imported by shifting wind patterns, is washing up against the ice shelves, causing melting even where air temperatures remain frigid. As the ice shelves grow thinner, the possibility arises that large stores of methane will escape, taking greenhouse gas levels past the global levels that  the UN Framework Convention on Climate Change (UNFCC) agreed in order to limit warming to 2°C (3.6°F) by 2100.

But as they melt, ice sheets could also help remove carbon dioxide from the atmosphere, by drawing it into the ocean. When glaciers grind against the bedrock below them, they create a fine, nutrient rich “rock flour.” As ice sheets melt, some of these nutrients are absorbed by surrounding marine ecosystems, adding vital nutrients that increase microorganism populations, which then suck up dissolved carbon dioxide from the surface level of the ocean. When the microorganisms die, they sink to the bottom of the ocean, taking the carbon dioxide with them, where it forms a carbon rich sediment.

Tarasov hesitated to quantify how much carbon these microorganisms could take out of the atmosphere—and how much that could mitigate the climate damage caused by the escaped methane. A question like this is one of the hardest to answer, says Tarasov, because relatively small changes in the carbon cycle can lead to huge impacts.

“The problem with understanding the carbon cycle  is it depends on the small difference between really big numbers. There is lots of carbon going from the oceans to the atmosphere, or from the atmosphere to the oceans. It just takes small little changes to shift everything around.”

(Chloe Zilliac is a 2019 editorial fellow at Sierra magazine. Provided CityWatch by Common Dreams under the Creative Commons license.)