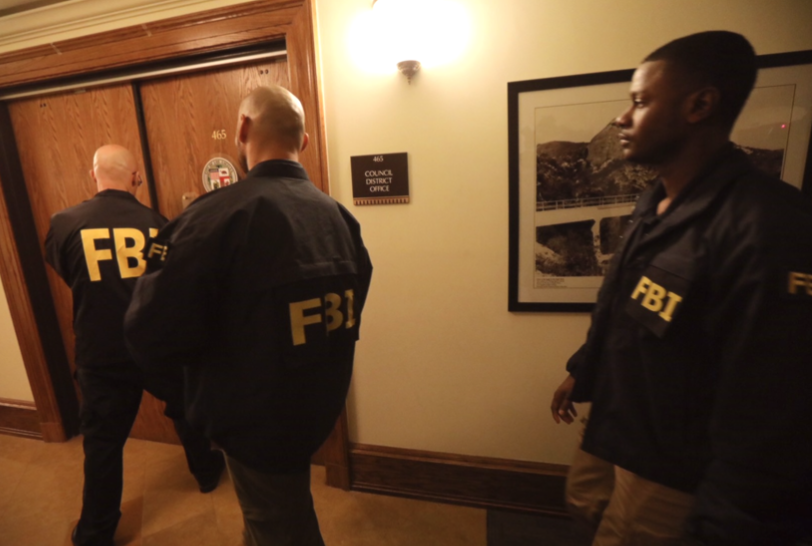 PLATKIN ON PLANNING-With the mainstream news media attracting eyeballs through endless stories about Jeffrey Epstein, Roger Ailes, R. Kelley, and other lowlifes, it is getting harder to be outraged.

Nevertheless, the recent LA Times lobbying corruption stories about former Director of Planning, Michael LoGrande, managed to raise a few eyebrows. He blatantly broke LA’s revolving door law, which bars prominent City officials from lobbying their colleagues for one year after leaving City employment. When a City Hall whistleblower called out Mr. LoGrande’s lobbying violations to the City’s Ethics Commission, the former Planning Director readily agreed to pony up a record fine of $281,000. It is apparently much easier to buy forgiveness than ask for permission.

But that is not where the story ends. The LA Times also reported that when Mr. LoGrande was shown the door from his office, in January 2016, the City paid him a three-month consulting fee of $54,000.  While he soon lobbied his former colleagues on behalf of private real estate interests, the City also contracted with him to provide “strategic advice” to unnamed City officials on transportation planning and redevelopment. If this de facto severance package resulted in formal reports to the Mayor, City Planning, or others, no one has yet shared these work products.

Although we may eventually know more about this particular scandal, we still do not know if the revolving door legal violations are connected to the FBI’s criminal investigations of the LADWP, Councilmember Jose Huizar, Huizar’s wife Richelle Huizar, former Deputy Mayor and previously General Manager of Building and Safety Ray Chan, deputies to Council President Herb Wesson and Mayor Eric Garcetti, and Councilmember Curren Price. While we impatiently wait for more details to leak out about these investigations, Angelenos have been treated to endless jokes about City Hall’s two and four-legged rat infestations. 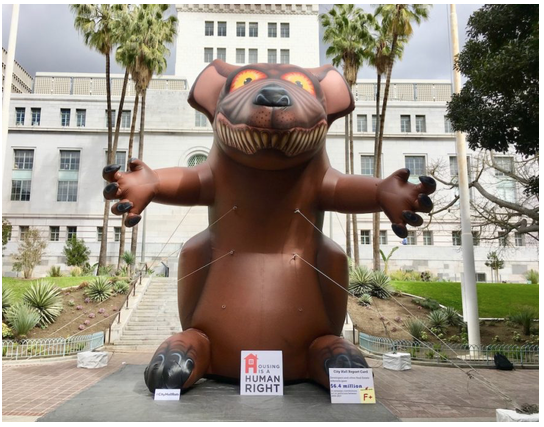 Repeated violations swept under the carpet

Meanwhile, what we can investigate on our own are numerous in-house violations of the Los Angeles City Charter, City Council adopted plans and ordinances, and State of California planning laws.  While the LA Times and other mainstream media outlets ignore these offenses, they can and should be analyzed by the alternative media, such as CityWatch. After all, these violations take place in plain sight, and the old maxim, “Sun light is the best disinfectant,” may eventually prove true, even in Los Angeles. The following list is hardly exhaustive, but is an easy place to begin an inventory of these not-too-secret planning schemes.

Transit Oriented Communities Guidelines (TOC) Density Bonuses are misrepresented as an official City of Los Angeles ordinance, even though the City Planning Commission only approved them as Guidelines, and the City Council never adopted them.

Furthermore, these reprieves from zoning laws unfold without public notices, City Charter required findings, and an obvious right of the public to appeal a TOC action exempting developers from zoning law requirements, such as height, parking, yards, open space, mass, and density. As a result, developers can now rid their projects of restrictive zoning laws and voter-adopted Proposition U height district requirements. They no longer need to make their case to community groups and to City decision makers at official public hearings. They also no longer need to demonstrate that their projects are free of environmental impacts or consistent with the City Council-adopted General Plan. In particular, TOC projects do not need to establish that existing public infrastructure and services meet the needs of their buildings, or that their proposed buildings are consistent with the character and scale of the surrounding neighborhood.

In addition, the TOC Guidelines do not require any monitoring of approved projects. Therefore, there is no way for the public or city staffers to verify that required low income density bonus rental units actually exists or that these apartments are rented to qualified low income tenants.

Failing to update the General Plan and its Land Use element, the Los Angeles General Plan’s mandatory and optional citywide elements, including 35 Community Plans, are absolutely required by the City of LA’s Charter and by California State Law. Nevertheless, these essential planning documents are woefully out of date. The program to update the aging citywide General Plan elements has ground to a halt, while the 35 Community Plans are undergoing a hasty makeover, focused on up-zoning, not climate change and the methodical inventory and repair of decrepit local infrastructure and inadequate public services, like emergency responders.

As for any punitive responses to this negligence and violation of the City Charter and State planning laws, “What, me worry?” prevails. 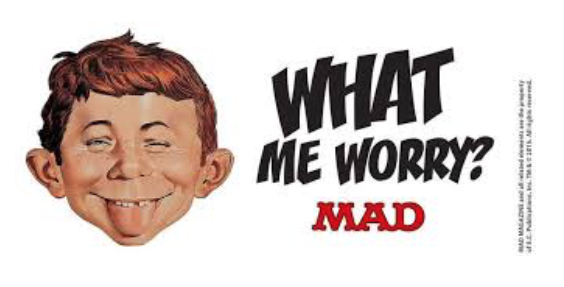 Failing to monitor the General Plan and the Community Plans, even though the City Council’s adopted monitoring requirements are clearly presented in all plans, City Hall officials ignore them. As a result of shirking required monitoring, Los Angeles has no way to objectively determine if its legally adopted planning policies have been implemented, if policy implementation programs are effective or need to be changed, or if the plans’ basis in population, zoning build out levels, infrastructure capacity, and public services are based on accurate data. This is a helluva way way to run a railroad, much less the second largest city in the United States.

Whisking away findings of serious environmental impacts in EIR’s, with an unverified Statement of Overriding Considerations.  Most major projects in Los Angeles require an Environmental Impact Report (EIR), and every EIR reveals a project’s unmitigatable environmental impacts, usually traffic congestion and/or Green House Gas Emissions. These findings paint the City Planning Commission and the City Council into a corner. They can accept an environmentally superior alternative, order a redesign of a project to eliminate its environmental impacts, or they can adopt a Statement of Overriding Considerations to gloss over the same impacts. They always opt for the third choice. Somehow, every major project generates so many jobs and/or transit trips that City Hall decision makers give them the green light.  No follow-up is ever required, and no project approvals are rescinded if the promised jobs or transit trips fail to appear. If you wonder why so many large projects create traffic jams, this is where the bodies are buried.

Failing to link the General Plan to the City of LA Capital Improvement Program (CIP) and operating budgets. California State planning laws and Guidelines are clear that that a city’s General Plan should guide its Capital Improvement Program.  Common sense says a timely General Plan should also guide a city’s operational budget and departmental work programs. In LA this does not happen, and each City Department inhabits a self-contained silo, walled off from adopted plans and the need for comprehensive plan monitoring.

For every pay-to-play or revolving-door brouhaha unearthed at City Hall, there are much large stories involving deliberate decisions to not follow City Charter, adopted plans, and State planning laws.

(Dick Platkin is a former Los Angeles city planner who reports on local planning controversies for CityWatch. He serves on the board of United Neighborhoods of Los Angeles (UN4LA) and welcomes comments and corrections to his articles or via email at rhplatkin@gmail.com. Selected previous columns are available at the CityWatch archives and selectively at Plan-it Los Angeles.) Prepped forCityWatch by Linda Abrams.