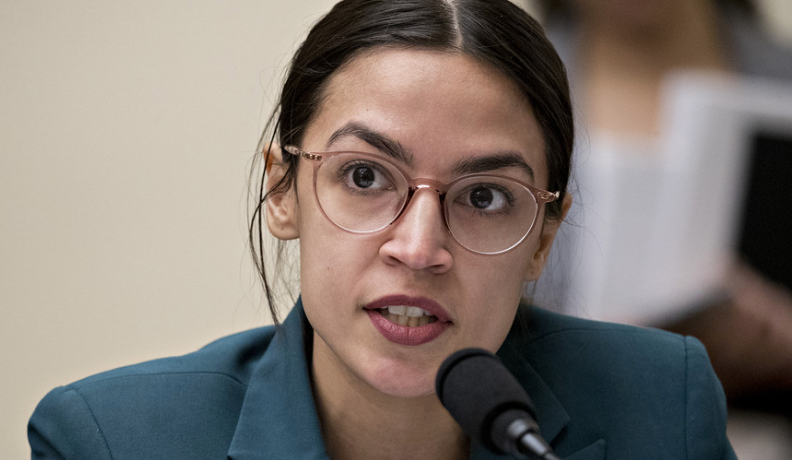 PROGRESS--Representative Alexandria Ocasio-Cortez (D-New York) lights a candle during a vigil for the victims of the recent mass shootings in El Paso, Texas, and Dayton, Ohio, in Grand Army Plaza on August 5th, 2019, in Brooklyn.

Lawmakers and local advocates called on Congress to enact gun control legislation and encouraged citizens to vote for politicians who would support those measures.

In the months leading up to the 2018 mid-term elections, journalists noticed something surprising. Some Democrats were running unabashedly on gun control, a topic once thought too controversial for political candidates to take on. I performed an analysis that confirmed that gun policy was a priority for congresspeople: In its first month, the 116th Congress introduced 33 bills primarily concerning firearms, including 21 that called for more gun control and four that supported gun buyback programs or research on firearms. That is a greater number than any other new Congress in the last 10 years, with the exception of the 113th, which first met less than a month after a gunman killed children and their teachers at Sandy Hook Elementary in Newtown, Connecticut.

The 116th's bills were significant because, typically, Americans say they want stricter gun control immediately after attention-grabbing mass shootings like the one at Sandy Hook, but their interest quickly fades. While there was plenty of firearms violence in America in December of 2018—254 Americans were injured, and 136 lost their lives, according to the Gun Violence Archive—there wasn't a single incident on the scale of Sandy Hook. That the 116th Congress introduced so many gun bills anyway shows that lawmakers were developing a sustained interest in the issue.

Now that Congress has been at work for seven months, has that interest helped any of those bills make progress? In the wake of a week of racist, terroristic mass shootings, I decided to check on the status of all 33 new firearms bills introduced in January of 2019, using the non-profit GovTrack. I found that there hasn't been a lot of movement on these pieces of legislation, but still far more than in the past.

Two bills have taken steps forward. There's the Target Practice and Marksmanship Training Support Act, which makes it easier for states to use money, derived from taxes on firearms and ammunition, to expand or create new shooting ranges on public land. President Donald Trump signed that legislation into law in May.

Then there's the Bipartisan Background Checks Act of 2019, which shores up the existing federal background check law by closing loopholes. Studies show that states with several gun control policies working together, including a stronger background check law, seem to have fewer gun crimes involving illegal firearms. The federal background check law alone has not done well in studies. Researchers attribute this to the fact that it has so many exceptions. The Bipartisan Background Checks Act has passed the Democrat-controlled House of Representatives, but hasn't yet been taken up by the Republican-controlled Senate. Last weekend, after mass shootings in El Paso, Texas, and Dayton, Ohio, Democrats in the Senate called for leader Mitch McConnell (R-Kentucky) to tell lawmakers to come back from their August recess and vote on the bill.

Finally, there are a few bills in Congress now that would give money to states to enact extreme risk protection order laws, which are sometimes called "red-flag" laws. These laws allow police, and sometimes concerned family and friends, to petition a court to remove individuals' firearms temporarily, if they show signs of being a danger to themselves and others. Extreme risk protection orders are fairly new, so the evidence for them is still only suggestive. They might be especially effective in preventing suicides, the top reason for firearm deaths. (Homicide is No. 2.)

While movement on two bills—maybe 2.5 bills—out of 33 doesn't sound like a lot, this is actually greater progress than Americans have seen in a decade, even though this Congress is only halfway through its first year. All of the gun-control bills introduced in the first month of the 113th Congress eventually died. Only two made it even one step past introduction, in which committees in the Senate recommended they be considered by the full chamber, but they never went to a vote. (One gun-rights bill introduced during that time suffered the same fate.)

Dating back to January of 2009, no gun control bills introduced in any Congress in the first month went anywhere. Out of gun bills of any stripe, only the Concealed Carry Reciprocity Act of 2017, which would have allowed anyone with a permit to carry a concealed firearm in one state to do the same in all states, passed the House, then died.

"There's a new sense of empowerment among those pressing for stronger gun safety laws," Robert Spitzer, a political scientist at the State University of New York–Cortland who has written books on American gun laws, told me in February. It's clear that empowerment is ongoing.

You can check out all of the bills I identified as having to do with firearms, that were introduced in the first months of each Congress dating back to 2009, here.

(Francie Diep is a staff writer at Pacific Standard, where she specializes in health and drug policy and the intersections of culture and science. Previously, she covered science, health, and science policy for Scientific American, Popular Science, and Smithsonian.)