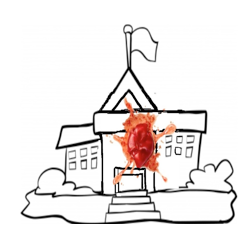 An important national policy debate is reaching a peak as Congress prepares to consider reauthorization of the Elementary and Secondary Education Act (ESEA), originally passed as part of Lyndon Johnson's sweeping Civil Rights legislation. Rather than the small government talking point that columnist Frank Bruni illustrated with mere annoyance at bureaucracy, the conflict represents a growing insurgency within the Democratic Party.

Just ask Rahm Emanuel, the first mayor in Chicago history to require a runoff to get re-elected. That’s especially significant given his close ties to President Obama. Emanuel suffered bruising opposition largely in reaction to his closing of 50 public schools, which many say was retaliation for a teacher's strike led by Karen Lewis. He avoided the full wrath of Lewis's might only when she fell seriously ill and ended her campaign to unseat him. The loss of momentum in the Chicago movement is temporary.

New York Governor Andrew Cuomo is another prominent Democrat losing support because of education policies. He can also blame his embarrassing fight for survival on a progressive candidate whose base of support includes teachers and parents betrayed by his education platform--which looks a lot like President Obama's. His opponent, Zephyr Teachout is the former online organizer for Howard Dean. She just launched a three-week tour to identify candidates to run for office throughout New York State.

Democrats who are keyed into education are frustrated with the recent shift from the original intent of the landmark ESEA which made equitable funding of schools the law of the land. Later sanctioned by President Carter's elevation of education to a cabinet level post, Democrats have almost universally supported public education as a great equalizer.

Over the last decade or so, the equity of opportunity has been replaced by an emphasis on equal outcome. That has altered education policy to an emphasis on universal standards and an obsession with the almighty test score. The idea that every 5th grader in the country should score about the same on a test might seem reasonable in a committee room, but it's making parents and teachers go bonkers. That is leading to coalitions of regular citizens standing up in their communities and saying, "Enough is enough!"

If that is starting to sound like a political movement, that's because it is. Nationally, groups like BATs, United Opt Out, Save our Schools and the Network for Public Education have teachers and parents working together in every state in the country. They are developing clearly articulated positions on education policy, highly critical of the Obama Administration.

The insurgency is stirring up the teachers unions, too. Alex Caputo-Pearl won the presidency of UTLA by at least beginning to talk about shared concerns with students and parents. Enlivened by the new Occupy Wall Street reality, parents and public education advocates are becoming activists, joining teachers for a seat at the table. Negotiating priorities like class size and curriculum alongside pay and benefits brings parents and teachers together to support schools. It’s a natural coalition. This broader base of support helps the unions in an increasingly pro-corporate America.

Heading toward the presidential primary season, this makes for a fascinating moment in time. The New York Times can ignore it, but the campaigns cannot.

Perhaps no one understands the situation better than Randi Weingarten, president of the American Federation of Teachers (AFT). Pushed from one side by the progressive arm of the union with its burgeoning coalition, and the Democratic Party establishment—accustomed to unequivocal support from the AFT—on the other, Weingarten is in a singular position.

A longtime supporter of Hillary Clinton, Weingarten will surely be rewarded if she can deliver the country's largest teacher's union, with all its organization and resources. But the grassroots are pushing Weingarten not to let any Dem take them for granted. Weingarten as Secretary of Labor or Commerce will be no victory to public education advocates if Clinton is not influenced to change course on education policy.

The situation is so serious that some Democrats advocate deflating the power of the Secretary of Education. Why support a strong federal Department of Education when the guiding policy of the administration is to sell off public education?

Progressives who are engaged in public education oppose President Obama's education policies every bit as much as the Tea Party does, but for different reasons. This conflict will escalate during the presidential campaign season, and will have far reaching implications. It’s a story worth telling.