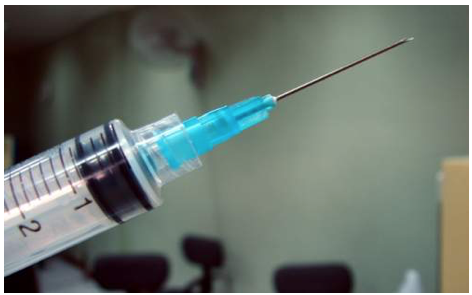 GUEST COMMENTARY--In a New Year’s Eve display of liberal newspaper death penalty abolition harmony – buoyed by the release of the Death Penalty Information Center’s (DPIC) annual report evidencing another year in the long-observable trend of capital punishment’s disuse and disfavor in America – both the Washington Post and New York Times’s editorial boards published opinion pieces arguing for an end to what the Times called a “cruel and pointless” practice; one that is “savage, racially biased, arbitrary,” and which “the developed world agreed to reject...long ago.”

On her well-followed Twitter account, intrepid anti-death penalty activist Sister Helen Prejean opined that the Times “opened the New Year with a bang: a full-throated exhortation against the death penalty. The editorial hit all the right notes.” While I hardly disagree with Sister Helen on anything concerning death penalty abolition – and, despite all the truthful and pointed invectives the Times’s editorial board did skillfully use to highlight capital punishment’s moral depravity – I still preferred when newspaper editors used the word ‘torture’ to describe to the American people what lethal injection really is.

For example, take the column titled “Lethal Cruelty” published by the New York Times’s editorial board over a decade ago, in April 2006: Its final paragraph, a frustrating-beyond-belief marker of the meandering, snail pace of the abolition movement in the United States, concluded: “But even justices who think the Constitution permits capital punishment should find that lethal injections that torture prisoners in the process of killing them are unconstitutional.” (Hello Justices? Hello!? Any Justices at home and awake at the high court? As Martin Luther King, Jr., once judiciously declared: “The time is always right to do what is right,” which the Supreme Court can and should do immediately by “[w]iping the stain of capital punishment clean.”)

It is precisely because of its stinging, far-reaching legal, historical, ethical, and moral implications – especially in the putative “land of the free and home of the brave” – that I respectfully submit it is increasingly more important for anti-death penalty writers to use the word ‘torture,’ as a censure, to describe the barbarity of lethal injection.

Other than genocide and atrocity, perhaps no other single-word descriptor is capable of generating the same level of opprobrium, righteous indignation, and negative international press coverage as the word ‘torture.’ A not very humble example is a column I published in the Hill last year, at about this same time, called “Alabama's torture of Ronald Smith spotlights unequal justice under law.”

(Others include an opinion I published a few months later in Alabama’s Montgomery Advertiser – not only about Mr. Smith’s patently botched execution, but about all of Alabama’s volatile executions by lethal injection – called “Is Alabama hiding that it tortured its citizens,” “Alabama’s Human Guinea Pigs: Burning People Alive on Death Row,” and, most recently in the series, “Alabama's ‘Baghdad Bob’ of Death Row.”)

Nevertheless, notwithstanding my hyper-technical, terminology-centric complaint about this year’s version of the Times’s perennial plea for death penalty abolition, it was a darned sight better than the Washington Post’s overly rosy outlook. Despite leading with the appropriately morose title, “[a]nother year in death,” the Post’s piece irrationally extols the significance of DPIC’s annual report, insipidly informing its readers there is “cause for celebration” because “[n]o matter the reason, it is heartening to see the country become steadily more humane.”

Horse hockey. Each and every year since the death penalty’s reinstatement over forty-five years ago, stern-faced state officials, particularly in the South, regularly trot out, for extra pay, withered, weakened, beaten-down – dying even – old men (and much more rarely, women) to torture them to death. This occurs many years, sometimes even decades, after their crimes of conviction. As I have written elsewhere decrying the “unacceptable racial bias [that] persists in capital punishment”: “[s]ometime soon in the 31 states that have not abolished the death penalty, leaders at the highest levels of state government, men and women – mostly men and mostly white – will hold private, closed-door meetings, in which they will discuss the most secretive, most cost-effective, most media-friendly way to go about killing one, or more of its citizens.”

And there’s nothing – not a damn thing – humane or celebratory about that.

Guest Words Columnist Stephen Cooper is a former D.C. public defender who worked as an assistant federal public defender in Alabama between 2012 and 2015. He has contributed to CityWatch and numerous other magazines and newspapers in the United States and overseas. He writes full-time and lives in Woodland Hills, California. Follow him on Twitter at @SteveCooperEsq.)