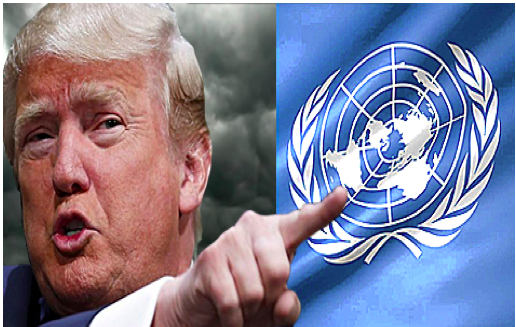 MIDDLE EAST WATCH--The concern that Iran will pursue the development of nuclear weapons once the current Joint Comprehensive Plan of Action (JCPOA) deal expires in ten years is legitimate. But addressing these concerns cannot be achieved by nullifying the current agreement, which would only strengthen Iran’s resolve to acquire nuclear weapons.

Instead, the US and its allies (along with Russia and China) should build on the existing deal so that once it expires, Iran would not simply rush to acquire nuclear weapons but weigh the benefits of not pursuing nuclear weapons against any strategic advantage it could potentially reap by acquiring such an arsenal.

This does not guarantee that Iran will give up its ambition to acquire nuclear weapons. It does, however, offer the international community the time and opportunity to provide Iran with the incentives and prospect of becoming an active, constructive, and respected member of the community of nations, should it remain a nuclear-free country.

In his speech at the United Nations General Assembly, President Trump stated that “The Iran deal was one of the worst and most one-sided transactions the United States has ever entered into. Frankly, that deal is an embarrassment to the US, and I don’t think you’ve heard the last of it.”

The problem is that Trump is determined to simply undo every piece of legislation passed or executive order issued during President Obama’s tenure, regardless of merit, utility, or effectiveness. Sadly, the JCPOA is no exception. Nullifying it, instead of certifying that Iran has and continues to fully comply with all aspects of the deal, will precipitate dangerous regional and international repercussions, obviously beyond what Trump is capable of contemplating.

The Iranian public was demanding relief from the sanctions before the deal was struck, and the government was under intense pressure to resolve the nuclear problem with the US in order to lift the sanctions and alleviate the public’s economic hardship. Now that the government is fully complying with the terms of the deal, the Iranian public will support their government’s position even if they suffer greatly from the imposition of harsh new sanctions.

This suggests that the US cannot count on the Iranians’ future public discontent to pressure their government to negotiate a new deal.Once the deal is nullified, Iran will be free to resume its nuclear program in defiance of the international community (especially because much of its nuclear facilities are still in place), which will inescapably lead to nuclear proliferation in the Middle East—exactly what the US wants to avoid.

Trump’s presumption that he could negotiate a better deal does not hold water. He has yet to demonstrate his so-called negotiating skills when he failed miserably to negotiate even with his own party to pass a new healthcare bill. Moreover, given that Iran is in full compliance, it will categorically refuse to negotiate a new deal.

The cancellation of the deal will also severely undermine the US’ credibility, especially at this juncture, when the US is trying to find a way to negotiate with North Korea over its nuclear weapons. North Korea’s leader Kim Jong-Un will have no reason to trust Trump. To stop expanding his nuclear arsenal, on which he believes his country’s survival hangs, he needs assurances that the US is negotiating in good faith—reneging on the nuclear deal will make any prospective negotiations with North Korea to reach a sustainable agreement much harder to conduct.

The US’ allies France, Germany, and Britain—along with Russia and China, who are signatories to the deal—are sternly objecting to the nullification of the deal and will not support the imposition of new sanctions. Moreover, abandoning the deal will leave the US completely isolated, undermine global security, and strain its relationship with allies, which are already under mounting stress because of Trump’s unseemly and erratic behavior.Should the deal be nullified and Iran end up with nuclear weapons, it will significantly boost its regional sway and further advance its ambition to become the region’s hegemon, which will allow it to bully its neighbors.

Moreover, it will intensify the conflict between Saudi Arabia and Iran, prolong the proxy Sunni-Shiite war in Yemen, Iraq, and Syria, and further entrench Iran throughout the crescent between the Gulf and the Mediterranean.It will hinder the US’ effort to fight violent Islamic extremism as Iran will be far more vested in supporting extremist groups, funding terrorism, and destabilizing the region wherever and whenever it suits its needs.

In addition, Iran will aggressively pursue its missile program and will not be deterred by new American sanctions, which have been a critical tool in pressuring Iran in the past.Israel’s Prime Minister Netanyahu, the lone ranger who is foolishly pushing Trump to cancel the deal, seems to be completely out of touch about the implications of such an unwise act on Israel’s national security.

Nullifying the deal will be to Israel’s terrible disadvantage, as Iran will put the development of nuclear weapons on a fast track. Based on all estimates, Iran would be able to test a nuclear weapon within a year.

Finally, the cancellation of the deal will dramatically change the balance of power in the Middle East between the Arab states and Iran. It will also have this effect between Israel and Tehran, as it will neutralize Israel’s nuclear shield and leave the country dependent on a precarious nuclear deterrence rather than maintaining its strategic advantage.

Trump should listen to his Secretary of Defense James Mattis, who recently testified before Congress that remaining party to the deal with Iran is in the US’ national security interest. Instead of cancelling the deal, which could lead to the above dire consequences, Trump (with the support of the other signatories of the deal) must ensure that Iran continues to fully comply with all the provisions of the deal while putting Tehran on notice that the international community will not tolerate the slightest violation of the agreement.

The US ought to focus on strengthening the deal and ascertain that once it expires, Iran continues to adhere to the rules and requirements of the Non-Proliferation Treaty (NPT), of which Tehran is a signatory, to prevent it from clandestinely pursuing its nuclear program.

The US must also insist that the most intrusive, unfettered, and unannounced monitoring and verification by the IAEA continues, and that Tehran clearly understands the dire consequences should it be caught red-handed in violation of the deal.

Furthermore, the US should fully bolster its intelligence cooperation with its allies by sharing relevant intelligence to prevent Iran or any of its surrogates from planning and executing any act of terror, or the shipment or manufacturing of weapons to any of its clients, such as Hezbollah in Lebanon.

Tehran must be convinced that continuing to support terrorist organizations by providing them with money and materials that would destabilize the region is not acceptable, and that Iran would pay the price not only by the imposition of crippling sanctions, but also by risking military confrontation with the US. It should be emphasized that Iran’s potential of acquiring nuclear weapons must be examined in the context of what is happening throughout the region.

To that end, the US should address the conflicts that involve Iran – including the wars in Yemen, Syria, and Iraq – once ISIS is completely defeated. Indeed, as long as these violent struggles persist, the greater is the likelihood that Iran will pursue nuclear weapons to enhance its regional stature and influence.This requires the US to engage Iran in solving the civil war in Syria and the war in Yemen, as well as the future stability of Iraq.

The US needs to also recognize the Iraqi Kurds’ right to independence, which could mitigate rather than escalate tensions between the Iraqi Kurds and Turkey, Iraq, and Iran. In addition, the US ought to provide financial aid to Lebanon, Syria, and Yemen to lessen Iran’s influence and reach.

Finally, the US should bolster the defense of Gulf countries to deter any Iranian conventional assaults while providing them and other Middle Eastern allies with a nuclear umbrella that will make the pursuit of nuclear weapons by Iran increasingly less attractive.

The US should leave no doubt in the minds of Iranian clergy that the US will stand by its commitment to protect its allies should they be threatened directly or indirectly by Iran.Conversely, Iran should expect the normalization of relations with the West and gradual lifting of all sanctions consistent with and parallel to its performance by demonstrating its willingness to end its support of terrorist organizations and violent extremists, contain its long-range missile program, and allow continued and unfettered inspections of its nuclear facilities.

Anything short of certifying Iran’s compliance with the deal will be counterproductive, as it will throw the deal into confusion and disarray, putting it entirely in jeopardy.

Sadly, Trump has yet to show diplomatic savvy or the ability to solve any crisis but only engages in reckless and dangerous polemics that do nothing but further poison the relationship between the US’ foes and friends alike.

Rendering the Iran deal null and void will cap Trump’s misguided and treacherous approach to the Iran deal, and irreparably undermine America’s global, moral, and political leadership. Trump’s generals know this best, and they should stop him before it’s too late.

(Dr. Alon Ben-Meir is a professor of international relations at the Center for Global Affairs at NYU. He teaches courses on international negotiation and Middle Eastern studies. Ben-Meir is a CityWatch contributor and can be reached at: alon@alonben-meir.com.)