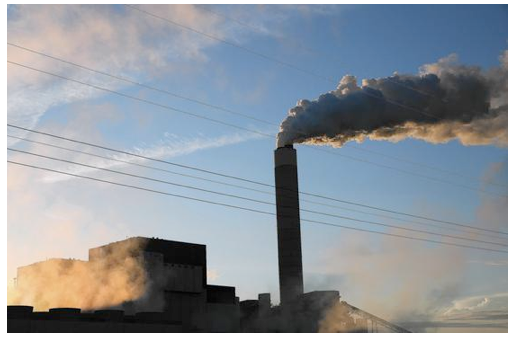 GUEST WORDS-California’s non-partisan Legislative Analyst recently released a report suggesting the Legislature cut the connection requiring cap and trade to be spent strictly to reduce greenhouse gas emissions. Taking this suggestion would be a mistake on many levels.

This state’s cap and trade program, which aims to reduce the state's overall greenhouse gas emissions to 1990 levels by 2020, is now more than two years old. Heavy industry is forced to pay an “allowance” for every ton of carbon dioxide and other greenhouse gases they emit. This is why you pay one of the highest prices in the nation for a gallon of gasoline. Think of it as your personal “carbon tax.”

It’s worth noting that at this point, while the state is collecting billions of dollars from these auctions, the Legislature has yet to decide exactly how the vast majority of these billions will be spent to reduce emissions.

When government amasses billions of dollars without making it clear exactly how those dollars will be spent, that’s a recipe for slush, waste and fraud.

And now, even while the merits, not to mention the legality of these auctions are up for debate, the Legislative Analyst is suggesting we do away with the rules that make sure cap and trade dollars will be spent at least attempting to reduce greenhouse gasses. This goes beyond the strangeness of taking away the very rationale under which this program exists.

To be sure, I am not a big fan of the cap and trade concept. While it first targeted big industries linked to greenhouse gas emissions, such as utilities and concrete production, it’s now been expanded to include transportation fuels, increasing the price of gasoline. This regressive fee structure hits lower-income families the hardest. We should not be fighting climate change on the backs of those who can least afford it.

There’s also little evidence that California’s cap and trade program will do more than simply relocate greenhouse gas emissions out of state, in turn driving more jobs and business out of California. But regardless of how I feel, this program is now underway. That leaves us with the responsibility to make sure it is run properly. The last thing we should be doing is separating the power of this slush fund from the purpose for which it was originally intended. That is how you make it even worse.

As it is, there are some dubious proposals to spend cap and trade dollars. Governor Brown says we should finance construction of High Speed Rail (HSR) with this money, claiming this will eventually reduce greenhouse gas emissions, decades from now, which is when we’ve been assured HSR will be up and running. But in the meantime, constructing HSR will produce enormous amounts of greenhouse gas emissions.

Building HSR will require pouring millions of cubic yards of concrete. Construction of this rail line will also produce millions of tons of greenhouse gas emissions from earth-moving and tunneling equipment needed for construction -- that is unless the builders attempt to try boring through nearly 40 miles of solid rock using wind and solar power.

There are also doubts that spending money on public transit systems will reduce greenhouse gas emissions. A recent report in the Los Angeles Times notes that despite spending nine billion dollars to expand light rail and subway lines, transit ridership in the Los Angeles region has declined ten percent over the past decade. When it comes to mass transit, it turns out that just because you build it, there’s no guarantee they will come.

I propose something different. As long as cap and trade remains law, we must make sure its billions of dollars are spent responsibly to reduce greenhouse gasses while providing broad-based benefits to the public.

At least half of this slush fund should be dedicated to repairing our existing roads and highways and on projects that will reduce traffic congestion. There’s no arguing that vehicles spending less time on the road produce fewer emissions. Cars stuck in traffic with their engines idling away are a needless source of greenhouse gas emissions. Spending those cap and trade billions on road repairs and congestion relief will provide real results faster, instead of waiting decades for results we may never see from HSR.

California government is already rife with wasteful, unaccountable and unproductive spending. The last thing we need is more of the same.