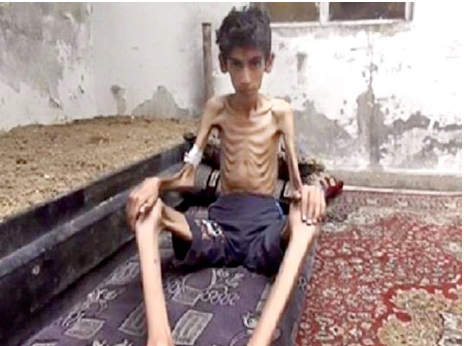 ISENBERG: A THEORY ON EVERYTHING-Tuning in to the NBC Nightly News the other night I was confronted by stark images of starving Syrian civilian children and adults. Although starving himself, one of them had managed to upload video through the Internet to an NBC reporter using a solar powered camera. Seeing these and other images taken by Russian drones of decimated Syrian cities and humanity, I could not help but remember nearly identical images that emerged over 70 years ago, when, at the end of World War II, allies liberating concentration camps found equally emaciated surviving Jews. Doesn't our species ever learn?

As NBC anchor Lester Holt cut to commercial and the next mundane story, I thought about what seems to be a recurring historical theme featuring a pervasive human tribal mentality that results in perceiving “the other” with a lack of empathy...or at least not enough empathy to prompt action.

Maybe it’s due to a misguided self-protective mechanism, but most of us think we will remain safe as long as we stay aloof from the plight and terror of others. Sadly, this indifference is what could assure the next human holocaust.

It occurred to me that this time there might just be a way of changing what seems to be such detached indifference to human suffering in the world.

So I called the Israeli Embassy in Washington, D.C. and talked to someone in the press department. I pointed out that the very existence of the State of Israel as a militarily strong and self-sufficient state -- that receives a disproportionate amount of aid from the Americans – depends on the foundational Zionist idea that “never again” would Jews be allowed to be slaughtered in silence while nobody did anything to stop it.

Was I alone in my outrage or could Israelis in 2016 retain enough historical consciousness to see that present-day Syrians desperately need their own equivalent of Zionism? Or has Israel so "evolved" that they too can now avoid the issue, viewing the Syrians as modern-day untermenschen,    completely unrelated to their own not so distant past?

I pointed out to the Israeli on the other end of the phone, that, even if he wasn't convinced by my argument, given its 68 year history of living in a constant state of war, Israel might be curious as to how the Arab world would respond if Israeli planes would drop relief supplies of food and medicine to help the innocent civilian populations caught between warring factions in Syria, Yemen, and elsewhere in the Middle East. How could such an unequivocal act of caring be explained away?

If the desire for peace, as expressed by the Arabic salaam or the Hebrew shalom, was to be anything more than empty rhetoric, perhaps Israel could discover a “third way” to take action, one in which all human life is valued. This could give pause to even Israel’s most virulent enemies.

Given the relatively small cost of implementing such a relief program, it should be tried by Israel and any other parties seeking to end the senseless carnage. But will it work? I don't know, but as my Jewish grandmother used to say, "It couldn't hurt."