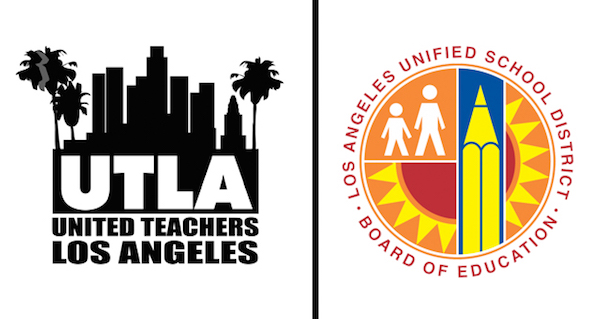 EDUCATION POLITICS-In looking at the attempt to unionize the charter school teachers of Alliance College Ready Public School by the United Teachers Los Angeles (UTLA), it is hard -- if not impossible -- to know which side represents the lesser of two evils for teachers caught between them. It’s clear to me that with or without a union, public school teachers have become employees at-will whether or not they have tenure or union representation.

I have always been a supporter of unions because I know from history just how bad any worker, white collar or blue collar, is treated when they do not have the power that collective bargaining and the ultimate threat of a strike gives them. The present reality for teachers and others represented by unions like UTLA is that once targeted by their employer -- be it LAUSD or Alliance College Ready Public School (if UTLA succeeds in getting their teachers to join) -- UTLA has and will do nothing to stop any teacher's removal, even if it is clear that there is absolutely no legal or reasonable justification for such action.

Simply stated, Alliance College Ready teachers without a union are presently employees at-will, subject to being legally fired without cause. What these teachers don't understand is that, even if they vote to join UTLA, they will remain de facto employees at-will subject to firing at will. UTLA has stood by for the last six years while its own dues paying members -- 87% of whom are over 40 and at the top of the salary scale -- have been removed by LAUSD from their careers as teachers without UTLA lifting a finger to stop this.

No, that really doesn't go far enough in laying out UTLA's complicity in allowing its own members to be fired without cause, because it is clear that LAUSD could not have and would not have even tried to remove the thousands of senior teachers it has removed without the active complicity of UTLA's entrenched and self-dealing bureaucracy and officers.

There is clear language in the LAUSD-UTLA Collective Bargaining Agreement that would have allowed UTLA to come to the defense of its targeted senior rank and file teachers in one unified action for wrongful termination, which is clearly authorized by this agreement. And yet, UTLA has done nothing. Such action would have been far more effective and less expensive than dividing every targeted teacher’s case in a costly process left to the isolated teacher, who received no help from UTLA, even though they had paid dues for years, supposedly to cover such an eventuality.

When push came to shove, teachers like this were completely jettisoned by UTLA. And now, to add insult to injury, UTLA has the chutzpah to seek a raise in union dues to cover the costs of having squandered union dues on who knows what (they refuse to show their books) while steadfastly continuing to refuse to defend their rank and file.

On December 3, 2015, UTLA was able to get an injunction against Alliance College Ready Charters to stop Alliance's alleged interference in UTLA's attempt to organize Alliance's teachers. A bit of advice to the Alliance's leadership, if they still want to stop UTLA:  Have your teachers contact me or any one of the hundreds of ex-LAUSD teachers I can put them in touch with and we will give them hard evidence as to how worthless UTLA was to us. And then there are the 2000 plaintiffs in attorney Mark Geragos' class action against LAUSD, none of whom got any help from UTLA.

UTLA is worse than no union at all since it gives the illusion to teachers that they are represented and protected. Nothing could be further from the truth. The sooner teachers realize this, the sooner a real union can be organized to give professional teachers the representation and protection they need in the fight to reestablish a public education system that once again can educate the public.

(Leonard Isenberg is a Los Angeles observer and a contributor to CityWatch. He’s a second generation teacher at LAUSD and blogs at perdaily.com. Leonard can be reached at [email protected]) Edited for CityWatch by Linda Abrams.