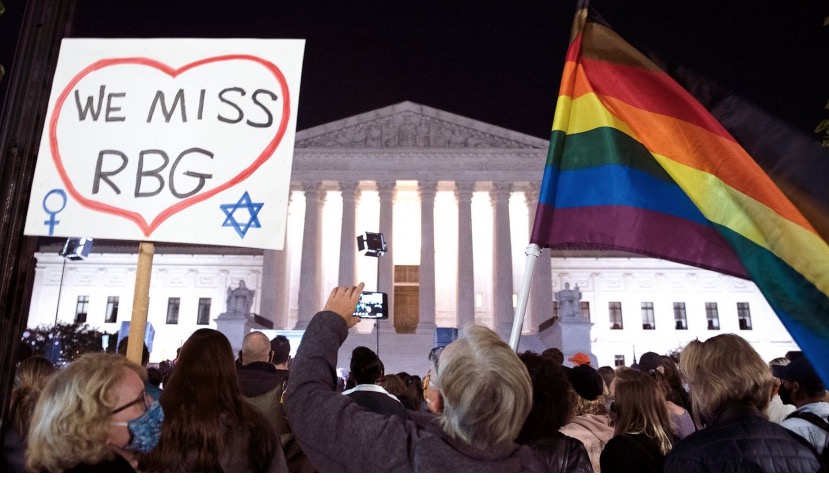 GUEST COMMENTARY - Regardless of anyone’s views on abortion, the Supreme Court’s decision in Dobbs v. Jackson took away a reproductive right that a half-century of hard-fought judicial precedent had determined was constitutionally protected.

In doing so, the court set a dangerous precedent — that a person’s rights can be taken away.

Overturning Roe v. Wade was a triumph of politics and ideology over constitutional principles. It diminished the power and equality of women, along with transgender men and non-binary people, to make informed decisions about their own bodies without fear of government intrusion.

The opinion itself fails as an application of long-standing constitutional law. The justices arbitrarily discarded precedents they opposed, like Roe and Planned Parenthood v. Casey, threatening the role of precedent in ensuring legal stability.

They selectively reasoned in Dobbs that abortion law should be left to the states, but conveniently did not grant that same level of deference when they declared a New York law unconstitutional for limiting concealed weapons.

This is hardly the first time that the ideologies of Supreme Court justices have shaped their decisions.

Preeminent constitutional law scholar Erwin Chemerinsky noted in his June 24 Los Angeles Times column, “From the 1890s until 1936, the court had a very conservative majority and declared unconstitutional over 200 federal, state, and local laws protecting workers and consumers.”

By contrast, the Warren court from 1954 until 1969 had the court’s only liberal majority, and “its decisions were progressive in a way never otherwise seen in American history.”

The Warren court famously overturned Plessy v. Ferguson with its Brown v. Board of Education decision, thus ending discriminatory “separate but equal” laws. But unlike Dobbs, the court in Brown overturned precedent to expand rights, not take them away.

Millions of people across the country are already experiencing the ramifications of Dobbs as Republican-controlled states systemically outlaw reproductive rights. Around 26 states, most in the Midwest and South, are expected to ban or severely restrict access to abortion.

In this strange, post-Roe America, accessing guns and controlling women’s bodies take priority over health care, housing, paid leave, and other rights needed to truly protect a “right to life.”

Even worse, the Dobbs decision that overturned Roe could signal a rollback of the fundamental right to privacy.

This right protects the use of contraceptives under Griswold v. Connecticut and same-sex marriage under Obergefell v. Hodges, among other protections. Although the Dobbs majority opinion ostensibly applied to abortion, this would not stop the current or a future court from reconsidering these precedents as well.

A strong majority of Americans support keeping abortion legal, according to Gallup and other polls. Gallup also found in 2021 that only 25 percent of the American public have confidence in the Supreme Court — the lowest approval rating in history for the court’s nine unelected, lifetime members.

Congress also shares blame. Democrats were quick to fundraise on the abortion issue for upcoming elections but they have not prioritized reproductive rights in the past. Meanwhile, Republicans are imposing conservative religious views on a country founded on the separation of church and state.

The Supreme Court may have the power to interpret the Constitution, but it is not above it. Congress has the authority to place a much-needed check on an increasingly unbalanced court such as by imposing term limits, adopting an ethics code, and impeaching justices to ensure accountability.

The end of Roe should also foster a larger discussion on the imperfections of our political system and the dire need for greater democracy. These structural cracks transcend any individual Supreme Court decision or president.

The Constitution begins with “We the People of the United States,” because we are ultimately responsible for realizing its promise. A right that can be revoked isn’t a right. It takes the sustained action of people to attain that more perfect and just union.

(Farrah Hassen, J.D., is a writer, policy analyst, and adjunct professor in the Department of Political Science at Cal Poly Pomona. This op-ed was distributed by OtherWords.org.)