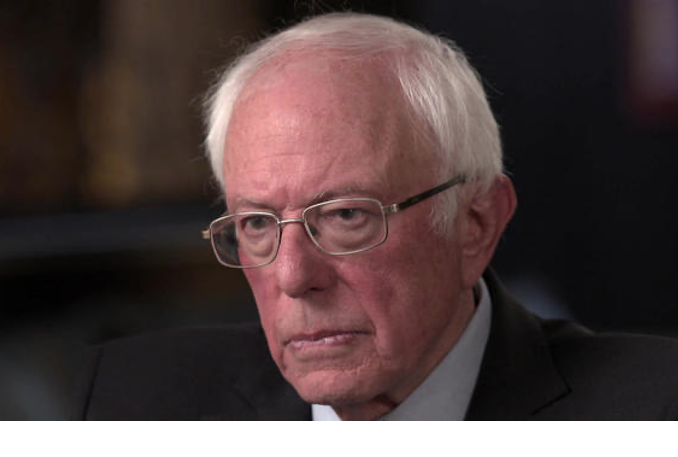 INTRO FROM LIZ AMSDEN - Whether you are Democrat, Republican or Independent, most politicians you know are probably pretty good at telling you what they do and what you should do.

Complaining and feeling sorry for ourselves in our tribulations gets us nowhere, so I’m a firm believer that taking an action, no matter how small, is the first step on the road to recovery.

So, it was a pleasant surprise to see the following message from Bernie Sanders in my inbox Sunday morning – not the regular confirmation questionnaire as a gin-up-the-folks prequel to requesting another donation, but a heartfelt request, acknowledging the feelings so many of us are experiencing, and asking for our ideas on how to improve life in these United States.

I’ve said it before, but it bears repeating. We are living through the most difficult period in our lifetimes. If you are feeling anxious, depressed, overwhelmed, confused, angry — you’re not alone. Millions of others feel exactly the same way.

This pandemic has had a devastating impact upon our country. Over 900,000 people have died from COVID, and tens of millions have been made ill. Many thousands of workers have lost their lives simply because they went about doing their jobs, while millions of other workers have chosen to find new employment paths. The education of young people, from child care to graduate school, has been severely disrupted. Elderly people have become increasingly isolated, fearful of catching the virus from grandchildren, friends or family. Mental illness is on the rise, as is drug addiction, alcoholism and domestic violence.

Poll after poll shows Americans are not only giving up on democracy and establishment politics, but they have less and less faith in the media, the scientific community and other foundations of civil society. Conspiracy theories, with the aid of the internet, are on the rise. With Trump and many Republicans continuing to deny Biden’s victory and actively suppressing the vote in many states, the likelihood of the United States moving toward authoritarianism is growing more and more. This is accompanied by increased racism, anti-Semitism and xenophobia.

Oligarchy and massive income and wealth inequality are getting worse. While the billionaire has class seen its wealth explode during the pandemic, a handful of giant Wall Street firms now control over $20 trillion in assets and many hundreds of companies. In recent years these Masters of the Universe have significantly increased their influence over media, banking, health care, housing and many other sectors of our economy. Never before have so few owned and controlled so much. Meanwhile, half of our people continue to live paycheck to paycheck and the high inflation rate is making life for the working class even more difficult.

And you know about the existential threat of climate change. The scientists tell us that we have only a few years to transform our energy system away from fossil fuel and into energy efficiency and sustainable energy if we’re going to avoid massive and irreversible damage to the planet. And yet our government, and governments throughout the world, are doing far too little to address the crisis.

And, oh yes, Putin has put 140,000 troops on Ukraine’s border and we may be looking at the most devastating war in Europe since WWII, which could well have global consequences.

So. If you’re feeling a little under the weather, there are some pretty good reasons for that.

But the answer to all that is not to bury our heads in the sand or wallow in despair. It is to fight back. It is to figure out how, in these enormously difficult and complicated times, we can save our country, save democracy and save the planet. Not easy to do. But we don’t have much of a choice. And we have to go forward together.

Please make your remarks as short as possible because I would like to publish as many thoughtful statements as we can in an upcoming email.