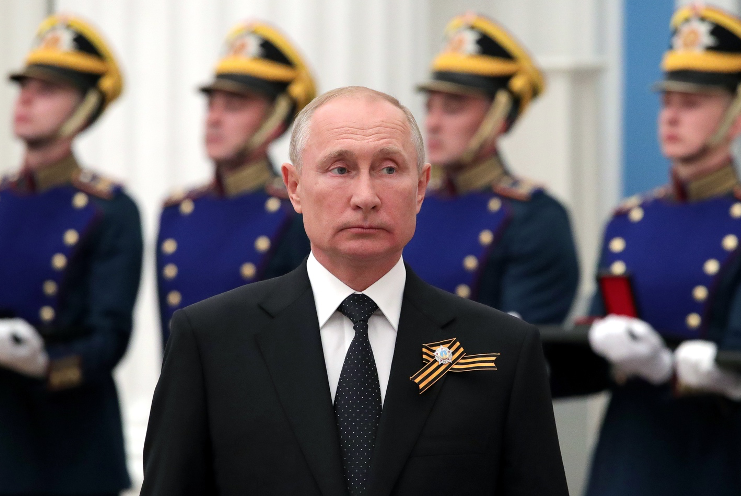 GUEST WORDS - Vladimir Putin is not Russia and he is not “the Russians.”

Some say Biden is right in amassing troops in Eastern Europe in support of NATO countries there, pursuant to Russian aggression on the Ukraine border.

Some say Russia is a benign factor, only interested in safety, justifiably nervous about being surrounded by hostile powers.

Yes, Russian paranoia, from its phobia about the Teutons (Germans) to the west and the west in general to the US to its east and west (when your country spans 11 time zones many are to both your east and west) is understandable.

I mean, Winston Churchill advocated that the west should “strangle the baby Bolsheviks in their cradle,” for heaven sake.

OK, Russia is no longer Bolshevik.

Putin was KGB for the Bolshevik Soviet Union. Arguably, however, he was never an actual, ideologically driven communist.

Right. That’s a comfort. He’s only a conniving, murderous, power-mad dictator with world domination ambitions who uses every dirty trick to cause destructive chaos and polarizing hatred in other countries such as the US. So I wouldn’t worry.

Putin prides himself on thinking 12 moves ahead. He sees himself as the superior Russian grandmaster in global hegemonic chess.

Biden is falling for it.

Threatening Russia militarily is playing chicken with destruction of the world. Literally. And it plays into Putin’s hand.

Putin controls a vast country, but he is fixated on regaining the global strongman status enjoyed by his predecessors who headed the Soviet Union. Getting all chest-to-chest man-dance with him is exactly what his pathetic ego needs. C’mon, Joe. Do better.

Americans are ideologically driven to either hate Russia—they are the Cold War enemy forever—or defend Putin—he’s just leading a country that has been invaded by Napoleon and then the Nazis so whatever malfeasance he commits, we understand. Poor baby.

Ideology is not reality.

There are other, nonviolent, methods by which we can coerce Putin. Fortunately, the Biden administration is at least looking at some of them, some powerful sanctions that don’t involve guns and bombs.

Those need examination and evaluation.

Sanctions that constrain Putin are good.

Sanctions that hurt average Russians and never touch Putin are worse than useless.

As long as Putin can point to the US/NATO dagger at the throat of Russia, his grotesqueries will have public acceptance in his country. When he can sell the US and NATO as the modern Napoleon and Hitler, he will have the backing of his people. When NATO bristles with thousands of troops and millions of tons of explosive munitions pointed at Russia, Putin gets away with anything because we make it possible for him to posture to his people as their champion, their defender.

Disciplining ourselves to only use smart nonviolent but coercive sanctions that target Russian elites is frustrating in the short run and will win over time.

To paraphrase and rephrase (without apologies) that old bloviating scoundrel Winston Churchill, nonviolence is the worst form of conflict management except for all those which have ever been tried.

(Dr. Tom H. Hastings is Coördinator of Conflict Resolution BA/BS degree programs and certificates at Portland State University, PeaceVoice Senior Editor, and on occasion an expert witness for the defense of civil resisters in court.)