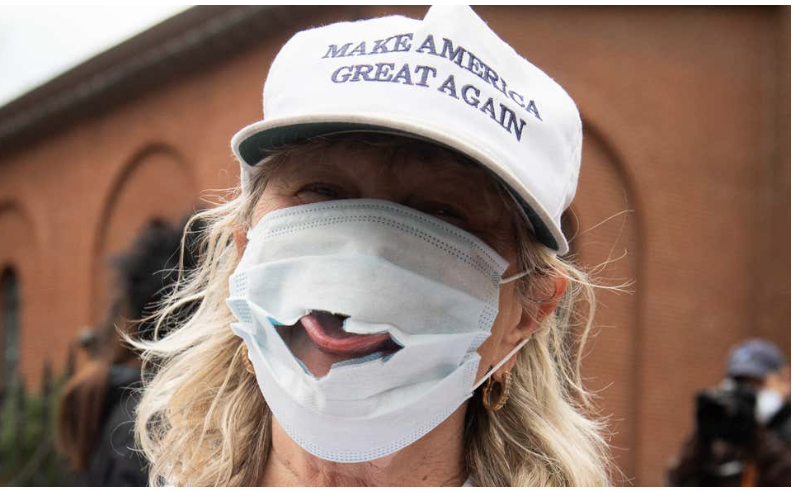 COMMENTARY - We know Republicans lie. We know they are racist.

They are liars. They are racists. We already knew this.

But when Texas Lt. Governor Dan Patrick (not that one) and Fox News’ resident Nazi Barbie blamed the worsening COVID pandemic on Black people’s lack of vaccination and affinity for TikTok, it wasn’t just a racist, stupid lie. It was mathematically, scientifically and factually wrong. It was so wrong, the only way someone could believe such a blatant disregard for facts is if they, too, were racist. And stupid. And a liar.

“The COVID is spreading; most of the numbers are with the unvaccinated,” Patrick whitesplained before Fox News host Laura Ingraham babbled something about TikTok videos. “The biggest group in most states are African Americans who have not been vaccinated. The last time I checked, over 90 percent of them voted for Democrats in their major cities and major counties.”

Let’s be clear. The second-in-command of the country’s second-most populous state didn’t misspeak. Since African Americans are 12.9 percent of the state’s population and 7.9 percent of vaccinations, Patrick knows Black Texans are more vaccinated than white Texans. Nationwide, Black Americans have been getting vaccinated at higher rates than whites and may soon surpass non-Hispanic whites in the percentage of vaccinated, according to CDC data and KFF. Plus, Patrick knows that there are three times more white people in Texas than Black people. He knows that there are five times more white people in America than Black people. So he knows “the biggest group in most states are African Americans who have not been vaccinated” is not true.

He was lying. He knows what “biggest” means. Patrick knows how numbers work. But it’s hard to prove he was lying about the “Democrat” statement. Aside from polling, there really isn’t much data because no one has compared COVID cases, deaths or even vaccination rates to political parties. We looked, but we couldn’t find very specific data.

So we did it ourselves. 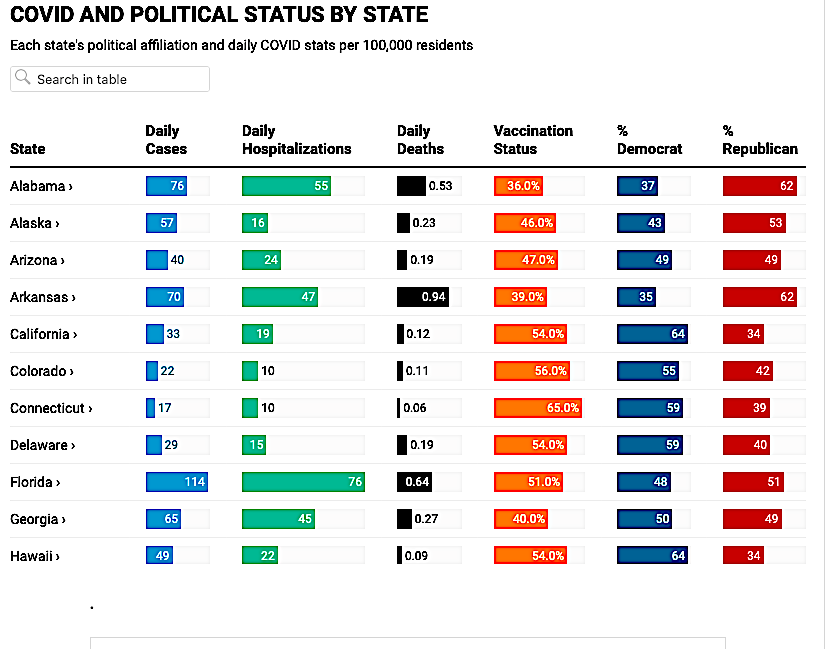 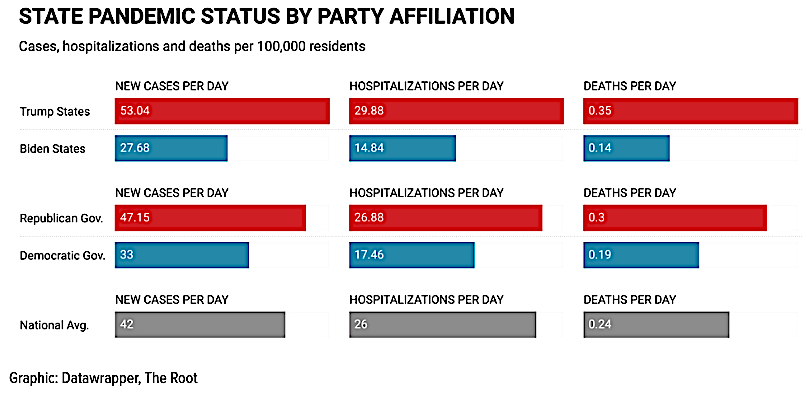 Instead of comparing apples to oranges, we used the CDC’s data to compare each state’s per capita rates of positive cases, hospitalizations and deaths as of August 18, 2020. We also included the political party of each state’s governor, along with the state’s popular vote total in the 2020 presidential election to analyze the political effect on each state’s COVID status.

Given their aversion to masks, vaccines and facts, it may be safe to assume that COVID-19 is worse in Republican-led states. But we wanted to see if states that voted for Trump were experiencing the pandemic differently than states who voted for Joe Biden. Have efforts to ban mask mandates, open schools and spread disinformation by Republican governors like Florida’s Ron DeSantis and Texas’ Greg Abbott affected vaccine rates and COVID cases?

What we found was staggering.

Red states are failing at protecting their citizens from the coronavirus in every measurable outcome. The COVID-19 pandemic hospitalizes and kills residents of MAGA states at twice the rate of states that voted for Joe Biden. Even worse, people who live in states with Republican governors are experiencing a pandemic that is one-and-a-half times worse than states with Democratic governors. Fewer citizens of GOP-led states have been vaccinated, more people catch the virus, more people are hospitalized and more people die.

Thank you for coming out. God bless. Good night.

What? You need more?

Here are a few more facts that may interest you:

Of course, even taking the GOP’s anti-science stance into consideration, it is an oversimplification to say that Republicans are responsible for the pandemic. The truth is much more complex and any realistic analysis must factor in urbanization, income, the availability of rural healthcare and community resources. Still, the data is remarkably consistent on this. Feel fre to sort through it yourself.

Unless, of course, you are busy “making a TikTok.”

(Michael Harriot is a writer for The Root where this story was first posted.)