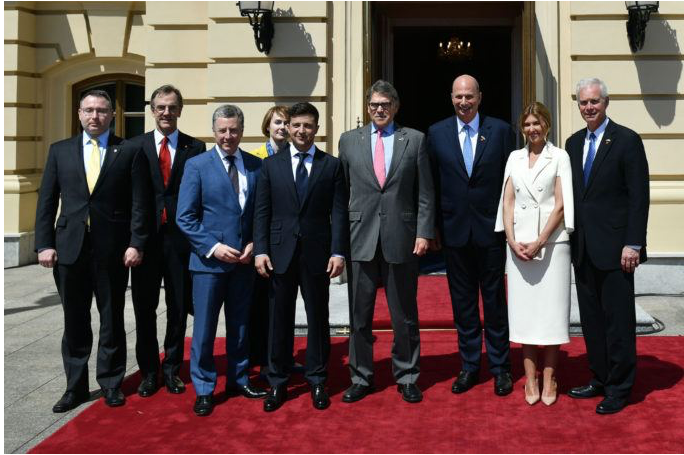 Alexander Vindman, the former U.S. Army lieutenant colonel, provided testimony to the Congress in 2019 that framed the charge of abuse of power in the impeachment trial of former president Donald Trump.

In doing so, Vindman displayed a political courage that is far different from courage on the battlefield.  He is an American hero on various levels.  Nevertheless, his policy positions on Ukraine, if adopted, would pose a danger to U.S. national security policy, risking an unnecessary confrontation with Russia and a divided transatlantic alliance.

U.S. policy toward East Europe for the past quarter-century has been counter-productive.  President Bill Clinton started down the wrong road in the mid-1990s with the expansion of the North Atlantic Treaty Organization (NATO).  President George W. Bush widened the expansion to include former republics of the Soviet Union and even flirted with bringing Ukraine and Georgia into NATO.  The flirtation with Georgia led to the short war in the summer of 2008 between Russia and Georgia.  The flirtation with Ukraine provided the context for the Russian-American clash over Ukraine that culminated with Moscow’s seizure of Crimea in 2014 and its intervention in the Donbass, the industrial center of eastern Ukraine, which is ongoing.  German Chancellor Angela Merkel warned Bush not to challenge these Russian “red lines” on its borders, but U.S. policy makers have been deaf to the dangers for too long.

Vindman’s new book, “Here, Right Matters: An American Story,” focuses on Ukraine as a strategic partner for the United States, which Russian President Vladimir Putin and presumably his successors would never accept.  Vindman sees Ukraine as a “U.S. partner crucial to our Russian strategy,” and a “bulwark against Russian aggression in Eastern Europe.”

The Russian threat to Eastern Europe has been greatly exaggerated, but it would not be a discussion topic if the United States had not expanded NATO and then deployed a regional missile defense in Poland and Romania.  The United States has also deployed heavy arms in Eastern Europe and the Baltics, and former president Trump even talked of creating a “world class” military base in Poland.

Every U.S. step in Eastern Europe since the dissolution of the Soviet Union in 1991 has been a betrayal and repudiation of guarantees that were given by former president George H.W. Bush and former secretary of state James Baker to their Soviet counterparts, Mikhail Gorbachev and Eduard Shevardnadze.  In order to achieve Moscow’s withdrawal of 380,000 military forces from East Germany in 1990, the U.S. leaders promised not to “leapfrog” over a reunified Germany in order to assert influence in the countries of the former Warsaw Pact.  In his long article in the current Atlantic magazine, Vindman mentions none of this.

Sadly, the impeachment trial in 2019 produced a series of statements from officials of the Department of State as well as key congressional leaders that assumed a strategic partnership between the United States and Ukraine.  Adam Schiff, the chairman of the impeachment process, opened the hearings with a reference to Ukraine as a “strategic ally” of the United States.  Key witnesses from the Department of State, who were senior Foreign Service Officers and seasoned diplomats, argued that it was essential for the United States to be a “reliable strategic partner” for Ukraine.  George Kent, the regional director for Ukraine, argued that “U.S. national interest was at stake in Ukraine,” a country on the “path to become a full security partner of the United States within NATO.”

It was essential to push back against Trump’s bizarre courtship of Putin and Russia, but using Ukraine to do so virtually guarantees a tougher Russian stance toward Ukraine and a nastier U.S. relationship with Russia.  We have important national security interests in Russia; we have no vital interests in Ukraine.

NATO expansion has proven to be not only a major irritant in Russian-American relations, but the leading cause of what appeared to be the start of a new Cold War.  U.S. hysteria regarding the intentions of Putin’s Russia is an obvious contributor to this mutual hostility.  The philosopher Reinhold Niebuhr concluded that one of the greatest challenges in international relations was “finding proximate solutions to insoluble problems.”  The United States must recognize that its actions on Russia’s borders merely activate what George Kennan termed Russia’s “instinctive sense of insecurity.”

One year after the collapse of the Soviet Union, Francis Fukuyama wrote a fatuous book titled “The End of History” that argued the joint triumphs of liberal democracy and a controlled capitalist economy had ushered in an era of peaceful and boring post-ideological politics.  Actually, the collapse of the communist bloc in East Europe and the Soviet Union in 1991 contributed to a surge of nationalism that has enveloped the borderlands of the former Soviet space.  Benighted U.S. efforts to challenge the nationalist geopolitics of the region will only worsen the overall security picture.

Unfortunately, Vindman’s own nationalism regarding his birthplace and his overall political naivety contribute to notions of American “exceptionalism” regarding our use of military power to influence political events far from our shores.  Such “exceptionalism” has led to the “fool’s errands” we have pursued in Southeast and Southwest Asia as well as the Middle East.  We should not add East and Central Europe to this list.

To ensure that things could “get worse before they get worse,” policy “experts” are now making the case for the United States to get more active in Kazakhstan in order to challenge the influence of Russia and China in Central Asia!  Why would we want to do that?  Is it our purpose to opposed the influence of other nations simply because we are the only country in the world that should have global influence?  One might well ask the question: what would be the U.S. reaction to a Russian or Chinese effort to deploy ships to the Gulf of Mexico or to pull Canada or Mexico into its sphere of influence?

(Melvin A. Goodman is a senior fellow at the Center for International Policy and a professor of government at Johns Hopkins University.  A former CIA analyst, Goodman is the author of Failure of Intelligence: The Decline and Fall of the CIA and National Insecurity: The Cost of American Militarism. and A Whistleblower at the CIA. His most recent book is “American Carnage: The Wars of Donald Trump” (Opus Publishing), and he is the author of the forthcoming “The Dangerous National Security State” (2020).” Goodman is the national security columnist for counterpunch.org.)