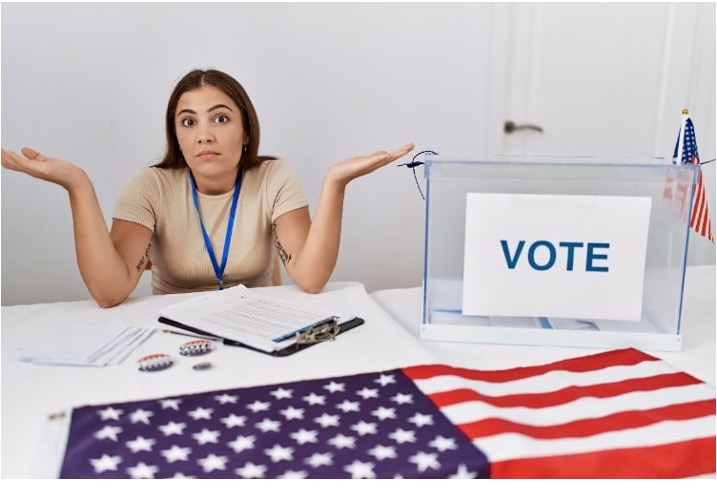 GELFAND’S WORLD - Television advertising on ballot initiatives has one strange characteristic. The ads never tell you exactly what it is that the initiative does.

Let's continue this series on the November ballot initiatives by looking at Prop 27.

Online sports betting is not legal in California. There are giant corporations that would like to see sports betting made legal so they can get in on the gravy. They see billions to be made.

There are three things these corporations would like to see.

They would like to see online sports betting legalized in California.

They would like to limit the taxes they pay on their winnings.

They would like to keep competitors out of the business.

That, in a nutshell, is what Proposition 27 is about. You can forget all the nonsense in the television ads about how Prop 27 was created to cure homelessness. That's the sizzle they are using to sell this piece of rotten meat. All those TV commercials showing homeless encampments and featuring passionate advocates for the homeless are way off base. Let's see why.

California could legalize sports betting any time it wants. It just takes a legislative act to put a change on the ballot. Ideally, the change would give the government authority to legalize and regulate sports betting on its own terms.

We could expect that the state would set a tax rate considerably higher than the 10% we see in Props 26 and 27, and it would likely have the tax money go into the state's general fund. That means that taxes on sports gambling could be used in whichever way the legislature determines to be most important at any one time. It's possible that new gambling taxes might be used to build housing for the homeless -- but only for a while -- and would be used to balance the state budget in other years. This is what the state legislature is designed to do.

One problem with Prop 27 (although not the only one) is that after it creates a new source of money, it assigns that money to a specific function. This is generally a bad policy. Money taken from the public would be used to benefit a specific group of people and would always require this kind of appropriation, year after year, even if the homelessness problem should go away in the next few years.

As an aside, we should also consider that the funds set aside for the homeless might be used in a wasteful and even illicit manner, as we have seen in the case of local homelessness bond issues. We would have an ongoing flow of money -- in large quantities -- and there is a strong likelihood that they would be a source of waste, fraud, and graft. And once the funding appropriation is written into the state constitution, it is incredibly hard to undo the damage.

Here is another issue that hardly anybody is talking about: One function of Prop 27 is to keep sports betting in the hands of a few giant corporations and to keep the competition out.

How will they do that? It's written right into the act. Let's take a look at how the state Legislative Analyst Office describes the procedure:

So there it is, in plain English. "A gambling company must pay $100 million when its five-year license is approved. It must also pay $10 million each time its license is renewed."

By the way, that 100 million dollars is not a license fee. It's just a down payment on the taxes that will be paid from gambling winnings. The $100 million will count against the taxes. The problem with this kind of system is that it limits participation as a sports book to the wealthiest corporations. You and your medium sized business won't be able to afford the entry fee. Even Indian casinos will have to pay $10 million (a break, but still a lot of money) so only the big time Indian casinos will be able to play.

The main reason for Prop 27 as written

Just like Prop 26, this proposition is designed with one thing in mind: to prevent the state of California from imposing a higher level of taxation. As I pointed out in the previous article on Prop 26, there are states which receive a much higher percentage in gambling taxes, and it doesn't seem to have hurt the business in those states. California is a huge opportunity, with 12 percent of the U.S. population. That's a lot of potential sports betting. The big companies could make a substantial profit while paying much higher taxes if the state of California decided to join the business.

And this is a good, solid reason to vote NO on Prop 27.

How do these initiatives get on the ballot?

Suppose someone came up to you in the supermarket parking lot (as they like to do) and offered you a chance to sign a petition "to fight homelessness by taxing casino gambling." I'm guessing a lot of people signed after a spiel more or less like that one, which is why we have Props 26 and 27 on the ballot. It wasn't exactly false, but it wasn't exactly true either. The lie was by omission, because the initiative would also have to change the state constitution to make sports betting legal. That's the part that they probably didn't tell you.

There is a reason to avoid signing any petition offered to you, unless you know exactly what it does. Sometimes you do -- if you signed a petition to recall the current county sheriff, you would have done so in full understanding of what the initiative was about. But when somebody approaches you with five clipboards full of petitions, each more complicated than the next, then you have good reason to avoid signing. Ballot initiatives written by private interests (the gambling industry, the oil or drug companies, one or the other political party) usually have some hidden advantage to them which is a disadvantage to the rest of us.

People tend to be polite to petition gatherers, and who wouldn't want to enact a law to keep pedophiles in prison? I've had that one pitched to me for a proposed initiative that had nothing to do with the claimed intent. Petition gatherers lie and deceive. That's how they make their living, considering that they get paid by the signature. Think twice before ever signing one of those petitions.

In coming days, what do Propositions 29 and 30 actually do?