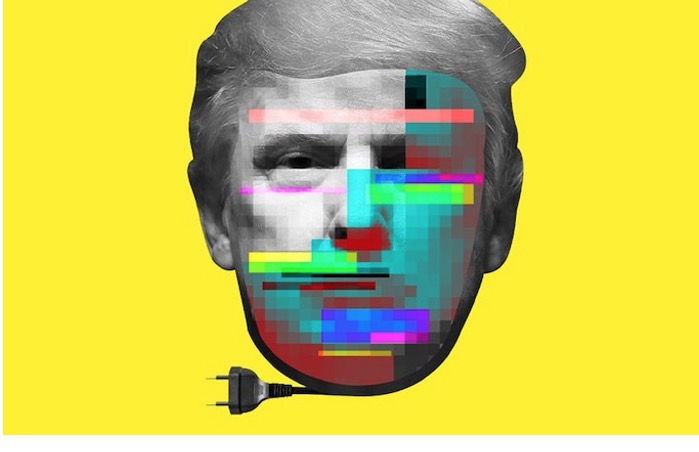 GELFAND’S WORLD - The news media have been floating the question as to whether prosecuting Donald Trump would be too divisive.

This is the sort of question that has lots of bad answers and not a lot of good answers. Let's start by pointing out that if the former president is indicted for Espionage Act violations or for conspiring to steal the 2020 presidential election in Georgia (or even for tax fraud) then this ought to be, first of all, a question of the facts in the indictment and not whether one side feels upset.

Still, there is a legitimate question as to whether it is the wiser course to avoid prosecuting a former president as a way of preserving the stability of our democratic system. Bluntly speaking, it is better that we avoid a situation where a general feels that it is possible to depose a current president by force and violence. Our system rejects this approach, leaving the decision as to who will rule over us to the voters as a whole.

We can compare this to the endless wars over kingly succession in Europe and England. We can also read The Prince by Niccolò Machiavelli, which offers advice as to how to take over a kingdom and then to keep it. As an aside, let me offer you a set of quotes from Machiavelli here, and invite you to consider how many are perfect descriptions of Donald Trump and his lifelong behavior.

No, we do not want to replace our system of peaceful transition from one president to the next. The alternative is some other method in which amoral, ruthless people strive for power by imprisoning their opponents, engaging in civil disturbances, and otherwise violating the traditions of a peaceful democracy. And this is the reason that we must be extraordinarily careful about doing anything to disturb the peaceful existence of a former president.

The default is that we leave former presidents alone, because our existence depends on the existence of the system of peaceful transitions.

That, I would propose, is the one reason for leaving Donald Trump alone, and not whether or not his followers threaten our lives and wellbeing should we choose to take legal action against him.

That was my opinion until recently.  I was of the opinion that Donald Trump should be defeated for reelection and, once defeated, be left alone to live his life. This was in full knowledge that Trump had violated the laws of the land and of individual states dozens or even hundreds of times during his presidency. Every single day that Trump accepted hotel fees from foreign countries was a violation of the emoluments clause. He was impeached twice, and for good cause, and should have been removed from office.

It took the individual acts of tens of millions of voters to remove him, and that we did.

So the question is whether that default condition -- leave former presidents in peace -- should be violated in the case of Donald J. Trump. I think that it should be.

To indict and try a former president, there ought to be overwhelming cause. We avoid such treatments for trivial and minimal issues, which even include acts of petty corruption. The Trump administration was characterized by nothing but petty corruption, and we do not indict him on that basis.

Donald Trump not only violated the law at the time he left office, he has continued to engage in the same conduct even now. He held onto top-secret documents until relieved of them by the FBI raid, and who is to know whether he has more of them even now? We do know that many of the file folders that should have held secret documents were empty by the time the FBI seized them.

Perhaps even worse, Trump made a concerted attempt to destroy our system of free elections by attempting to halt the congress in its Constitutional duty to declare Joe Biden the elected president. There is a decent case to be made that by stalling the congress until after January 6, he might have raised enough doubt to justify throwing the election into the House of Representatives, where he likely would have won. And in so doing he would have badly damaged, if not outright destroyed, our democracy.

This is serious stuff, and justifies prosecution. At some point, the crimes are so serious as to justify ignoring the default condition.

What the television journalists seem to be saying

When television discussions such as Meet the Press talk about the dangers of divisiveness, they seem to be talking about the danger that Trump supporters and all the right wing kooks will pick up their semiautomatic rifles, don their vests, and take up arms against the republic. What that might mean in practice is left to the imagination, but a repeat of the January 6 violence, but all across the country, seems to be the vision.

I don't think that we should determine whether we do demonstrably necessary things because some violent minority wants to hold us to ransom based on their violent proclivities. Yes, we should avoid little civil wars when possible. It is the wiser thing to do. But necessary things should not be subject to anonymous threats. We should stare the right wing crazies in the eye and invite them to join their January 6 collaborators in prison. (I suspect that one result of the ongoing January 6 prosecutions is that people who would have picked up an AR 15 and marched towards City Hall are less likely to do so, now that they've seen that they are not in the majority.)

The one remaining question is whether the evidence exists to indict Donald Trump for the illegal possession of classified documents (hard to argue with this one) and for conspiring to prevent a lawful election in the state of Georgia (still in process).

Should there be overwhelming cases, then the criminal charges should be filed.

A wise, if not emotionally therapeutic resolution

The best resolution would be for Donald Trump to plead guilty to one felony count in each of the two indictments -- one for violating the Espionage Act, and one for conspiracy to interfere with the presidential election in Georgia. Under the plea bargain, Trump would accept a suspended sentence based on a promise not to engage in more criminal acts, and agreeing not to run for any public office ever again. If he were to declare his candidacy and register as a candidate, his suspended sentence would be reinstated. It is the sort of resolution that would enrage both sides, but would solve a serious problem we now face.