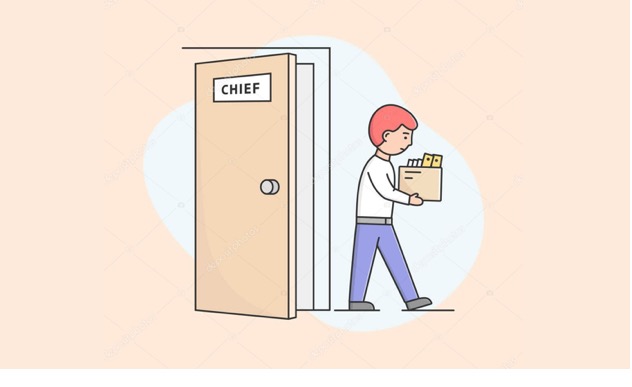 GELFAND’S WORLD - My opening story is from southern Kentucky and is from a couple of years ago.

A young couple (maybe 20 something) are waiting in a store. The young man sees a middle-age woman, who is his manager, come out from the back. He asks her "Is it ready?" and she tells him curtly, "No, it's not ready. You'll have to come back later." So what was it he was waiting for? He wanted to know if his work schedule for the next week was ready yet, because he was trying to leave for the weekend for a friend's wedding. Under the rules of that establishment and the state law in Kentucky, he had no right to be told his upcoming schedule at any particular time in advance. If he were to miss work because he didn't know the new schedule, he could and likely would be fired. He would have no recourse because Kentucky, like most states, has what is known as "at will" employment. They can fire you at any time, for any reason, provided it isn't a violation of one of the protected classifications such as race or national origin, and even then, it would be a battle to get compensated.

This is the way it is in most states in this country including California.

So that's the current situation for millions of people in our United States. Unless you work in a unionized company or for the government, your rights in the workplace are severely constrained. You don't know your upcoming schedule until they damn well feel like telling you, and that might not be until a few days before it comes due.

You are held to part time employment (sometimes 33 hours in a week, max) because that way, they don't have to spend as much on benefits. You won't get medical insurance, except maybe some pathetic fabrication that is hardly worth having. You don't have any guaranteed number of hours -- sometimes you are lucky to get 8 hours in the whole week.

What rights do you have and what rights ought you to have but don't?

How might things be getting better at the moment?

Are there any suggestions we can make that would be certain to improve things?

We'll take them one at a time, although this will have to be a brief view of a complicated subject.

Let's start with the rights you ought to have but don't. You ought to be able to have predictable and steady hours so that you can plan around them. If you are only getting 15 or 20 hours, you should know when the empty hours are, so you can try to fill them with some other kind of employment. When the employer has you working two days a week, but one week it is Monday and Wednesday, while the next week it is Tuesday and Saturday, you have a big problem -- how can you plan around that kind of scheduling, since the next pay period you might be assigned different days completely.

Even worse, you might be working 4 hours a day on 4 different days, spread out randomly over a 14 day period. They can give you 25 hours or they can give you 8 hours, and you have no say in the matter.

If you have a beef with a supervisor or a fellow employee, one or both of you can be fired at any time, and you don't have well defined rights for due process, for confronting your accusers, or for defending your record as a worker against a malicious accusation.

And in this supposedly greatest nation on earth, you don't have medical insurance unless you buy it yourself. Luckily we have the Affordable Care Act to cover some of us, but it isn't an optimal solution due to chronic underfunding.

What remedies are there, or should there be, for such problems?

The first, most obvious, and best remedy is unionization. The union becomes the "bargaining unit" which speaks for all the employees with one voice. The union can ask for some simple protections with regard to scheduling. Perhaps the union will demand that every employee be hired on as a full time worker, and the union agreement will include medical coverage, due process for employer attempts at punishment and termination, and an end to termination at will. That's one way to deal with the problem of scheduling for part time workers.

But other companies such as Starbucks may provide an employment opportunity for those who wish only to work part time. For those employees, it would be extraordinarily useful to have defined rights, including scheduling, the right to contest being fired, and the right to protest against being mistreated by management. Those rights are generally enjoyed by unionized workers. Perhaps Starbucks employees are looking for different perks, but that is the point of having a union which hears from its members and bargains accordingly.

I should point out that the scheduling problems inherent in part time employment could theoretically be handled by legislation at the state level. Something as simple as a requirement that schedules be posted at least 10 days in advance would be of some use to those who are looking for additional paid hours at some other place.

This country has had problems with employee rights since the enactment of the Taft Hartley bill in the 1940s. As many experts have pointed out, a good start would be the replacement of that law with something more labor friendly. Here's one right that organized labor would like to see -- it's called Card Check. In brief, it's the right of the workers to form a union by having a simple majority sign a card asking for it. This would largely replace the current, cumbersome system in which an election is held. The problem with this system is that the employer has the ability to propagandize the workers for weeks and months, and (although it's technically illegal) can fire people it suspects of being union organizers. With Card Check, the organizing takes place in or out of the workplace, and the employer has less opportunity to throw monkey wrenches into the works.

There are other issues, such as federal control over so-called "right to work" laws, but that's for another discussion.

The issue of limiting benefits to full time employees

Some employers limit benefits such as medical insurance and retirement plan payments to full time workers, where "full time" has some defined number of hours such as 35 or 40 per week. This is the genesis of the current, sick system in which workers are kept on part time status for year after year. It saves the company money, but leaves the workers in jeopardy should they get any substantial illness or suffer an off-work injury.

I have a couple of ideas. The first is nothing new: Create a national system of access to health care, and cover the costs through the income tax, the same way that many other countries deal with the issue. People in Germany, Canada, France, the UK, Switzerland, Japan, and elsewhere do not have to live in fear of financial ruin over hospital bills.

The subject has been debated to death (pun intended) and we can't seem to get past our political roadblocks. Perhaps we will one of these days.

But there are other sorts of benefits, such as the above mentioned employer contributions to pensions, 401K plans, and the like. There is paid maternity leave and even leave for new fathers.

Pay out benefits as a function of hours worked

It's a simple enough idea: If you are limited to 20 hours a week instead of the full time 40 hours, then your employer should be required to pay half of full time benefits to you. This could be handled simply enough. Just create funds and organizations that would accept the benefit payments and which would credit them to your account. It's obviously an imperfect system when it comes to medical insurance, but you would at least enjoy getting part of the costs, and this would go part of the way (or maybe more) towards your purchase of insurance through the Affordable Care Act. It is even better as a way of getting money into your pension plan, which could also be organized under some external company.

We've gone through an era where people didn't fight very hard for unionization. We've seen a long, slow decrease in the fraction of Americans who are represented by a union. We've also seen a trend in which employers built new factories in the southeast, where the states have anti-union governments and the workers did not generally join in organizing.

We're beginning to see a flicker of movement in the opposite direction. Attempts to unionize at Amazon, for example, or at Starbucks, have been making the news. What's more important overall is that the new generation is showing support for union organizing.

There is a lot of discussion recently about "quiet quitting," which generally refers to workers doing the minimum to get by, and not putting in extra effort. An employer's view of quiet quitting can be found in the Forbes article by Neil Hare. I think that the author is missing an important point.

Back in the good old days, there were major American corporations that made a commitment to the person that was hired. IBM was famous as a company which generally hired you for life. In return, you were expected to be committed to the employer.

In brief, loyalty was and still is a two-way street. But the modern system of employment at will -- and the abuse of the system by employers -- has done a lot of damage to the idea of worker loyalty. Why should I be dedicated to you if you don't give a damn about me? It's not an idle question, and I see "quiet quitting" and its analogs as the inevitable result.

Where we are right now

I'd like to point you to an article by labor scholar EriK Loomis. You can find his views at the blog Lawyers Guns & Money, in an article titled Reasons for Mild Optimism about Organized Labor. You can read it here. Loomis quotes an extensive piece that points out that for a labor union to be said to be getting a good start, it has to win its first contract with the employer. Even after the union wins the election to become the official bargaining unit, the employer still has ways of resisting. We'll see how the Amazon and Starbucks efforts proceed. But as Loomis points out, we have made some progress and can hope that the trend continues.