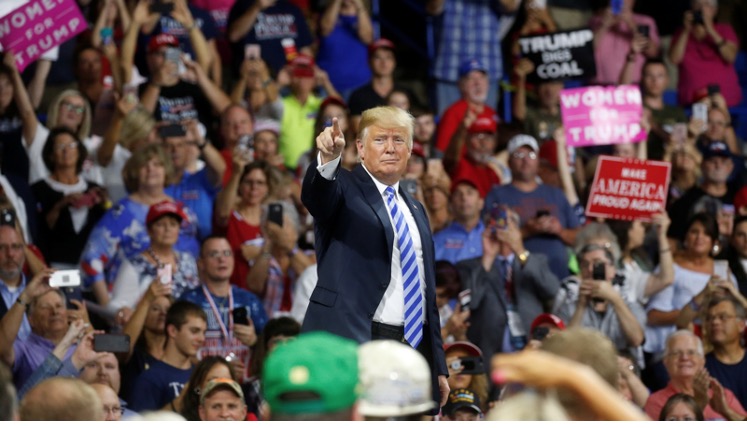 GELFAND’S WORLD - Many people have said that Donald Trump is merely the symptom of an underlying malady, that the problems were there when he decided to take advantage of them and will continue to exist if he retires or is otherwise rendered incapable of running for reelection.

If this is the case, we ought to be considering who and what Trump's supporters are. I offer two authors who, when their works are considered together, go a long ways towards answering these questions.

Paul Campos is a legal scholar and author who writes for the website known as Lawyers Guns & Money. His recent article, which you can find here is titled "What is political charisma?" It deals with the question of how cults come to exist. Campos begins with the assertion that there is a difference between personal charisma and the political charisma that you see in, for example, Donald Trump. The argument is that the political charisma of the cult leader is something that is projected upon him by his followers. It is something that comes from within their own minds. That's why it doesn't matter that in reality Trump is a cheap grifter and perpetual liar who is as likely to sell out his country as to defend it.

Campos suggests that the cult leader tells his followers exactly what they want to hear, and -- since this fills a need of theirs -- they project their own worshipful adoration on him both as a human being and as their political leader.

This begins to explain why Trump still has a strong following, in spite of his thousands of documented lies, his sadistic verbal attacks on dozens of otherwise respected people, and the numerous allegations of criminal behavior.

Allow me to interject one thought of my own, before I bring in the other author of note.

When you consider the 2016 campaign and Trump's 4 years in office, I think it's obvious that he enjoys playing the bad boy and it is equally obvious that for many of his followers, this is exactly what they want. They see him as the rebel who can break the rules and get away with it, much as they fantasize being able to do it themselves. Trump provides a sort of political version of a Dirty Harry, or of any of the dozens of other fictional characters who break the rules when that is something they need to do. He is the "one percenter" motorcycle gang of their dreams.

I would carry the argument one step further, and suggest that there is a significant fraction of the Trump following who like Trump precisely because of his overt sadism. He does a lot of getting even, and the followers pick up on his cues. Sadism and  hatred are essential elements in much of the Trump world, as is clearly observable by reading what they write on internet sites, looking at their signs, tee shirts, and flags, and listening to the radio hosts and television personalities who strive to keep up with the latest list of Trump enemies.

The other author who has had a lot to say about the followers of demagogues is Bob Altemeyer. His book The Authoritarians can be downloaded (for free) here. It came out in 2006, so it uses earlier examples from the political world (Tom DeLay, George W. Bush) as the sort of people that attract followers. In Altemeyer's model, the followers are referred to as Right Wing Authoritarians and the leaders are Social Dominants. Altemeyer presents the results of his 40 years of work developing questionnaires that reliably predict such personality traits.

Altemeyer points out that a small fraction of people score high on both social dominance and right wing authoritarianism scales, and worries that these are the most dangerous, They fit into the right wing authoritarian group (who express their desire for strong leadership) and also yearn to be that leadership. The social dominants score high on Altemeyer's scale in things that most of us would view as amorality -- they view power as an end in itself, don't particularly mind being dishonest and cruel to gain that power, and they generally lack compassion for those who lack money and power.

When Donald Trump mockingly refers to ordinary people (particularly those who have bothered him) as "losers," we get a feel for what Altemeyer said, long ago, about that personality type. Other people exist only to be followers, and to serve the interests of the leader.

The future of the Trump followers if there is no Trump

Paul Campos' brief essay provides a mechanism by which those who lust for power can get it. They have to build a vocal pipeline where they can be heard by masses of people, and then they tell one part of that mass what it wants so desperately to hear. In Trump's case, it was rather simple: Everything is going to Hell, you have enemies, and I will save you from them. Trump was lucky enough to connect with ethnic fear and animosity by attacking Mexicans in general through the argument for a wall on the southern border. What made Trump different from other "southern border" politicians was that he wasn't afraid to insult nationalities directly.

What Trump taught the rest of the political world was that it is possible to amass a large number of followers by selling hate. When other politicians attacked Trump for his dishonesty in business and the contemptuous way he treated his customers, Trump just lied about it.

His followers have mostly stuck with him. I suspect that there are three separate reasons for this continuing loyalty. The first is adequately explained by Altemeyer. Right wing authoritarian personalities are better at compartmentalizing contradictory things in their own minds. Trump is their leader in terms of their shared racism and fear that society is deteriorating. He expresses their fears, and even finds new targets for their fear and hatred -- this week it is the FBI, an unusual target for the authoritarian mindset, but one that has been delivered to them by their leader. The fact that Trump has been accused of serious crimes is understood by his followers, but they rationalize those concerns and shove them into a corner of their brains and try not to think of them.

Another reason that trump's followers haven't fled him in droves is that he has delivered on a couple of authoritarian wants and needs. They got the tax cut on the rich, and they got the overthrow of the Roe v. Wade decision. This may explain part of the current support for a 2024 presidential run, but not all of it.

We have to acknowledge that the reason Trump remains the leading candidate should he run for the presidency in 2024 is that he remains the right wing authoritarian for the hard core of his followers. They need a dominant leader, and they have long since chosen theirs. You can look back towards other fascist movements in our recent history and realize that once the leader has established himself, it's hard to get rid of him, and this holds doubly when it comes to the minds of his followers.

When Trump is deposed, or indicted, or tied up in court cases

History also teaches us that authoritarian leaders do get replaced. Sometimes it's because they die of old age. Sometimes they lose a war, or run afoul of their own people after losing a war. Trump is a little different because he tried to maintain power in a system which had sufficient protections to kick him out after one term. (Much of our current turmoil involves investigating whether he really had a chance to break that system and make himself president once again.)

There is one more thing that is different in our system. Even a leader as powerful as Donald Trump is subject to the law, particularly the civil law. The fact that we have independent states (so beloved of right wingers during the Jim Crow era and so beloved of the anti-abortion groups nowadays) turns out to be a major problem for Trump. New York and Georgia are using their legal independence to pursue civil and criminal investigations, respectively. Trump may have packed the U.S. Supreme Court, but it won't have any say in such doings for many years, if at all.

One other bit of independence lies within the U.S. Department of Justice. Trump and his supporters blamed the recent search of Mar a Lago on Joe Biden and his political allies. But traditionally (and so unlike the Trump administration), the DOJ is largely independent of the president. Attorney General Merrick Garland has been careful to dot his i's and cross his t's, and every time Trump or his family tried to find fault, Garland had the answer.

The sum total of all these assaults on the fortress that was Donald Trump is a slow chipping away at his image and his legal safety. He is being hit by civil litigation that will probably cost him tens of millions of dollars in New York state, and he is vulnerable to criminal indictment in Georgia and by the federal government over the January 6 outrage.

There is a distinct likelihood, therefore, that Donald Trump will either be on the sidelines during the 2024 presidential election or, if the nominee, will lose substantially.

But considering the existence of large numbers of right wing authoritarians in this country, there will always be a following for whoever can claw his way up past all the other socially dominant right wingers who will seek to inherit the Trump following. The followers will be there, and aggressive seekers after power will be there too.

We will always have a conservative, crypto-fascist element who want a leader and want to have their way. They are characterized by their fear of disorder, their desire to enforce their personal religious dogma over the rest of us, and by their hatred of those who are different (meaning, in general, the rest of us). Among them, there are people who enjoy watching their chosen leaders being sadistic and cruel.

As Altemeyer pointed out in The Authoritarians, when you give the same surveys (suitably translated) to other people all over the world, you find the equivalent of our right wing authoritarians. This suggests that there is something in common, and some of it may be genetic.

The lesson for us is that we will always have such people among us. We might consider that old remark, "the price of liberty is eternal vigilance." The 2016 election was a demonstration, and the 2020 election came close to damaging our democratic system.

We can hope that the multipronged attacks on Trump will eventually chip away enough of his supporters to make him unlikely as the next Republican nominee. There are more of his type waiting in the wings, not the least of which is the governor of Florida. But even if it isn't DeSantis, there are others.