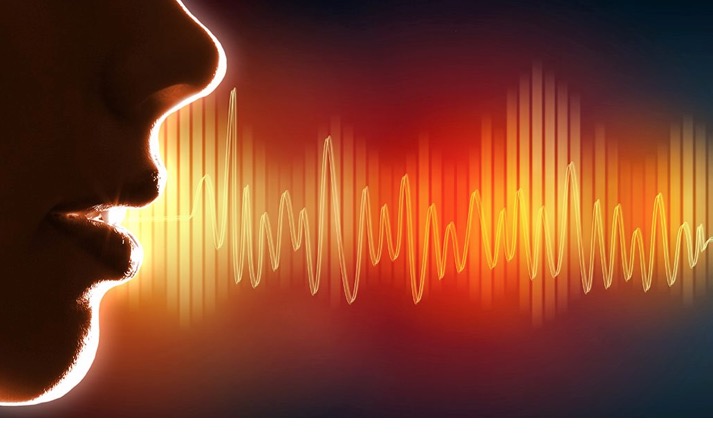 GELFAND’S WORLD - The City of Los Angeles now appears intent on abolishing freedom of speech within its neighborhood council system.

They don't express it exactly that way, but the overall effect is clear. When you consider what the city just said at a committee meeting and compare it with the remarks made that same weekend by comedian Trevor Noah at the White House Correspondents Dinner, the result is striking and a little scary.

The neighborhood council system was created through an amendment to the Los Angeles City Charter back in 1999. The expressed intent was to create a system of local bodies, as independent as possible, which would be chosen by local residents to hear from them and to express their concerns to city government.

The current proposal to change the system, as expressed by city officials appointed by the mayor, is to limit that right to free speech and to re-sculpt the system so as to better serve the interests of those in power rather than the rest of us who live here.

If you look at the city's Charter amendment of 1999 and the enabling legislation, it is clear that the original neighborhood council system had a purpose similar to that of a free press. It was created ostensibly to bring government closer to the people, and the way it would do so was by listening to local residents and crafting comments that would go to our City Council representatives, the mayor, and the agencies that are supposed to serve us. In brief, it would investigate and report.

It can be made to work. One example is the relationship that has been built between the Los Angeles Police Department and our councils. A group of Senior Lead Officers appointed by the LAPD visit our council meetings to report on crime and hear directly from our residents about what we see and hear on our own streets.

Let's consider the role of fact-finding and reporting that is common between our councils and the American press. We'll start with a couple of remarks by Trevor Noah at the Correspondents Dinner, where Noah refers to the press by that old term "the fourth estate."

He explains the purpose of that night's event --

" . . . is to honor and celebrate the fourth estate -- and what you stand for: an additional check and balance that holds power to account, and gives voice to those who otherwise wouldn't have one."

This is actually a perfect description of the original intent behind the creation of neighborhood councils.

Noah, a man who originally came from South Africa, goes on:

And once again, Noah describes another feature that is common to the free press and to our neighborhood council system.

The specifics of the city's proposal regarding neighborhood councils

The Department of Neighborhood Empowerment (DONE) and the Board of Neighborhood Commissioners (BONC) have been working on what they call a Code of Conduct that would apply to all neighborhood council board members. It is claimed to be a necessary update of the old code of conduct. The authors of this proposal and the BONC members who are trying to get it adopted agree on one item which, if put into force, would have a chilling effect on free speech.

You can find the proposal for a revised Code of Conduct here.

"WHEREAS, the Commission has long recognized that a Neighborhood Council System that is physically and emotionally safe and secure for all Board Members promotes good social responsibility, increases Stakeholder attendance and supports community engagement;"

It's that part about "emotionally safe and secure" that is a sticking point, because it means that anybody whose feelings are hurt will have a cause of action against the neighborhood council board and perhaps even the city. How far is this policy supposed to go? It is clear from the rest of the document that anybody who perceives that he/she has been slighted has the right to complain and to have the accused board member punished.

Leaving aside for the moment whether free speech is something that can also be a crime, let's continue the analysis:

You might argue that such accusations need to be proven, and the accused would have the ability to defend him/herself through time-honored methods including calling witnesses and questioning those who are making the accusations. "I am being accused of a microaggression because I rolled my eyes up at something you said? Did I ever speak to you directly, or call you a name? Don't I have the right to react and respond to your remarks?"

And of course there would be the right of appeal regarding any decision taken by DONE or your own council board.

It seems that there would not be the right to appeal or even the right to mount your own defense under the current proposal. Consider the following wording from the proposal:

To borrow the old saying, first we'll have the hanging, and then we'll have the trial. By the way, notice that they are completely up front about this, in that they use the word "allegation" throughout.

And there isn't even a trial:

"b. The Department shall be the sole decision-maker with respect to a suspension. The Board Member or Committee Member may not appeal the suspension decision."

The learned appointees at DONE and the BONC seem to have forgotten what the rest of us learned in the eighth grade.

Unlike city employees, neighborhood council members will be afforded no right of due process or right of appeal. Neighborhood council board members don't have bargaining units the way city employees do, and are not paid for their time. But under the new rules, we are supposed to work without pay in tasks that are not of our own choosing (all those onerous training requirements now coming into place), including new mandates for training regarding our perceived personality errors.

It gets worse. In the subcommittee meeting held by BONC over the weekend, I asked exactly what the term "affirm acceptance" means in the following wording that is in the proposed policy:

Does "affirm" mean that you agree with the policy, or does it just mean that you have been made aware of its existence? I received no answer to that question.

This question is not as silly as it might first seem. I don't have a problem affirming that the city has provided me with a copy of their policy. I do not accept that the city can limit my freedom of speech or of the press, but I can affirm that I have been made aware of their unconstitutional, authoritarian rules, and I will retain the right to litigate if the city should try to apply those rules to me inappropriately.

I'd like to share some comments that were made to the BONC subcommittee by my colleague Doug Epperhart in the weekend meeting. Doug pointed out that what neighborhood councils do is political, and that any code of conduct must explicitly say that political speech is protected, and that the city will not punish it or attempt to censor it.

What this comes down to in practice is that some topics are going to be contentious, that people will disagree, and in disagreeing will refer to each others' logic and facts.

Some people will not like that. Those who don't like to have their illogic exposed in public may very well find the environment to be emotionally unsafe.

Politics can be rough and tumble at the emotional level. This is not to say that anybody has the right to make physical threats or physical attacks -- far from it -- but we need to get over the idea that everybody has to be protected from the folly of their own illogic.

Doug is right. Neighborhood councils are directly political in the full sense of the word -- the good sense of that word -- in that politics is how we make decisions without killing each other, but rather by discussion and negotiation and, when it becomes necessary to decide between contested or contentious alternatives, by voting.

That's what we are supposed to do, that is what we sometimes do, and nobody ever said that it would always be easy or without disagreement or controversy.

This is not to say that board chairs are always right, or always fair in how they treat board members and the public alike. But this is a bigger topic that DONE has failed to deal with over its entire existence, and a refurbished code of conduct is not going to fix anything of that sort. Let's save that topic for another time.

Perhaps we ought to stop kowtowing to the special snowflakes and get on with doing our job of speaking truth to power. And you know what, there is a lot of truth that remains to be spoken to those in power.