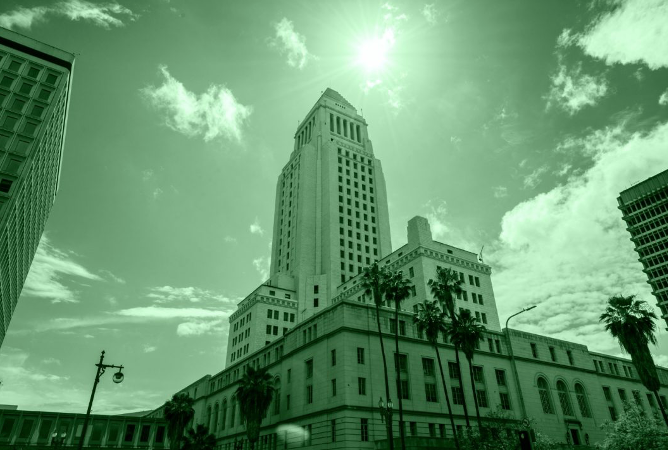 GELFAND’S WORLD - It's an election year. Everybody is either looking forward to November 8 or dreading it, but here in California, we will be having primary elections in just a few months.

Specifically, the statewide primary is June 7 and that includes primary elections not only for congress, the state legislature and statewide offices, but also for the L.A. City Council, Mayor, City Attorney, and Controller.

And this means that we are now entering the season of candidate forums.

And that in turn means that voters will be asking themselves what is important when it comes to choosing a candidate to support. Bluntly speaking, who are you going to vote for if your City Council seat is open or contested? Who will you support for mayor?

This is the one time of year when all these candidates are suddenly your best friends -- they will meet with you, shake your hand, and even try to answer your questions. So, given the opportunity -- let's imagine that you get called on to give your question at the candidates' forum -- what question should you ask?

Just for fun, let's think of two or three such questions that you should have in the front of your brain while you are hearing from City Council and mayoral candidates.

The following questions are going to seem a bit tendentious perhaps, but this is a year in which we should be asking questions that are contentious.

The first question should be on the top of your list. It would be really useful if every candidate was asked this question at every debate and forum:

1) Were you aware of the corruption in City Hall that has so far led to multiple felony indictments including one former City Councilman who has already done time in prison? If not, how do you explain not being aware? If so, why didn't you say anything while it was going on?

You get the gist. Here's another one:

2) As you have read previously in CityWatch, there is a tradition on the L.A. City Council whereby individual council members tend to vote in lockstep. Most votes are unanimous or pretty close to being unanimous, and that has even been the case when it came to the real estate and development deals that led to those felony indictments. Will you, as a City Council member, continue that practice of voting along with your fellow Council members even when there is public opposition to legislation? In particular, how will you vote on legislation that is designed primarily to help a particular real estate developer? Will you be willing to show leadership by opposing such legislation even when it is designed to aid a developer in a different city council district?

Please notice that this kind of leadership by individual Council members is the only way that we are likely to break the current system. This question needs to be asked of all candidates at every forum.

I'll start by suggesting the following as the foundation for this topic: Less than 1.1 miles from where I live, there is a homeless encampment. Advocates for the homeless who have interviewed those people find that they are, by and large, addicted to the use of methamphetamine. That's probably why they are out there and why they don't accept relocation to an indoor facility. So here is the question:

3) Would you agree that our city government has the right and the obligation to control our streets and sidewalks, to the extent that we make it illegal for large numbers of people to take over and control any sidewalk, park, or empty lot? If you don't agree with that position, then how do you envision the City of Los Angeles in the future?

One editorial remark here: If any candidate insists that we have to use the term "unhoused" instead of the standard English term "homeless," then you can immediately disqualify that candidate from your consideration. It's OK to use the new terminology if you like, but the rest of us shouldn't have to modify our use of standard English just because somebody decides that a descriptive term is suddenly unacceptable.

One other explanation may be necessary here. I am not saying that the homeless belong in jail or even dumped on somebody else's territory. Quite the contrary. But I think that there are ways of dealing with the current situation that would not result in the large number of eyesore encampments along our sidewalks and within our parks. This having been said, the appropriate discussion of what to do and how to do it is going to be more like a book-length presentation and not just a slogan. What we are looking for is a candidate who does not accept the current situation and is not willing to throw away dozens of billions of dollars and decades of time in order to fail in a futile attempt to fix things.

A strategy for the reform-minded voters

Obviously, you aren't going to get a chance to ask all three of these questions unless you happen to be the moderator of a debate. But we as the great mass of voters can make sure that the questions do get asked. Just make sure that you ask at least one of them and expect one of your fellow readers to ask another.

It's not even that hard to remember these questions. It's kind of like back in the days of the Watergate hearings:

Why didn't you do anything about it while it was happening?

What are you going to do to fix it?

Continuing along these lines . . .

But there are other offices such as State Assembly or State Senate, not to mention other statewide offices and the House of Representatives. There are different questions that need to be asked of candidates for these offices. We'll get to those in a later installment. Just to repeat one question I fancy asking House candidates, "Who lawfully won the presidential election in the year 2020?" We can follow up on that question by asking whether the people who broke into the Capitol building on January 6, 2021 were lawbreakers or just people expressing their views in a lawful manner. It is important to pin candidates down on whether they are on the side of democracy or insurrection.