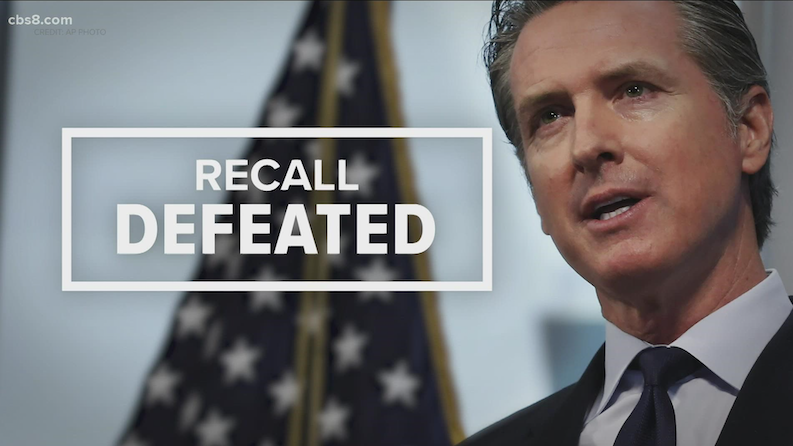 GELFAND'S WORLD - Well, that election is now over, and instead of the subject of deep thought, it turned out to be a joke.

Steven Colbert got in the best jab when he summarized the lesson for the Republican Party: "Sometimes you win some, but not in California."

One colleague wryly offered the following analysis: It's nice that California got to be a good example for once, but there wasn't enough mischief this time, like the Postmaster didn't move the mailboxes around like he did last time.

One more thing. Television announcers were stuck trying to pronounce the word "gubernatorial." It is pronounced like the word Goober, which is a real word meaning peanut. When I hear the rest of that word gubernatorial, I think of the word Natatorium, which refers to a swimming pool, or perhaps Natal, which refers to birth. You have to admit that this is one of the oddest words used in American English. We use it almost nowhere else except to refer to a particular kind of statewide election in this one country.

What's even more strange about the gubernatorial thing is that a writer by the name of Acacia Squires has searched through the derivation of the word and explained how it came about.  As squires points out, even the television announcers find the word creepy. To get to this word, there seems to have been some switching back and forth between Latin and French consonants, which I won't go into.

Other people trying to comment on this election will have realized that typing the candidates' names was a mine field. I seriously suspect that Kevin Faulconer got less commentary in the press than he might have gotten had it not been for that spurious U in the spelling of his last name. And as for me, I always have to look up whether Newsom has an E at the end. And then there was Caitlyn Jenner. Try to type that first name five times in a row.

In a slightly more serious vein

We were looking for some faint suggestion that there were California voters who were frustrated by the Covid-19 restrictions, maybe a few dozen who were outraged that the governor went to dinner one night as the limits were kicking in. (Isn't it time that some foodie show did a tour of The French Laundry so we can find out what all the fuss was about?) Maybe the comedic style of the name itself caused voters to take the story less than seriously.

And then came the close of the polls on Tuesday. It was barely past twilight when the race was essentially over.

There were a few notable things about this election

Here's the major lesson if I am sensing the public mood correctly:

The substantial majority of people in this part of the world are sick and tired of the anti-vaccine and unvaccinated people. We see them as prolonging the epidemic and making it harder for the rest of us to resume a normal life. When the Republicans tried to take advantage of lingering resentment, they made themselves into a national laughingstock.

The second lesson is that normal people -- nowadays spread between Democrats and No-Party voters -- can still become activated well after last November's presidential election. They are willing to come out and vote, even on a topic as silly as this one, and their main motive is stopping any further incursions of Trumpism. It's true that the television analysts used voter surveys to show that the desire for active measures against Covid-19 was tops on the voter list, but that is essentially to say the same thing. Anti-vaccination is now solidly identified with hard-core Trumpism.

The third lesson is that Gavin Newsom has grown into a formidable speaker when it comes to the dangers of Trumpism.

The fourth lesson is that running as a grizzly bear doesn't play very well in California, if that was, indeed, a Kodiak Grizzly that John Cox kept featuring on his ads. Perhaps somebody should inform him that we recognize the difference between an Alaskan bear and a California Brown Bear. They are two quite separate animals, and unlike California Brown Bears, the grizzlies are known to be treacherous, violent killers, particularly in some Rocky Mountain areas. Maybe after Cox has actually been a Californian for a few more years, he will start to get the drift of things. In the meanwhile, he couldn't even get within one-tenth of Larry Elder's vote.

Kevin Faulconer: What's to say? He may have been the best overall prospect if we wanted a different governor, but he can't win the Republican primary because he is too sane, and in the weirdness of our system for recall elections, he wasn't going to be anything but down the list.

There was a guy (Kevin Paffrath) who calls himself a Democrat and who finished reasonably high (nearly ten percent of the recall vote). I don't think we'll be hearing much about him in the future.

The most interesting case was that of Larry Elder. Here's a guy who was a moderately successful talk show host who could talk to liberals and conservatives and stay reasonably polite. He also had some breadth of interest. I found his economic ideas a bit naive, but that's part of the conservative thing.

So how did the Larry Elder arc go?

First, he surprised most of us by going to the top of the pro-recall pack. We had a race which had been dominated by expensive ads for Cox and a few ads for Faulconer, and suddenly we find that Elder is stomping them without even bringing out some zoo animal. So we learned that Elder has a following among conservative California Republicans.

Then, as the election approached, there was a story that Elder was already conceding the election and was demanding (in advance) that we investigate the rigging of the election. The problem was that Elder's website with the fraud claims appeared the day before the election. Television comedians had a field day in pointing this out. Was Elder actually going to do a Trump?

Then, on election night, Elder was faced with the fact that his side was losing by historically unprecedented margins. When you can barely crack one-third of the vote, it's pretty hard to blame it on a few hundred or even a few thousand misplaced votes. When all the votes are in, the Republicans may finish as many as two million votes down. Faced with this reality, what was Elder going to do?

He seems to have conceded with some grace and dignity. Sure, he made a comment that they lost the battle but are going to win the war, but that is a lot more of a concession than Donald Trump has made. By acting like a sane loser in a normal election, Elder has at least maintained some personal dignity. On the other hand, he did make some remarks about how the recall campaign was forcing the Democrats to deal with topics such as homelessness, crime, and the economy, but nobody is taking those claims seriously, as they are standard political talk.

We may see an Elder-Newsom rematch in the regular election and another sure-fire Elder loss.