ANIMAL WATCH - There is undoubtedly more than one Pit Bull-attack victim who won’t applaud the recent announcement that-a new Ohio Pit Bull “Dog Friendly” license plate has been issued on September 9 and that Best Friends Animal Society sees this as “a step in the right direction.” 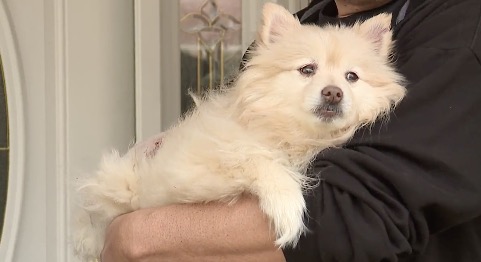 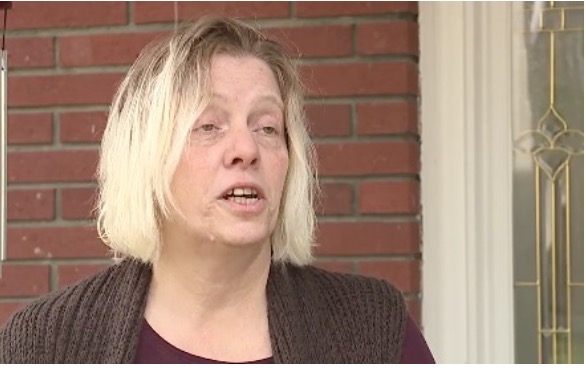 Jennifer Love of Newton Township is likely to side with the 17 cities in Ohio that still have—and probably want to keep— breed-specific legislation (BSL) banning/restricting Pit Bulls and other breeds perceived to be dangerous.

Last  April, Jennifer had to bite the Pit Bull that was attacking her Pomeranian to save her pet’s life.

That morning, she recalls that she let her two dogs out in her backyard before going to work and was terrified when she heard noises and screams and saw a Pit Bull mauling her 12-year-old Eskimo Pomeranian, Kevin. Later she learned that the Pit Bull had broken loose from a tether several blocks away.

Love recalls that she tried prying the Pit Bull’s jaws off her dog and to use her own body to shield Kevin, but the Pit Bull just kept coming back—relentlessly, she said.

Then she suddenly remembered what she had been taught in a self-defense class—to either “gouge them in the eyes” or “bite them.”

She realized the Pit Bull’s ear was close to her face and bit the ear as hard as she could. ”I was losing and my dog was dying,” she said.”

A couple of her teeth were ripped out when she bit the dog’s ear, but the distraction enabled a neighbor to pull the Pit Bull off of her and her beloved Pomeranian.

Another neighbor helped her get her dog to the veterinarian, she said.

The County Sheriff’s Office says the 42-year-old male owner of the Pit Bull is facing a charge of improperly restraining the dog and the Pit Bull was seized. 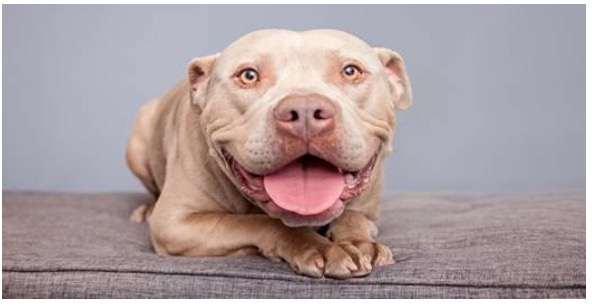 Jack, a former stray from a kennel in Cleveland is pictured on the new auto license  plate, which costs $25. The proceeds reportedly go to the Ohio Pet Fund for spay/neuter to prepare dogs and cats for adoption.

In 2012, a 25-year-old Ohio state law that deemed Pit Bulls dangerous was repealed, and replaced with a law that focuses on the behavior of the dog, rather than its appearance, WKRC explained.

Since then, two Ohio Appellate Courts have ruled that local BSL may not stand, because it conflicts with the State law. However, there are another 50 communities in Ohio that allow Pit Bulls but have restrictions that make it difficult for them to be adopted.

These include Summit County, where Pit Bulls in  Akron (5TH largest city in Ohio) must wear a fluorescent green collar at all times, be tattooed with an authorized code number, and the owner or caretaker's yard must have a city-issued warning sign.

Best Friends issued a statement that a study in the Journal of the American Veterinary Medical Association found that nearly 85 percent of fatal dog bite were due to similar factors, including intact (unneutered and unspayed) dogs, lack of socialization and positive interactions with people and animals, and abuse or neglect—but were not related to breed.

There was no explanation of how the causal factors noted were evaluated to reach that conclusion.

However, this study may be challenged as, increasingly, Pit Bull attacks reported by national news coverage and photos involve loving owners in homes where the dog was altered, well-socialized and part of the family. (See; Pit Bull Cult-Mentality Ignores Violent Attacks, Deaths by Breed)

And, in 2022 with high taxation and expanded social awareness, why shouldn’t cities or townships by allowed to set their own public safety policy?

IS THE NEW “DOG FRIENDLY LICENSE PLATE ABOUT PIT BULLS OR BEST FRIENDS?

Why is Best Friends so eager to be involved in Pit Bull legislation in Ohio—encouraging removing limits—when the state has become one of the largest in the dog-breeding/ puppy-mill industry?  This is a time for local government and responsible animal-welfare organizations to work with communities to set standards and guidelines that provide protection—especially from breeds with dangerous propensities.

WHAT IS THE AMERICAN PIT BULL TERRIER? 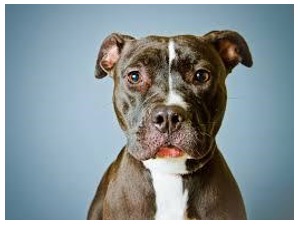 Here’s a pertinent excerpt from the Official UKC Breed Standard, discussing the history and attributes of this dog:

HISTORY: Sometime during the nineteenth century, dog fanciers in England, Ireland and Scotland began to experiment with crosses between Bulldogs and Terriers looking for a dog that combined the gameness of the terrier with the strength and athleticism of the Bulldog. . .The American Pit Bull Terrier’s many talents did not go unnoticed by farmers and ranchers who used their APBTs as catch dogs for semi-wild cattle and hogs, to hunt, to drive livestock, and as family companions. (Read entire description here.)

In an article entitled,  Pitbull Rat Terrier Mix: A Complete Guide (With Pictures), the author describes the mixing of the two breeds, Pit Bull and Rat Terrier, and calls the Pitbull “one of the most dangerous and aggressive dog breeds in the world."

There is no question that the “experts” know Pit Bull Terriers are aggressive, so why are they being promoted by shelters and major humane organizations, including Best Friends, for adoption to families? 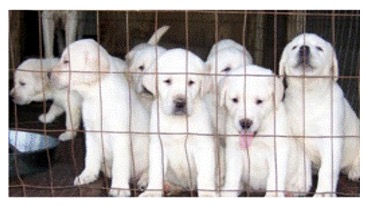 Best Friends’ efforts to eliminate the long-established restrictions on Pit Bulls in Ohio cities and townships should be spent cleaning up a much bigger problem, which is that Ohio is also headquarters for the Ohio Professional Dog Breeders Association (OPDBA), which drives the State’s economy by producing dogs in volume and claims: “WE ARE NOT JUST IMPROVING THE DOG WORLD. WE ARE CHANGING IT.”

If removing the established safety restriction on Pit Bulls is one of those changes, residents may have to oppose it with their votes and insure representatives know in advance that families and protection are key to their election or re-election.

WHO GETS THE PIT BULL “DOG FRIENDLY” LICENSE- FEE MONEY?

If you go to the link, “ShelteraPet,” which sounds like an adoption site, clicking on it brings up something very different -- “TOP 5 REVIEWED PITBULL BREEDERS IN OHIO 2022 | PITBULL PUPPIES FOR SALE IN OH.”

THIS IS A SITE FOR breeding/sale of PITBULLS, XL AND XXL BULLY DOGS!

Is “Shelter a Pet” an organization that would potentially receive funding from the Pit Bull “Dog Friendly” license revenue or other public sources that supposedly support homeless animal sheltering and rescue?.The logo and name also appears on the site.

Another problem arose for Ohio on May 11, 2021, when the state was listed in the 2021 Humane Society of the United States “Horrible Hundred” of “problem puppy mills,”which stated, “Sixteen of the nation's worst puppy mills were located in Ohio, which ranked second behind Missouri's 21.”

Several of the mills cited in Ohio are 'repeat offenders,” according to WBNS10 News.

It soon became obvious that puppies and kittens could be ordered by “pet brokers” on-line directly from the same out-of-state sources and resold locally without the troublesome CA state laws that had regulated care of animals by pet shops and provided “lemon laws” to insure both pets and purchasers were protected.

Some “rescues” were found to also be buying from the puppy mills so that higher adoption fees could be charged for “saving” them.

So, now why is Best Friends overlooking the puppy-mill issues—after using them as a reason to close California pet stores and garner publicity—but lobbying to increase the market for Pit Bulls, even if against the will of the people in Ohio municipalities that have maintained restrictions for community safety?

Perhaps those residents want to avoid attacks—like the following that have occurred in recent years. (See Dogsbite.org for complete reports in the U.S. by year and National  Pit Bull Victim.Awareness for a complete current and past database from news reports of attacks in the U.S. and Canada.)

PIT BULL ATTACKS IN OHIO –  A FEW OF MANY

In January 2020 family pit bulls killed at least two infants in Dayton, Ohio, according to Dogsbite.org. In one case, the infant's mother was sleeping on the sofa at the time. In the other case, the dog smothered the baby.

In August 2020, less than five miles away, a family Pit Bull killed a 7-month old baby boy. The child's grandmother was holding the child in her arms when the dog attacked. He was later declared dead after arriving at Akron Children’s Hospital.

Another baby in Akron is dead after being attacked by a Pit Bull, according to a report by Dogsbite.org. Arriving officers found a 16-month old girl suffering from critical injuries. She was transported to Akron Children’s Hospital, where she later died.

Police believed a domestic altercation between two adults at the home "agitated" the pit bulls causing one to attack the child. 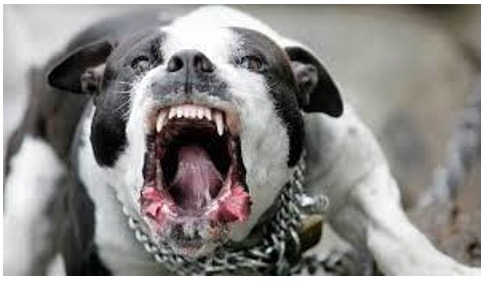 On September 9, 2022, a tiny 10-year old Chihuahua-mix was out for a short walk with his owner when a neighbor’s Pit Bull dashed across the street and killed him and injured his owner.

As tears welled up in her eyes, the owner told the Cleveland19 reporter, “He can’t sit in our laps. We can’t sleep, it’s not the same without him.” (See video here.)

Are we sure what this license plate really means and who will benefit from the revenue?

If this program randomly supports purported “shelter/rescue organizations” it appears there is need for a serious, independent investigation to determine why the link to ShelteraPet  brings up: TOP 5 REVIEWED PITBULL BREEDERS IN OHIO 2022 | PITBULL PUPPIES FOR SALE IN OH.