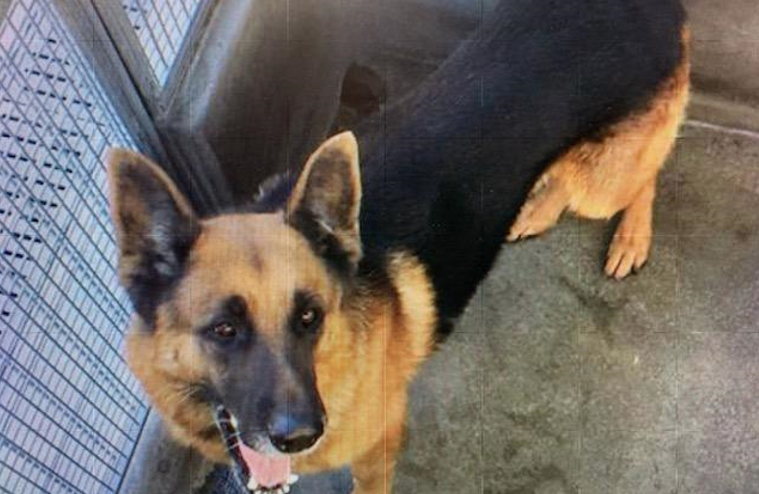 ANIMAL WATCH-On September 10, a lawsuit was filed in LA Superior Court by former Los Angeles Animal Services volunteer Kelly Kaneko, who was injured in a violent attack by a German Shepherd, named Jax, at the City's North Central Shelter on October 31, 2019.

The incident involving volunteer Kaneko was discussed briefly by LAAS General Manager Brenda Barnette at a Commission meeting after it occurred. Former-Assistant General Manager Melissa Webber was reportedly in charge of animal-shelter operations at this time.

This is the same shelter where Animal Care Technician (ACT) Priscilla Romero was savagely mauled by a Pit Bull on January 14, 2017.

On October 31, 2019, at approximately 12:30 p.m., Kaneko was working as a volunteer at the North Central Shelter, 3201 Lacy Street, Los Angeles, and was ordered to leash an approximately 100-pound German Shepherd mixed-breed dog named Jax and escort him about 250 feet from his kennel to the Shelter's main facility where a prospective family was waiting to meet and potentially adopt him, according to the court document.

She states she was advised by shelter staff that Jax had been "grumpy" but there was no information on the kennel card attached to Jax's kennel which identified potential risks or formal warnings, so, as was typical for a volunteer at this particular shelter, she completed this task alone.

After the introduction to the family, she was ordered to "leash and escort" Jax back to his kennel, and she completed this task alone. However, while she was placing Jax back in the kennel and attempting to remove his leash, "Jax, unprovoked, attacked. . .biting her forearm and latching on to it," the lawsuit states.

She was unable to break free as Jax continued to bite her arm and escalated the attack on her, she alleges, and no one at the shelter came to her aid, despite her screaming in pain and fear and her calls for aid.

After approximately five to seven minutes of being brutally attacked while screaming for help, Kaneko states in the court record that she believed her arm would be completely bitten off by Jax if she did not obtain immediate help; and, because no one answered her calls for help, she was forced to drag herself the 250 feet from Jax's kennel to the shelter's main facility, with Jax continuing to attack her.

When Kaneko finally arrived at the main facility, only one employee was present, the file  states, adding that Kaneko is informed, believes and therefore alleges that "this employee was wearing earplugs, on the recommendation of LADAS," and the employee was, therefore, unable to hear her continued screams for help."

The employee then saw that Kaneko was being attacked and "assisted in removing Jax from Plaintiff's severely injured arm."

Only then was emergency assistance called and Plaintiff was transported to the hospital, where she underwent surgeries and spent multiple weeks in intensive care, the court document states.

The 16-page complaint asserts that the City of LA and the Department of Animal Services was the "legal owner, keeper, controller, handler and/or harborer of Jax and that the City and agency knew or had reason to know that Jax had dangerous propensities and posed a severe risk to persons at the Shelter."

It further contends that the "negligent, reckless and careless acts and/or failures to act caused and/or contributed to the existence of a dangerous condition at the Shelter" and that volunteers or employees were not provided any training or instruction with respect to what to do in the event of a dog attack under these, or similar, circumstances.

The court filing concludes that ". . .no volunteer assumes the risk of having a large dog latched on to his/her arm for over 7 minutes biting through arteries and with no one present to render assistance, and no training on how to extricate oneself from the situation."

(Her injuries are later described in the First Cause of Action as follows:  ". . .Plaintiff's right arm and hand were injured so severely that doctors initially planned to amputate the arm, as two arteries and multiple veins were severed, bones were crushed, muscles and nerves were severed, and Plaintiff required 37 days in the hospital, mostly spent in ICU, in order to save Plaintiff's arm. . .")

It contends, "Extensive damage occurred to the structures of her arm after the initial bite and during the course of the ensuing struggle," and that, "had she merely been bitten and had emergency aid arrived in a reasonable time, her damage would have been limited to a relatively minor flesh wound."

OWNER OF DOG HAS STRICT LIABILITY IN CALIFORNIA

California Dog bite law attorney Ken Phillips explains, "California is a statutory strict liability state. Its dog bite statute makes the owner of a dog strictly liable for any dog bite from the moment that ownership begins, provided that the victim was not trespassing, provoking the dog, injured by his employer's dog while on the job, or performing a paid service involving the dog. The victim is not required to prove negligence or anything else."

"Fostering" is a temporary care agreement in which the City maintains ownership of the animal and, according to California law (above), it appears the liability for bites by any of these animals cannot be waived and remains with  the Department of Animal Services, the City of Los Angeles and LA. taxpayers.

This jump from 60 in 2018 to 74 in 2019 also maintains Los Angeles' position as the #2 dog-bite city in the entire U.S. The Los Angeles city increase occurred even though the overall national number declined by over 200 bites.

Dog attacks inside Los Angeles city animal shelters also increased 59% last year -- jumping from 59 in 2018 to 94 in 2019. The victims were the public, employees, and volunteers. (See report here.)