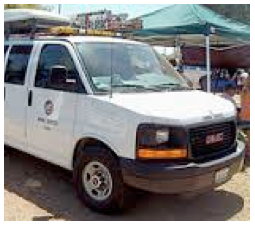 None of these animal-collection trucks have been replaced since 2000-2003, according to General Services Asst. GM Angela Sherick-Bright and Fleet Services Manager Richard Coulson, who explained there has not been enough funding.

These high-mileage trucks are driven by solitary Animal Control Officers to animal-related emergencies and humane investigations, 24/7, throughout the 469 square miles of urban and rural Los Angeles. They rescue injured, abused, stray, abandoned, sick, lost or unwanted animals and respond to calls of animal attacks on people or pets and other animal-related public-safety threats. They also respond to calls by LAPD to remove animals from the scene of dangerous criminal investigations.

Following are a few of the alarming ARV mechanical/equipment failures that have been reported by officers and which I have relayed at Council and other city meetings during the past year:

GM Brenda Barnette and Field Operations Director Mark Salazar cannot claim ignorance. Besides official reporting policies, in a small department of less than 400 employees, there are no secrets.

But, apparently they have not felt strongly enough about the safety of their employees, the animals or the public to advise the Mayor and Council of the deterioration and dangers of these old trucks that are too broken to fix.

Richard Coulson of Fleet Services candidly admitted that, although the trucks are safe after servicing by his department, they are old and “falling apart,” have high repeated-maintenance needs and frequent on-the-road breakdowns. He said it is due to being old and not being replaced.

However, even with this knowledge, there is no plan to replace the aged vehicles in the near future. According to General Services representatives, presently only 5 new vehicles are on order, 3 more are anticipated next year and then 9 more the following year.  By that time, the remaining majority of the vehicles will be 18 years old! The Assistant GM said they would order more if funding is provided.

Considering that San Diego Animal Services rotates one-quarter of its ARV’s every four years. and Los Angeles County’s scheduled replacement (funding permitted) is every five years or 100,000 miles, what is Los Angeles City’s excuse for leaving these decrepit vehicles on the streets for 15 years?

Councilman Koretz asked for an estimate of costs to replace the fleet and “catch up.” However, his total concern was that the trucks would break down and cause a lack of ventilation to the animal compartments. He did not mention the officers or their safety.

ACO’s check to assure there is adequate ventilation and use their expertise to keep the animals as comfortable as possible. In many cases, they drive each animal immediately to the shelter. As a result, there have been no casualties caused by overheating in LAAS trucks.

However, contrary to information provided by management that the average time is only 15 minutes, it can be a very long drive back to a shelter in L.A. traffic. For example, one officer reported driving 55 minutes to travel 33 miles in the Valley to pick up an injured animal; and an animal rescued in Watts must be taken over 20 miles to the Harbor shelter.

The current trucks do not have heat for animals in cold weather or air-conditioning for the blistering heat we are currently experiencing. There are numerous companies specializing in animal-transport equipment that could quickly provide an entire fleet of 50 temperature-controlled (heat and A/C,) fully equipped animal-control vehicles. Los Angeles must make this a priority.

This lack of vehicle-replacement strategy and concern for personnel is another example of why the Department of Animal Services must be returned to oversight by the Public Safety Committee of the Council, with the police and fire departments--and where officer safety matters.

It should not take the death of an officer or civilian and lawsuits many times the price of new vehicles to get city officials’ attention. This dirty little secret is now out. Can the city risk allegations of “willful negligence,” ignoring Animal Control Officers’ safety while other departments drive Teslas?

Interestingly, according to the Animal Services’ Fleet Inventory, administrators were assigned 2008 Prius and Civic Hybrid sedans, and other 2008 vehicles are listed for the Special Operations Section, supervised by Mark Salazar. Thus, some vehicle replacement occurred in this allegedly cash-strapped department.

And, a special vehicle just appeared at the North Central shelter--a 2015 John Deer Gator, 4-seater UTV and trailer (resembling a military dune buggy).  Two such vehicles and trailers were requested last year by Director Salazar to be purchased from the Animal Welfare Trust Fund (charitable-donation fund to help shelter animals) for the select SMART team. The request was denied by the Animal Services Commission on October 14, 2014.

A California Public Records Act request was submitted on Sept. 18, 2015, to determine the total cost and funding source for the 2015 Gator and trailer and if it was  purchased through General Services.