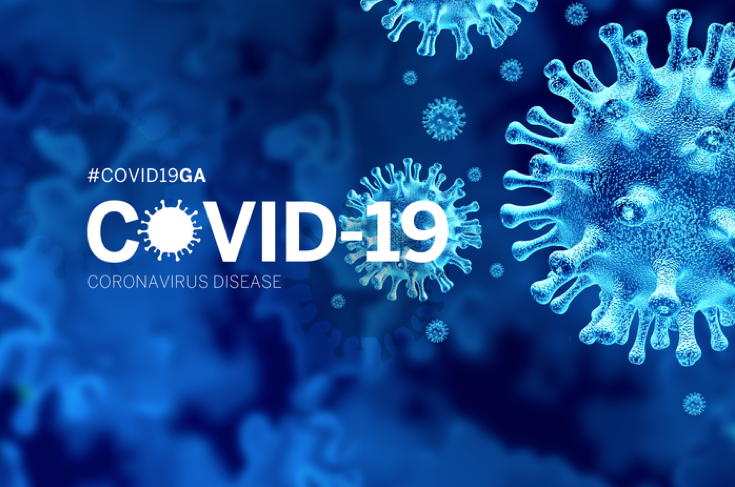 ALPERN AT LARGE--It's no secret that the numbers for the viral infections, exposure, and deaths to the COVID-19 Coronavirus are going UP.

It's also no secret that our nation's debt and financial obligations are also going UP--but desperate times require desperate measures.

Somewhat akin to a drowning person being thrown a life preserver and ignoring any screams and splashing that that person is making as he/she fights for life. Don't worry about any subtleties, hurt feelings, or upset bystanders--just SAVE that person!

Hence President Trump and the current Republican leadership in Congress, who've blown any reputation of being "fiscally responsible" for some time now, and the Democratic leadership (who long ago shed any pretense of being") are hailed as showing true leadership in the face of an economic crisis that has matched the human/health crisis of our current day.

A unanimously-passed $2.2 trillion bill (96-0 by the Senate, and now being evaluated in the House) is both a relief and a sobering reminder of how our nation is now barely treading water right now.

President Trump, meanwhile, is being both praised and lambasted for suggesting he would like to see the nation back to work by Easter. Because sooner or later we need to get back to work...but we also need to see where the heck the epidemiology of this virus is even going:

2) But when those filing for unemployment go up to 3.28 million, shattering the Great Recession peak of 665,000 in March 2009 this isn't a time to mess around with niceties and moral debates. We will either do what it takes to snap out of what was a long-lasting "mandatory vacation" or not.

3) Even if there are debates about student loan crisis, putting off payments reduces the stress of many who have this monkey on their back).

4) It's probably NOT going to go well that House Speaker Pelosi capitalized on this crisis and essentially played economic blackmail with a host of economic and political requests that had nothing whatsoever to do with the Coronavirus and its economic consequences but Democratic input did balance Republican input.

In particular, the need the protect workers against employers (who were going to get loans) who were not sincerely going to keep their employees working and paid needed addressing. If we're going to protect businesses, then bringing back and keeping employees' salaries afloat is only fair.

When the dust settles and the smoke clears, the input from Democratic Senate Majority Leader Schumer will probably be more accepted and understood than House Speaker Pelosi with respect to keeping things balanced and moral. Whether unscrupulous employers and large companies take advantage of this bailout at the expense of their workers, with Republican approval, is also at play.

5) But the House and Senate need to agree on one thing: just as the House approved a bipartisan motion condemning China for its response to the initial outbreak there, the need to get pharmaceutical production would create perhaps up to 800,000 jobs

Never should we EVER be dependent on a hostile trading partner like China for up to 90% of our pharmaceutical medications. Ditto for so many other basic manufacturing needs.

So... ATTENTION, Walmart shoppers! Stop buying stuff from China unless there's no choice. Bangladesh, Mexico, Germany, and even the good old US of A need our shopping habits to be changed to ensure our children a better future.

Because in the drive to create better Congressional leaders, and better corporate citizens, we also must restore the good habits of American consumers that made this nation powerful and great...whether one is a Democrat or Republican.

And those habits will create numbers that will ultimately determine if it is America, or China, determine both the economic and physical health of our nation (and perhaps our world) in the 21st Century.