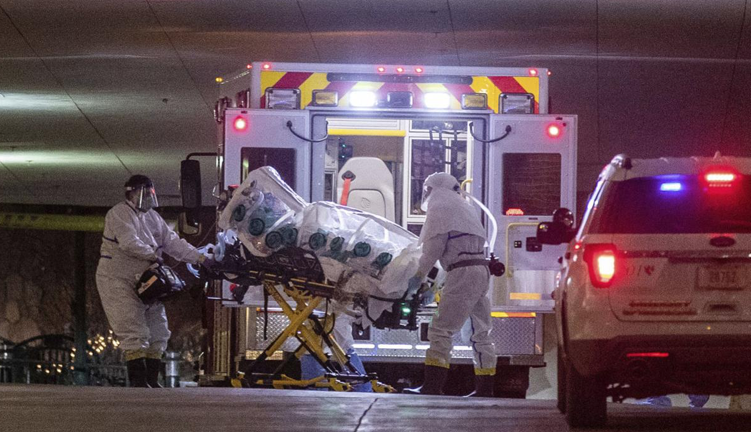 GELFAND’S WORLD--It seems like nobody is asking this question:  All those people who are now out of work – where will they get health insurance?

If the epidemic continues to grow and hundreds of thousands of people who have lost their jobs require hospitalization, who is going to cover their bills?

One of my colleagues used to work for the city of Los Angeles as a part timer. The rule was that you had to work 20 hours of every two week pay period in order to get your insurance. If you didn’t do those 20 hours, then you had to pay for the insurance yourself. This was considered a very generous benefit because a lot of part-timers in the private sector were not allowed to buy health coverage under any conditions. What happens when everybody gets sent home, and particularly from all those private companies?

What about all those millions of people who are now filing for unemployment benefits? Where are they going to get health insurance? Even a well-meaning state like California is likely to be overwhelmed.

And then there is the medical care sector itself. Just imagine, for the moment, the parking lot of Cedars-Sinai Medical Center or Long Beach Memorial Hospital. Patients come in with cough, fever, and trouble breathing, signifying infection with the Covid-19 virus. Hospital emergency rooms will have to render aid, so we don’t have to worry about them turning people away out of spite. But do you think that the hospitals will simply neglect to go through the patient admissions process? Will they forget to ask for insurance, and where you live, and what your drivers license number is?

Likely not. The hospitals are going to be forced to change many procedures, something that will push them to their own limits, but why should they also force themselves to redo every other section of their admissions process?

This also requires resources. I was sent to a local hospital radiology department for a routine X-ray, and it took longer to go through the admissions ritual than it took to get the X-ray.

Hospitals are going to have to deal with hundreds of sick people who are effectively charity patients, and they will have to ignore the financial difficulties momentarily. But should we expect that they will forget to engage in their usual billing activities when the dust settles? Will one-fifth of the country end up with the bill collectors calling?

This is going to be a national nightmare.

Those (the few, we hope) who end up in the intensive care unit would, under ordinary circumstances, run up bills in the hundreds of thousands of dollars. It wouldn’t work that way in France or Britain or Japan, but that’s the ugliness of our system. Unless something changes radically in the next couple of weeks, the general principle is that a severe case of Covid-19 is going to result in either death or a medically induced bankruptcy.

The alternative is that survivors of Covid-19 will simply ignore their hospital bills and wait for a new national administration to clean up the mess.

This is another one of the Republican hypocrisies that has become manifest. Did Mitch McConnell and the president think about this problem anytime in the past 3 years while they were trying to sabotage Obamacare? Is there anything about the problem in their magic elixir of a bill – the one that is supposed to begin at a cost in excess of a trillion dollars? ?

Will a state like California even be capable of extending Affordable Care Act coverage to its newly unemployed? Considering the costs, the answer is not clear.

Perhaps some of that magic money that the congress is supposed to come up with can be used to pay hospitals and doctors directly, skirting the philosophical questions about socialized medicine that Republicans otherwise love to flaunt. But the current epidemic is just now starting to reveal the true costs of a medical care system that could be run at half of its current cost. For two-thirds of the current costs, we could have a system as good as Switzerland or France or Germany.

My guess is that in the event of a rapidly growing epidemic in this country, the organizational questions surrounding medical payments will  be left in the lurch. Those who are out of work and facing the fear of disease will be happy enough to accept some version of Medicare for All Who Want It. For sure, the advent of a real epidemic will bring these questions to the front, and eventually force some sort of answer.

The current epidemic is clarifying a lot of Donald Trump’s philosophical and political failures. You wouldn’t know it from Trump’s speeches to the American people over the past few days. He had been coming across as a lot more mature than the Trump we saw at his political rallies and in his impromptu remarks from the White House lawn. His responses have been more measured, and even reveal an increased (although not total) level of knowledge about some of the issues. Put it this way: He hasn’t quite grown to the level of a freshman congressman from rural New York state, but at least he has been able to read his speeches without falling into one of his oh-so-common tantrums.

In each case, the logic of the situation requires that the government, the president, and the American people heed the arguments and proposals put forth by real honest to God scientists.

Here’s where the hypocrisy comes in. For close to thirty years, the conservative Republicans have been denying the increasingly compelling scientific findings on global warming.  It’s real and it’s here. When the Covid 19 pandemic is past, we will still have to deal with an even starker dilemma raised by rising seawater temperatures, dramatically increased storm violence, and the destruction of hundreds of thousands of species.

Will any Republicans begin to accept science, unlike how they have denied it so far?

More on this in later discussions.