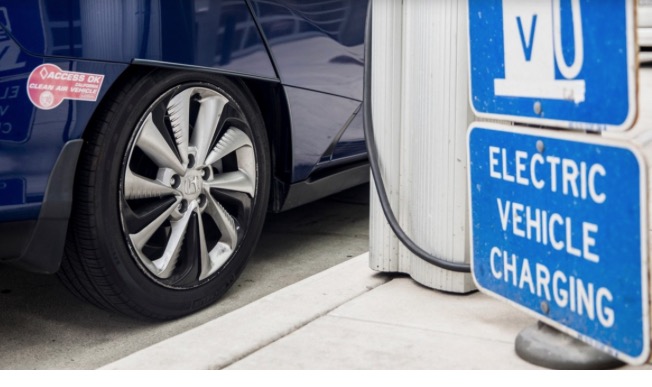 OPEC SETBACK - In a major blow to President Joe Biden, on Wednesday, OPEC+ took steps toward cutting the oil production of the members by 2 million barrels a day.

Jackie Northam at NPR reports the views of analysts who believe that Saudi Arabia and Russia drove the decision in order to get prices back up over $100 a barrel. Oil prices have fallen consistently since last spring when the price touched $120 a barrel on the Brent Crude Exchange, to only $93 a barrel today. It had been as low as $88 a barrel in recent days, but news of the OPEC decision sent prices higher.

Saudi Arabia has ambitious plans to transition to a post-oil economy over the next two decades, and so wants to get as much for its petroleum as it can, while it is still worth something. Russia is facing further European boycotts and sanctions that will kick in at the end of the year, and so needs to make up with a high price what it will lose in volume if it is to remain capable of funding the Russian state and the expensive war on Ukraine.

In July, President Biden was convinced by his national security team and perhaps his Democratic Party pollsters to make a trip to Saudi Arabia, where he met with Crown Prince Mohammed Bin Salman, helping rehabilitate the disgraced royal whom the CIA had fingered in the murder of Washington Post columnist Jamal Khashoggi in the Saudi consulate in Istanbul four years ago. Biden had pledged to make Saudi Arabia a pariah over that and other issues, but was forced to eat crow when Russia invaded Ukraine last February. Russia is a major petroleum producer, and the sanctions Biden and his European allies placed on Russian oil drove down its production. The loss of some Russian production caused a spike in gasoline prices, which hurt Biden among US consumers. The subsequent fall of gasoline prices for the past several months has been good news for Democrats. Biden was asking Saudi Arabia to increase production, which would hurt Russia’s war effort and help the Democrats in the midterms.

Bin Salman pocketed the fist bump of recognition by Biden, but now has stabbed Joe in the back by pushing for a significant cut in production, which will drive prices up again. This helps Russia and hurts the Democrats. Maya Angelou said that when people show you who they are, you should believe them the first time. Bin Salman has done a lot of showing — launching the ruinous Yemen War, kidnapping the prime minister of Lebanon, shaking down his cousins among the princes with house arrest in the Ritz Carlton, and allegedly ordering the murder of Khashoggi. Because the Saudi hit team (which was from Bin Salman’s own security detail) brought along a medical examiner to cut Khashoggi’s body up into pieces that could be smuggled in garbage bags out of the consulate and secretly buried around Istanbul, and because the ME used a bone saw, Bin Salman is jokingly called Abu Minshar, Mr. Bonesaw, on the Arab street.

It was pretty predictable that Mr. Bonesaw would take Joe Biden for a ride. And he has.

Not only that, but our European allies depend on Russian and Gulf petroleum, though the EU is trying to cut Russia off by the end of this year. Europe is not energy-independent, which has sometimes made its member states reluctant to sign on to US policy. That most European countries have yielded to President Biden’s entreaties and supported Ukraine against Russia has opened the bloc to Russian blackmail over petroleum and fossil gas supplies, and to Russian schemes to get Europe to pay for the war on Ukraine through those energy imports.

Both the United States and the European Union need a Declaration of Independence from Oil.

Biden knows very well the proper response to the OPEC cartel’s monopoly pricing of petroleum, and its collusion with Moscow in raising prices, which is to turbocharge the adoption by Americans of electric cars. The Inflation Reduction Act has generous subsidies for EVs assembled in the US. The bipartisan Infrastructure Investment and Jobs Act has billions to help states build a network of electric chargers for cars so that people are not afraid of running out of juice. I drive an EV. It doesn’t happen. So the anxiety is misplaced, but sure, it is great to have lots of fast charging options.

There is lots of good news on the EV front in America. In the second quarter of this year, EVs doubled to nearly 6% of new car sales nationally year on year.

Despite a decline in purchases of internal combustion engine (ICE) vehicles, Ford tripled its sales of electric vehicles year over year in September, with the Mustang Mach-E continuing to rise in popularity. I’ve test-driven one. It is a very nice electric SUV.

We are on the ground floor of what Arezou Rezvani at NPR recognizes as a huge transformation, down to the kind of automobile engineers universities need to train.

One good thing about the OPEC+ production cut and consequent likely rise in gasoline prices? It will help even more consumers see the beauty of having an electric car. We just plug ours in at home. During the day (I don’t work 9-5), it is taking in electricity generated by our solar panels, which is free. The idea of running my car on clean, free sunlight is a trip. I look forward to the time, which is rapidly nearing, when everyone can afford to do the same, and can in fact save loads of money in doing so, not to mention saving the earth from a baleful climate emergency.

(Juan Cole teaches Middle Eastern and South Asian history at the University of Michigan. His newest book, "Muhammad: Prophet of Peace Amid the Clash of Empires" was published in 2020. He is also the author of  "The New Arabs: How the Millennial Generation Is Changing the Middle East" (2015) and "Napoleon's Egypt: Invading the Middle East" (2008).  He has appeared widely on television, radio, and on op-ed pages as a commentator on Middle East affairs, and has a regular column at Salon.com. He has written, edited, or translated 14 books and has authored 60 journal articles. This article was first published in CommonDreams.org.)