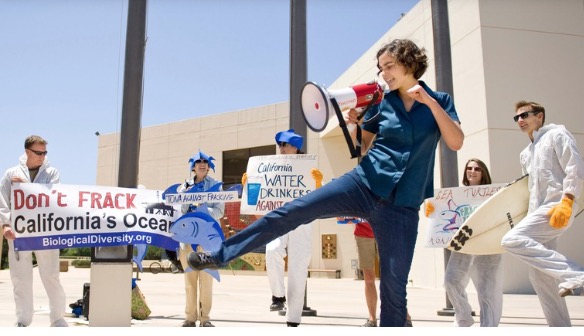 ENVIRONMENT - A leading environmental group on Wednesday condemned the Biden administration's attempt to overturn a court ruling that blocked offshore fracking in public waters off the coast of California.

"It's incredibly disappointing to see the Biden administration doing the oil industry's bidding by defending fracking off the California coast," Kristen Monsell, an attorney at the Center for Biological Diversity (CBD), said in a statement. "This contradicts the administration's climate goals because fast-tracking offshore fracking will mean more dirty fossil fuels."

Biden administration officials filed a request Wednesday in the 9th Circuit Court of Appeals seeking an en banc review of a 2018 decision by a Los Angeles district court ordering the Trump administration to stop issuing permits for offshore fracking in federal waters off the California coast.

"The 9th Circuit's decision was well-reasoned and the right one under the law. We're confident this effort to overturn it will be rejected," said Monsell. "Offshore fracking shouldn't be allowed at all, let alone without a careful, comprehensive analysis of its harmful environmental effects."

At least 10 fracking chemicals routinely used in offshore fracking could kill or harm a broad variety of marine species, including marine mammals and fish, center scientists have found. The California Council on Science and Technology has identified some common fracking chemicals to be among the most toxic in the world to marine animals.

In other Golden State fracking news, the U.S. Bureau of Land Management on Wednesday agreed to stop auctioning federal fossil fuel leases in central California until the agency completes a supplemental environmental review.

(Brett Wilkins is a staff writer for Common Dreams where this article was featured.)

Biden Calls for Ban on Assault Weapons at National Vigil for All Victims of Gun...

‘The People Once Again Rose Up': Warnock Evokes the Civil Rights Movement in Emotional Victory...

Supreme Court Skeptical of NC's Redistricting Case: It Will Allow ‘Most Extreme Forms of Gerrymandering'