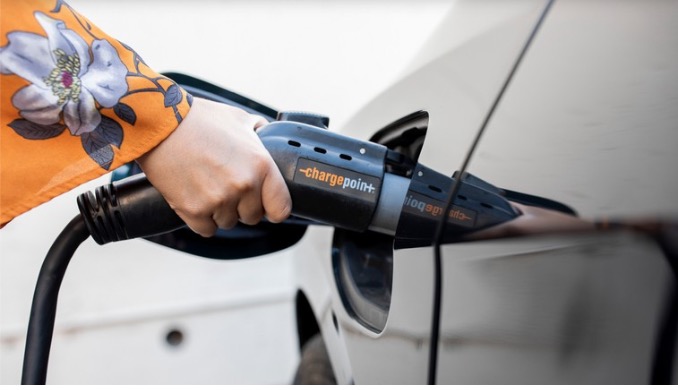 CLEAN AIR WATCH - California is expected to implement a groundbreaking measure on Thursday that will ban sales of all new gas-powered cars by 2035, The New York Times reports.

Home to the largest new car market in the U.S., California's new rule is expected to have far-reaching impacts in Washington, D.C. and around the world by accelerating electric vehicle (EV) production and reducing auto pollution—the country's top source of greenhouse gas pollution.

"This is huge," said Margo Oge, an electric vehicles expert who headed the Environmental Protection Agency's transportation emissions program under three presidents. "California will now be the only government in the world that mandates zero-emission vehicles."

The California Air Resources Board's new rule will require that 100% of new cars sold in the state by 2035 be free of fossil fuel emissions. Before the 2035 ban takes effect, emission targets will be enforced incrementally—requiring 35% of new passenger vehicles sold in the state to produce zero emissions by 2026, and 68% of passenger vehicles by 2030.

More than a dozen states follow the California Air Resources Board's lead when setting their own emissions policies and roughly a third of the United States automotive market is expected to adopt California's new zero-emissions targets.

"This is indeed huge," Fossil Free Media director Jamie Henn tweeted. "California is the fifth-largest economy in the world and this will help turbocharge the transition to EVs everywhere."

The ambitious policy was made possible by the Biden administration's restoration of the Clean Air Act waiver—a climate policy that was discontinued by former President Donald Trump—that grants California the power to enact vehicle pollution standards that are stricter than federal ones.

According to the Times, the new vehicle standards are projected to cut emissions 40% below 2005 levels by 2030—and experts said that the rule, "in both its stringency and reach, could stand alongside the [Inflation Reduction Act] as one of the world's most important climate change policies."

Environmental organization Stand.earth lauded the new rule on Twitter while acknowledging more needs to be done by ramping up investment for charging infrastructure, public transit, and walkable and bikeable neighborhoods.

"Gas-powered cars are a major source of air pollution that create toxic smog and threaten public health," said Jenn Engstrom, CALPIRG state director, in a statement. "We cannot address climate change without phasing out oil-powered transportation, and we applaud California for embracing the promise of clean transportation."

(Jenna McGuire is assistant editor and staff writer in the Common Dreams newsroom where this article was featured.)