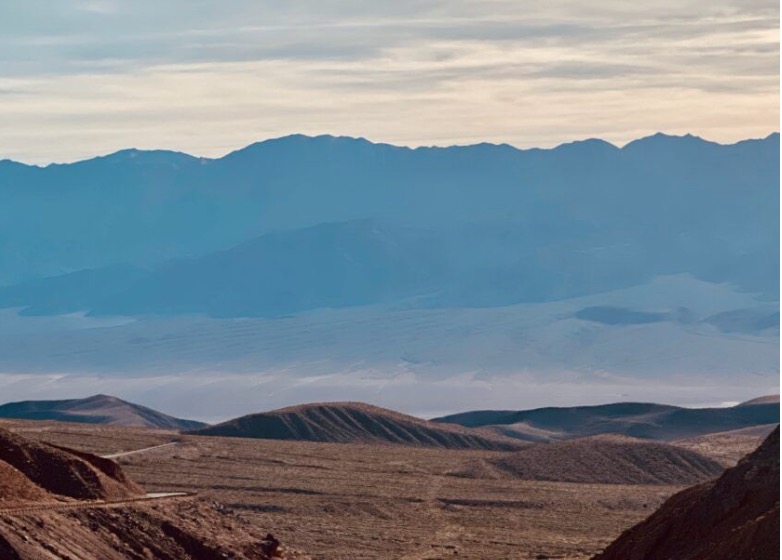 CLIMATE WATCH - The canary in the coal mine is dead. He died of heat prostration.

Along with him went plenty of humans, poorly protected from the climate collapse: In India this spring, in the American Southwest, Midwest and South late spring, in Xinjiang, China also in spring and in large parts of Africa right now. That’s before summer even really got cooking. Last summer the American Northwest baked at 116 degrees Fahrenheit for days, and in places like the British Columbia town of Lytton, the mercury hit 122 degrees, before the town spontaneously combusted and burnt to the ground. This formerly once-in-a-millennium roasting now occurs yearly, across huge swaths of the planet, thanks to human-induced climate change. Summers these days in Reno, Nevada average 10.9 degrees hotter than they were in 1970, while countries like Iraq at times feature heat of 120 degrees. And most Iraqis don’t have air-conditioning.

So it was kinda hard to feel sorry for Europeans unhappy with temperatures in the 104-109 degree range, back in mid-June. That was comfortable compared to what homeless people in India and the greater Middle East endure. Because lots of Europeans have air-conditioning. No such luck for those sleeping, and often expiring, on oven-hot concrete under highways on the subcontinent.

And yet European calefaction broke records, as every new heat wave seems to do at this early stage of the climate collapse. Catalonia, Spain, hit 109 degrees, one of its hottest temps ever, while 104-degree temperatures in France were, according to the Washington Post June 2, “the earliest the country has hit that high a temperature in recorded history.”

Extreme heat means drought, and drought means no food. So lots of places are watching Famine gallop over their withered farmlands. In Kenya, Somalia and Ethiopia, people currently starve. The number of them is 23 million, according to Oxfam, which blasted G7 countries on June 28 for doing too little about this disaster, “for leaving millions to starve and cooking the planet.” Worldwide “323 million people are on the brink of starvation…Nearly a billion people, 950 million are projected to be hungry in 2022,” Oxfam slammed the U.S. and its European hangers-on.

Since western nations, after all, burned most of the oil, coal and gas that caused these droughts, Oxfam is right – those countries should exhibit the good grace to fork over enough money to feed the people they’ve famished. But no. G7 skinflints don’t think so. This African drought, the worst in 40 years, is, according to the U.S. and its vassals, largely somebody else’s problem.

So we humans have a dilemma of our own making. Or rather of the making of our economic-political system, aka capitalism. We burned too much oil, coal and gas, it overheated the planet, but we can’t seem to stop. One factor aggravating the situation is the war in Ukraine. If the west – the chief climate collapse culprit until China, more recently, got into the act – had put a vast, sturdy, renewable infrastructure in place, or maybe even partly in place, that war would have been a chance to begin the switch. But instead of proceeding carefully and methodically, our rulers lost their heads. Or rather, they shot themselves in the head by sanctioning Russian energy, instead of the hard work of negotiation and then commenced racing around like the proverbial headless chickens in a mad scramble to find more oil, coal and gas. Concern about fossil fuel burning turning parts of the planet into infernos was pitched out the window. The race to pump more oil and find more gas began, even, at the behest of the so-called Greens in Germany (an exceedingly bloodthirsty bunch – who knew?), to burn more coal. It is a race to the grave.

Leading the charge to the cemetery is the American Republican party – though lately Biden’s been no slouch in this suicidal headlong stampede either. But if GOP science denialists get control of half or all of congress, expect them to toss sane climate discourse into a ditch. If they retake the white house in two years – that is, if we all survive a possible atomic apocalypse, courtesy of Joe “Russian Roulette” Biden and his neocons – well, those supposedly “freak” heat waves we’ve been having won’t become so freakish anymore, as Republican idiots implement policies to turn the planet into what some have aptly called a greenhouse gas chamber. Disastrously, those heat attacks have already become the spring, summer and autumn norm. What do we do if they start happening in winter?

The planet is burning and the arsonists are in charge, as environmentalist Naomi Klein once quipped. Some of the most dedicated arsonists sit on the supreme court. Proof? The Koch court’s recent neutering of the Nixon-created Environmental Protection Agency. With that imbecile decision, the so-called jurists might just as well have proclaimed, “we don’t believe our senses or the world’s best scientists. We believe corporate propaganda.” The arsonists’ handiwork is there to see for anyone with open eyes. But the supremes are partisan ideologues, blind to truth and truth’s sister, justice, and they are far too busy dumping precedents and doing the bidding of mega fossil fuel corporations to consider that the Environmental Protection Agency, was founded to, uh, protect the environment. As for why the environment screams for that protection, the so-called jurists on the court are too stupid to listen.

For instance, currently 90 percent of the American west withers in drought. Lake Mead dried into a mucky shadow of its former self. Rain and snowpack vanished and may not be coming back. As of June 15, Phoenix had experienced temperatures over 110 degrees for days running. “And, even more concerning,” reported earther June 15, “it’s broken an overnight heat record of 90 degrees F. This was the first time it was so hot at night so early in the season.” So even when the sun don’t shine, it’s heat stroke time in Phoenix.

Meanwhile the same day, according to the Washington Post, 165,000 residents of Odessa, Texas were without water during a scorcher, after a pipe broke. Temperatures hovered around 100 degrees. How you stay cool and hydrated – life and death matters in such heat – without running water is a bit of a challenge.

As if this wasn’t bad enough, the next day the Post ran a headline: “Extreme heat and humidity kill thousands of cattle in Kansas.” Cows, you see, can’t flop down in front of the air conditioner until the heat wave passes. “At least 2000 cattle are known to have died as of [June 14]…That tally was based on the number of requests the agency received to help dispose of carcasses.” Beef farming wrecks the climate and therefore needs to be pared down, but this was not the method of doing so that most environmentalists had in mind.

These quondam “freak” now routine heat spasms signify that the planetary thermostat is out of whack. There may be little we can do about that – it’s damage already done. But we sure as shootin’ can stop making things worse. Everyone knows how we do that. We go gangbusters installing wind and solar. Like China does. For that that we need politicians who don’t wrap themselves into a pretzel the way Biden did – war on Russia, oopsies no oil, gotta find more oil no matter what, cause now it’s a titanic political liability with skyrocketing prices at the pump; instead of keeping his head and instituting a program to build up renewables (no, tariffs on solar tech from China are not good policy) that will enable us to dampen fossil fuel burning. And we certainly don’t need politicos like Trump, whose torch-it approach to the earth means an early tomb for much of our species. Congresswoman Marjorie Taylor Greene summed up the GOP approach to this catastrophe, when she said climate change is good for us, making her the Dr. Kevorkian of homo sapiens. If people like that wind up running the world’s second biggest carbon polluter, it means lethally hot times ahead, while farmers stare at dead crops and millions wonder when they will eat their next meal.

(Eve Ottenberg is a novelist and journalist. Her latest book is Hope Deferred. This article was featured in Counter Punch.  Eve can be reached at her website.)