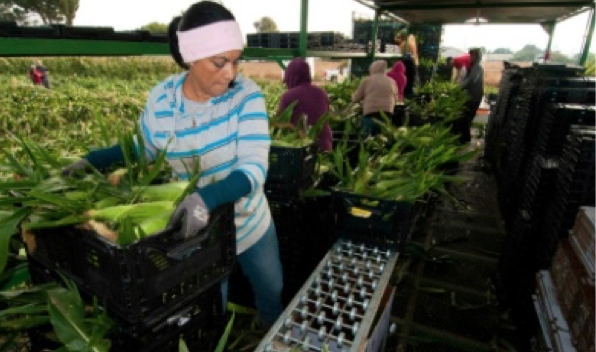 BEGREEN--Environmental Protection Agency (EPA) head Scott Pruitt denied a 10-year-old petition late Wednesday to ban the use of chlorpyrifos, a widely-used pesticide that harms children's brains, in a decision that outraged public health advocates and environmentalists.

In greenlighting the dangerous chemical, the EPA defied its own research—and acquiesced to Dow Chemical, the maker of chlorpyrifos, which has been lobbying the agency for years to allow the pesticide's continued use.

"Without the ban, farmworkers, their children, and others can't escape exposure because the poison is in [the] air they breathe, in the food they eat, the soil where children play."
—Erik Nicholson,
United Farm Workers

As the Natural Resources Defense Council (NRDC) observed: "The Trump EPA's denial of the NRDC and Pesticide Action Network 2007 petition to ban chlorpyrifos contradicts EPA's own analysis from November 2016 (just five months ago!) that found widespread risk to children from residues of the pesticide on food, in drinking water, and in the air in agricultural communities. Up until last night, EPA explained that because of these risks a ban was needed to protect children's health."

Environmental law group Earthjustice listed the risks the EPA discovered through its own research into chlorpyrifos:

There is little doubt about the science. Mother Jones' Tom Philpott reported that "Stephanie Engel, an epidemiologist at the University of North Carolina and a co-author of [a major study on chlorpyrifos at Mount Sinai], says the evidence that chlorpyrifos exposure causes harm is 'compelling'—and is 'much stronger' even than the case against BPA (bisphenol A), the controversial plastic additive. She says babies and fetuses are particularly susceptible to damage from chlorpyrifos because they metabolize toxic chemicals more slowly than adults do. And 'many adults' are susceptible, too, because they lack a gene that allows for metabolizing the chemical efficiently, Engel adds."

And the New York Times reported that "Jim Jones, who ran the chemical safety unit at the EPA for five years, and spent more than 20 years working there until he left the agency in January when President Trump took office, said he was disappointed by Mr. Pruitt's action. 'They are ignoring the science that is pretty solid,' Mr. Jones said."

The decision is in line with Pruitt's anti-science, pro-corporate stance. Yet advocates and researchers who have followed the years-long campaign to end the use of chlorpyrifos were still shocked by Pruitt's outrageous move.

As a result of Pruitt's decision, children and farmworkers nationwide are endangered, rights advocates and environmental groups charge.

"Without the ban, farmworkers, their children, and others can't escape exposure because the poison is in [the] air they breathe, in the food they eat, the soil where children play," observed Erik Nicholson, national vice president of United Farm Workers. "We all have a basic right to a healthy life."

Some further argued that the decision breaks the law.

"We have a law that requires the EPA to ban pesticides that it cannot determine are safe, and the EPA has repeatedly said this pesticide is not safe," Patti Goldman, managing attorney at Earthjustice, told the New York Times.

(Nika Knight writes for Common Dreams  … where this report was first posted.)

Ex-Police Officer Gets 7-Plus Years in Prison in Jan. 6 Case

Beto O'Rourke Responds to Heckler Over Uvalde With Expletive