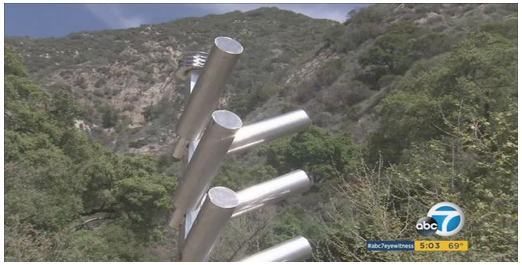 WELLNESS--Cloud seeding has been around for decades, but the general public has not known about it until recently. In 1946 it was discovered by a General Electrics lab that Silver Iodide could be used to make already existing clouds put out more rain. It was the 1950’s that this technology started to be used en force to battle drought. Since that time it is used as needed all over the world depending on the drought levels, and with the increasing water shortages worldwide, cloud seeding is becoming more and more common.

In order for cloud seeding to work, there has to be rain clouds already present. By filling the cloud with silver iodide, they can increase the rainfall by 5 to 30 percent depending on where they clouds are located. It’s easier to make more rain from a cloud near the coast as opposed to inland.

Today, companies like the North American Weather Consultants, Inc create and set up cloud seeding stations that are portable and easy to transport so they can get them where they are needed most. In Los Angeles there are currently 10 towers set up between Sylmar and Pacoima.

These portable generators shoot Silver Iodide into the already existing clouds, which bind to the water molecules creating an instant freezing of the water particles. The now heavy frozen water vapor falls from the sky as rain.

The concern over silver iodide in our water and air supply is a real one. While the studies are still being conducted around this topic, what we do know is that silver iodide is highly susceptible and when it drop and falls into our atmosphere it quickly breaks down. The US Public Health Service claims there is a negligible environmental impact by cloud seeding. That said, silver iodide when studied in labs is a different story all together and is indeed toxic and dangerous.

There are other studies showing that silver iodide is toxic especially to fish and wildlife. This particular study is quoted as stating that “repeated exposure of animals to silver might produce anemia, cardiac enlargement, growth retardation, and degenerative changes in the liver.” (Seiler, H.G., H. Sigel and A. Sigel (eds.). Handbook on the Toxicity of Inorganic Compounds. New York, NY: Marcel Dekker, Inc. 1988. 622)

This same study says that silver is not known to be carcinogenic to humans. From what most of the studies show, the one known risk humans take by being exposed to silver is called Argyria which is a grayish blue discoloration of the skin. If you look at the pesticide info website you will see that silver iodide is not shown to be toxic for humans but it does show an accumulation in fish.

Most of the government sites say that this chemical can only cause skin discoloration, but it proves challenging to find any other information regarding silver iodide and it’s possible toxic effects on humans.

In spite of claims that the long-term effects of this procedure are said to be harmless, it still feels like we are something of test subjects in the area of cloud seeding.