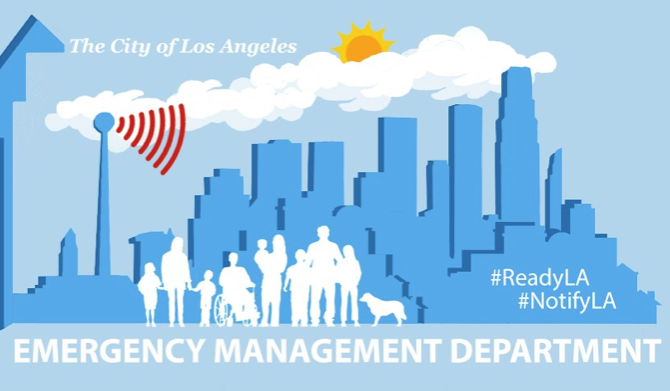 NEIGHBORHOOD POLITICS-The mission of the Emergency Management Department (“the EMD”) is to ensure that Los Angeles and its residents have the necessary resources and information needed to prepare, respond, and recover from emergencies, disasters, and significant disruptive events.

The EMD had the plans and the organization to get the City through the opening months of the pandemic and, with the Emergency Operation Center (EOC) working 8 a.m. to 5 p.m., continues to facilitate logistics for needed supplies.

And, despite its limited resources, it has been on the front lines of every recent disaster to hit Los Angeles, coordinating the response and communicating with residents, City departments and other agencies from the EOC.

But to realistically meet needs of the City of Los Angeles and its inhabitants in the event of future emergencies, the Mayor and City Council need to significantly ramp up the capabilities of the EMD to protect all Angelenos.

Having had a plan for epidemics in place as part of its arsenal against emergencies, the EMD has been on the forefront of the COVID-19 pandemic for eleven months now. With a shrinking staff and minimal resources, it has coordinated containing the spread of the infection in Los Angeles in the face of irresponsible individuals and the demands from business owners, facing financial loss, to reopen prematurely despite the danger to their customers and employees.

The Mayor and City Council are not responsible for the fiscal crisis brought on by the pandemic, but they are responsible for the imprudent decisions that encumbered the City’s budget beforehand and for not acting swiftly to curtail the impact in a timely manner. They are also responsible for the draconian cuts to the EMD’s staff and funds. And it will be the residents of Los Angeles who will suffer when – not “if” but when – the next emergency hits.

Due to the City’s current hiring freeze policy, the EMD now has a mere 16 employees, less than half of what they had a year ago and certainly not enough to staff the EOC 24/7 for a few days, let alone the weeks and months most emergencies will require.

Los Angeles must keep as its guiding light that the lives and livelihoods of Angelenos and the physical integrity of the city are sacrosanct. Yes, it should balance its budget. So the question becomes from where to allocate the necessary funds.

The EMD is currently undervalued, underfinanced, and understaffed. It has good people and good plans but currently lacks the resources to implement them.

It’s time for the City to recognize EMD as essential for the City’s safety and continuity, and make the tough decisions needed to adequately fund it.

The 2020-21 budget approved for the EMD was under $3.4 million, less than $1 for every person in Los Angeles. With loss of income due to the pandemic, the City demanded cuts; retiring personnel were not replaced due to the hiring freeze. Next year the EMD can expect less.

Most of its budget goes to salaries, with a shrinking amount targeted to community emergency management and preparedness. There is only one public health coordinator to address bioterrorism, epidemics, outbreaks of infectious diseases, and health care issues such as water contamination (a real concern given fracking within city limits) and the Aliso Canyon gas leak.

In the event of another emergency, one that again will last not days but weeks or months, the City will need to provide Angelenos with food, water, power, medical resources, shelter, sanitation, communication, and transportation. Most importantly, the City will need to coordinate the delivery of these services with its many departments and with the County.

Los Angeles established its Emergency Management Department to coordinate efforts within the huge area of Los Angeles with its many densely populated neighborhoods, divided by mountains, fault lines, arroyos, and freeways, in the event of fire, floods, earthquakes, terrorism, and riots.

The EMD has an amazing coordination center which serves all the City departments, including the LADWP and Harbor, as well as representatives from the County and State.

Disaster preparedness exercises have helped reveal problem areas but when an actual event occurs, the City will be facing not only the stress of “this time it’s for real,” but the reality that it’s rare for one emergency to exist in isolation. Usually there is a cascade of crises tying up multiple resources across many locations.

Los Angeles needs to reevaluate its priorities with regards to how well it can weather a catastrophe.

Hospitals will be overwhelmed in many emergencies; how will the city ensure backup services and getting doctors and medical supplies to where they are needed?

Why hasn’t the city upgraded and hardened its infrastructure – roads, power grid, water, and sewage – to better withstand earthquakes, fire, and flood?

Are our water supplies secure? What are the plans if they are cut off, or if they are contaminated, either accidentally or deliberately?

How are first responders to overcome the barriers and bottlenecks created by the mountains, fault lines, arroyos and freeways that crisscross Los Angeles?

How will power be provided for first responders, medical facilities, and civilians dependent on electric devices to live? What redundancies and workarounds have been developed if the grid is compromised?

What about emergency communications – between first responders, broadcasting to Angelenos, calling in outside resources?

What plans have been made to provide necessities to civilians as well as emergency workers if days turn into weeks?

Firefighters and police will be front and center in the initial days as they were for the Woolsey fire and the Black Lives Matter protests, but what about the weeks and months to come? The sheer size of the city and its geographical challenges will spread existing resources far too thin.

The preemptive power shut offs by PG&E and other companies designed to limit the risk of wildfires and their liability has led to widespread disruption and a number of deaths. Millions have been left in the dark both literally and figuratively. Lack of communication from the power companies has been further compounded when cell towers fail.

The After Action Review of the Woolsey Fire Incident by Los Angeles County sets out many steps that the County, City, various agencies, community groups, homeowners, and individual residents can take to upgrade the effectiveness of responses next time.

Economic prerogatives of special interests and the unwillingness of our elected officials to address potential emergencies have trumped health concerns across the country. But we cannot afford to neglect the Emergency Management Department because this department is essential for the safety of Angelenos and the City’s future in the next emergency.

(Liz Amsden is a member of the Budget Advocates, an elected, all volunteer, independent advisory body charged with making constructive recommendations to the Mayor and the City Council regarding the Budget, and to City Departments on ways to improve their operations, and with obtaining input, updating, and educating all Angelenos on the City’s fiscal management.) Prepped for CityWatch by Linda Abrams.