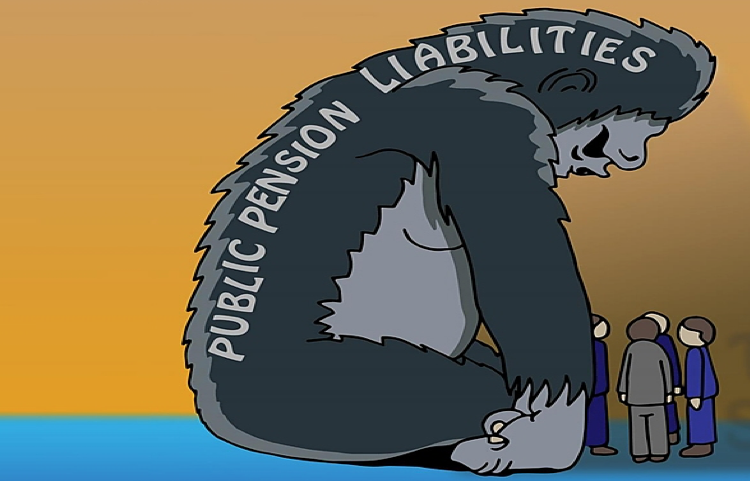 NEIGHBORHOOD POLITICS-Does the City of Los Angeles control its labor force or are the public sector unions throwing Angelenos under the proverbial bus?

There are two aspects to employment as any business owner can tell you. There is what the workers are paid now and the conditions under which they work. And then there are retirement benefits that are funded today and paid out from the pension funds that are supposed to be managed to have the necessary funds needed for health and pension payments when they come due.

The operative word there is “supposed” because, in the case of the City, if the money isn’t there, any shortfall is the responsibility of the taxpayers.

The City of Los Angeles is far and away LA’s biggest employer. So changes to the contracts for its workforce have an impact that reverberates through the budget at warp speed.

In response to the negotiations last year that concluded with the City acknowledging in October that the budget that promised surpluses for the foreseeable future in June had been upended and the forecast was for red ink for many years into the future, the Budget Advocates’ White Paper called for all future labor negotiations to be open and transparent.

Personnel expense is the City’s largest expense, yet it is not transparent. New labor agreements in the current fiscal year resulted in large multiyear budget deficits that jeopardized the City’s finances and its ability to deliver adequate services. This is not the first time this happened. The City also lived through this in 2007 and it’s time to make sure this does not happen again. In line with the Mayor’s Back to Basics principles, any increases in salaries and benefits must not result in any current or future budget deficits.

The White Paper went on to recommend that the City should:

If such requirements had been in place a year ago, the City would have entered the economic maelstrom caused by the pandemic in substantially better fiscal health than is the case today.

At this point the City Administrative Officer needs to outline just how much of this financial crisis was due to increased salaries and benefits from the recent labor agreements.

How much of the economic pain Angelenos will suffer in the coming years could have been prevented if proper oversight and controls had been in place to protect their interests from those of politicians beholden to the campaign-funding unions for reelection.

Unfunded pension liabilities are by far the City’s largest liability. While this debt-like obligation must be paid by the City, our elected officials and Angelenos do not understand pensions and this massive liability and its implications. The City has not developed a realistic plan to eliminate this liability. Furthermore, this liability is understated because of the reliance on an overly optimistic investment rate assumption of 7¼%.

Six years ago, the LA 2020 Commission recommended creating a Pension Commission to review and analyze the City’s two pension plans and develop recommendations to eliminate the pension and other post-retirement employment benefit liabilities over time. Each year since, the Budget Advocates have repeated this recommendation.

It is now 2020 and the City Council is still choosing to not implement it despite the pressing need to eliminate the unfunded liability to stabilize its future expenditures and get the City’s financial house in order.

It all comes back to transparency.

(Liz Amsden is a member of the Budget Advocates, an elected, all volunteer, independent advisory body charged with making constructive recommendations to the Mayor and the City Council regarding the Budget, and to City Departments on ways to improve their operations, and with obtaining input, updating and educating all Angelenos on the City’s fiscal management.)   Prepped for CityWatch by Linda Abrams.