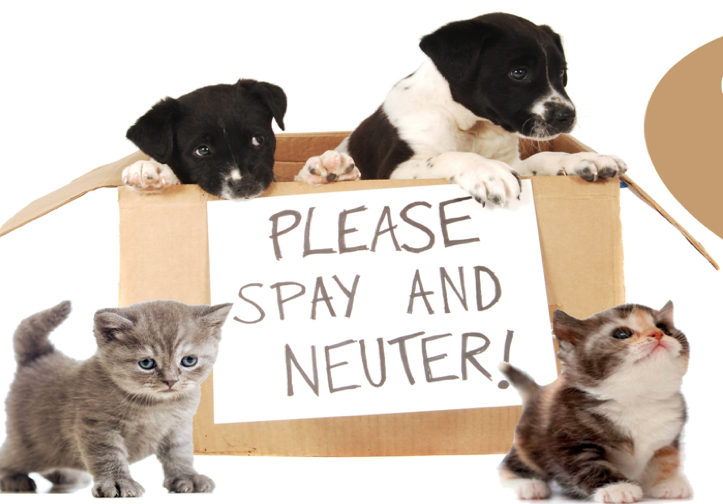 NEIGHBORHOOD COUNCIL BUDGET ADVOCATES-Spay/neuter of dogs, cats, and rabbits saves the City a tremendous amount of money in the long run.

While spay/neuter of pets is, and should be, primarily the responsibility of the pet owner, the Los Angeles Animal Services Department (LAAS) is involved as well. LAAS is charged with enforcement of the mandatory spay/neuter law. Furthermore, all animals adopted from the City animal shelters are spayed/neutered before they leave (unless too young to do so). LAAS also administers the Animal Sterilization Fund to provide free and reduced-price vouchers for spay/neutering for low income families.

It is much less expensive to spay/neuter dogs, cats, and rabbits than it is to care for generations of their offspring at the City shelters and ultimately put them to death when they run out of space.

According to the Humane Society, female cats can breed three times a year and have an average of 4 kittens per litter. Dogs can breed twice a year with litters of 6-10 puppies. In seven years, one unspayed female cat and her offspring can produce 420,000 cats and one unspayed female dog and her offspring can produce 99,000 dogs. While this is just the statistical possibilities and the numbers would be much less in the real world, it is clear that failure to spay/neuter just a few dogs and cats will lead to the birth of hundreds, if not thousands, of homeless dogs and cats over several years. Failure to provide adequate funding for spay/neuter of thousands of animals is the height of penny wise and “pound” foolish.

Spay/neuter is the key to reaching and maintaining No-Kill in the City animal shelters.

Both the Mayor and the City Council have made the achievement and maintenance of No-Kill a high priority for the City. But they allot less than two hundredths of one percent of the City's budget to spay/neuter.

No healthy adoptable animals should be killed in our City shelters for lack of kennel space. No-Kill, as defined by LAAS, does not mean that no animals will be killed in the City shelters. It means that no healthy adoptable animals will be killed for lack of space. Over a 90% live save rate is considered No-Kill. That still means 10% of animals are euthanized because they are too badly injured or too sick to be saved or are dangerous.

After many years in which thousands of animals were killed in the City shelters for lack of space, the City has finally achieved No-Kill (over 90% live save rate) for dogs. This is a monumental achievement, for which the entire City can be very proud. But this will be jeopardized if the City funding for spay/neuter is not adequate.

The City has not yet achieved No-Kill for cats because of the injunction against Trap, Neuter, Return (TNR). TNR is the program for controlling free roaming cats by trapping them, neutering them, and returning them to the place where they were trapped, to live out their lives but not produce additional offspring. Organizations that want to round up and exterminate free roaming cats have obtained an injunction against the City participating in TNR. (For more information on this, click here.  The City is currently working to overturn the injunction.

A draft Environmental Impact Report for the City to proceed with TNR was released on August 29, 2019. Once that becomes final, the City Attorney’s Office will go back to court to get the injunction lifted. When the injunction is lifted, the City will be able to deal with the exponential increase of feral cats caused by the TNR injunction. Additional funding will be necessary to make up for the years in which feral cats were not spay/neutered because of the injunction.

Decreasing the numbers of dogs and cats being born is the most effective and humane way to reduce stray animals on the streets. This is both a health and safety issue and a humane imperative to stop killing animals in the shelters. If the spay/neuter program is not properly funded, in a few years, there will be many more stray animals on the streets and many more animals killed in the shelters.

Please tell your Councilmember that adequate funding for spay/neuter must be included in the upcoming City budget, to make Los Angeles a humane and safer city, and to save the City millions of dollars in the long run.

And remember, you can do your part by adopting a dog, cat, or rabbit from a City shelter.