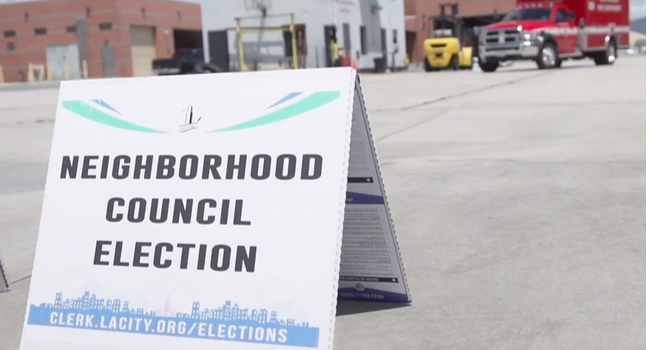 NEIGHBORHOOD COUNCIL BUDGET ADVOCATES-This is the third in a series of articles on the history of the Budget Advocates.

After years of disrespecting the people they were supposed to serve through corruption, red-lining, infighting, ignoring services and long-term planning, whether real or imagined, the Los Angeles city government was brought to its senses when the San Fernando Valley communities placed a vote to secede from the city on the ballot.

While the ballot measure failed decisively across the city (eeking out only very marginal support in the Valley), Section 9 of the new City Charter energized the Neighborhood Council movement through which dozens of local Neighborhood Councils were formed (now 99-strong) to promulgate the interests and desires of local communities across Los Angeles under the new Department of Neighborhood Empowerment (DONE).

Starting with a skeleton staff in 1999, DONE held 16 public workshops throughout the city to begin teaching people about grassroots participatory democracy, and to listen to the public's needs, dreams, and suggestions. Dozens and dozens of public hearings had been held in all areas of Los Angeles by the time the Plan for a Citywide System of Neighborhood Councils was adopted on May 25, 2001.

This plan established a flexible framework through which people in each neighborhood were empowered to create their own Neighborhood Councils to serve their particular needs. It also set minimum standards to ensure that Neighborhood Councils represented all stakeholders in the community, conducted fair and open meetings, and were financially accountable.

Once certified by the Board of Neighborhood Commissioners (BONC), a Neighborhood Council elects or appoints its own leaders, determines its own agendas, and sets its own priorities. The intent was to ensure independence from the Los Angeles city government (where both Councilmembers and employees continue to be embroiled in accusations of corruption) and become a real voice for the people’s interests.

A force for change

Neighborhood Councils are supposed to receive early notice of issues and projects that are important to them so that they have time to understand, discuss, and push for changes before final decisions that affect their communities are made and implemented.

In recent years this has not been as successful as desired in areas such as sweeping waivers for developers detrimentally impacting many neighborhoods, proliferation of liquor licensing becoming the bane of others, and the piss-poor implementation of RecycLA affecting the entire city.

Neighborhood Councils focus on and network with others on the issues that have most impact on lives at the local level – land use initially and then the services that the City is supposed to provide.  They can post Community Impact Statements and they can band with other Neighborhood Councils to become a more powerful voice for change.

With the evisceration of city services and staff in the wake of the financial meltdown of 2008, many Angelenos wanted to have a stronger say on the city’s budget and what areas should be prioritized.

Section 909 of the Charter states: “Each neighborhood council may present to the Mayor and Council an annual list of priorities for the City budget. The Mayor shall inform certified neighborhood councils of the deadline for submission so that the input may be considered in a timely fashion.”

With the financial crisis, the Neighborhood Councils would be able to use this Charter-granted access to the Mayor to push for the continuation of needed services, and the Budget Advocates’ importance to both them and the City was expanded.