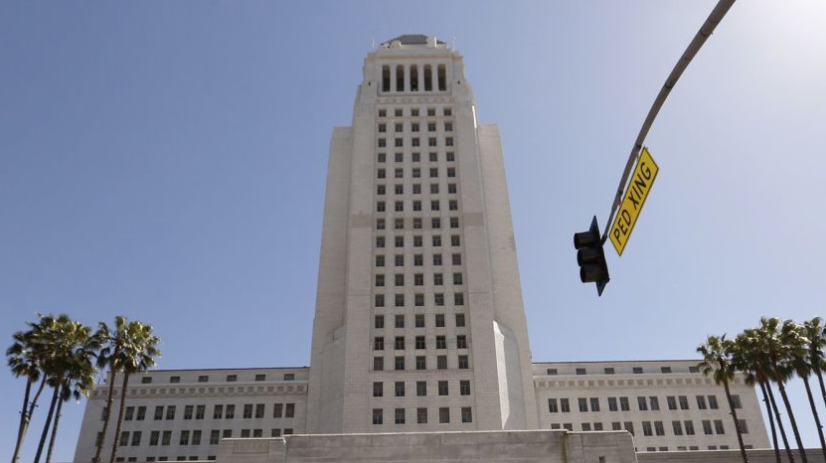 BUDGET ADVOCATES-After meeting with Mayor Eric Garcetti on July 24, the Neighborhood Council Budget Advocates made the following recommendations to the Mayor for his consideration when he is preparing his Fiscal Year 2020-21 Budget and Policy Goals.

We anticipate that the Mayor will issue his Policies and Goals memo to all the City’s General Managers in late September.

The Mayor, the City Council, the City Administrative Officer, and the Chief Legislative Analyst must address the City’s Structural Deficit, Service Deficit, and Intergenerational Theft in an open and transparent manner.

The City’s Structural Deficit is the most serious financial issue facing the City of Los Angeles.  By allowing expenditures to grow at a faster rate than revenues, the Structural Deficit is expected to exceed $1 billion in 2024. This assumes modest salary increases, the buildup of reserves to a level equal to 10% of General Fund Revenues, increased funding for the City’s infrastructure, and the proper funding of pensions assuming a more realistic but still optimistic investment rate assumption of 6.25%.

To fund the increase in personnel expenditures and the Structural Deficit, the City will be forced to cut basic services, resulting in a Service Deficit.

The City is engaged in Intergenerational Theft. This is where current obligations are dumped on future generations of Angelenos, including those generated by the Structural Deficit. Obligations include unfunded pension liabilities ($15 billion / 72% funded) and the Deferred Maintenance Backlog (estimated to be more than $10 billion).

We continue to recommend that the Mayor present his Proposed Budget on February 1, 80 days earlier than the charter mandated date of April 20th. The development of the budget must be an open and transparent process where all interested parties, including Budget Advocates, have ample time to review, analyze, and comment. There is not sufficient time under the current timetable.

The Budget Advocates should be given access to Department Budget Memos by December 15 so we will have ample time to review, analyze, comment and interact with the departments. Updates would need to be provided on a timely basis.

To increase transparency, the CAO should update the Four Year Budget Outlook by September 30 to reflect, among other things, the most recent labor agreements which were negotiated in secret and approved without public input or comment.

The Outlook should also be updated on or around February 1 and placed on the CAO’s web site.

Angelenos want an open and transparent government so that they have a better understanding of the City’s budget, finances, and department operations. This would involve City and department sponsored open forum meetings throughout the year, including quarterly updates on the budget.

Establish an Office of Transparency and Accountability to oversee the City’s budget and finances.  The Mayor said that is the responsibility of the City Controller. While the Controller has done excellent work, the Controller has neither the time or resources to provide real time input on the budget, labor agreements, and other pertinent matters. Establish a Pension Commission to review and analyze the City’s two underfunded pension plans and to make recommendations to eliminate the unfunded liability (the equivalent of debt) over the next 20 years. The Mayor has expressed interest in such a Commission in our last two meetings.

Benchmark the efficiency (or inefficiency) of the City’s operations including, among others, Street Services, Sanitation, Street Lighting, Transportation, Planning, Building & Safety, and the Police and Fire Departments. All findings should be available to the public.

Conduct open and transparent labor negotiations to limit political considerations and to control the increase in personnel expenditures.  Provide the public with details on the recent labor agreements.

Provide Supporting Data for both the Mayor and Council in the Proposed Budget.

Implement multiyear budgeting, a common practice for many governments and recommended by the LA 2020 Commission.

Develop a long-range plan to eliminate the Structural Deficit and to end Intergenerational Theft. This may take decades.

Develop a financial plan for the next seven to ten years.

Develop and publicize a long range (10-20 years) infrastructure plan. This plan would include, among others, the repair and maintenance of the City’s streets and alleys ($3 billion), our parks and their restrooms, the urban forest, and buildings and facilities.

Capital projects. Develop and publicize plans for the revitalization of the Los Angeles River ($1.6 billion), the development of the Civic Center ($3 billion), and the expansion of the Convention Center ($550 million).

Implement a policy to increase rainy day funds (the Reserve and Budget Stabilization Funds) to an amount equal to 10% of the General Fund over the next four years.

To reduce bottlenecks in backbone departments, provide funds for the following departments.

Recreation and Parks: Restore funding over the next four years to offset the $80 million impact of the full cost recovery program.

Develop and fund a plan for the Urban Forest with cooperation of Street Services, Recreation and Parks, the Department of Water and Power, Public Works, the Community Forest Advisory Committee, and other interested parties.

Homelessness: We are concerned about the slow pace and high costs for bridge and permanent supportive housing and whether this program as it is currently envisioned will crowd out other basic services.

We will have comments on other departments as we proceed.

Emphasize Back to Basics Priority Outcomes, including the City living within its financial means, restoring City services that make our neighborhoods livable and attractive, and increasing transparency and civic engagement.