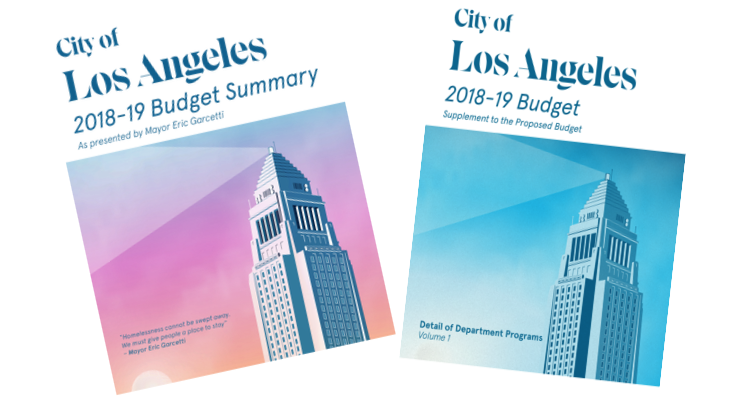 BUDGET ADVOCATES-“The City’s priorities are reflected in its budget, and how the government allocates its resources is the clearest explanation of what the government values,” explained Budget Advocate Vice Chair of Administration Barbara Ringuette in her training.

The Education and Coaching session took place at the Department of Neighborhood Empowerment to prepare Budget Advocates, “with the tools to be effective out of the gate,” she said.

The focus of the training was to provide (1) an overview of how the City government is organized, starting with its elected officials and Departments created under the City Charter, then including City Departments with their citizens’ commissions, as well as (2) demonstrate how and where to find budget information on City budget websites; and finally, (3) discuss best practices for meeting with City departments.

Providing link after link, Ringuette walked the audience through the proposed Fiscal Year 2018-19 City Budget and Financial documents put out by the City Administrator Officer (CAO). Her “user friendly” approach made the session comfortable and understandable. This vital information will serve as a foundation for the Budget Advocates’ work to follow.

Some of the City Departments discussed in the presentation included the LA Fire Department, LA Police Department, Housing and Community Investment Department (HCID), the Zoo, Department of Transportation, the Public Works Department with its five Bureaus such as Sanitation, Street Services, Engineering, etc. as well as the proprietary Departments – LADWP, the Harbor, and LA World Airports.

The webpages of the City Administrator Office (CAO) contain budget and financial documents including budget summary booklets and details of budgets from past years. Click and go to Budget and Financial Information.

“The City Budget is never final, it’s dynamic,” said Ringuette. If a City department spends beyond their allocated limit, the CAO will alert the Department to make adjustments in its budget through the remainder of the fiscal year, she explained.

Preparation for Meetings with City Departments

Budget Advocates review details of City Departments’ Budgets services provided in the last three years through the current year. In addition, they review the specific recommendations Budget Advocates have made in prior years.

Finally, Budget Advocates develop talking points to use at meetings, calling attention to issues raised in the news and emphasizing services requested across the City.

(Connie Acosta is a Neighborhood Council Budget Advocate and member of the Los Angeles Press Club.) Edited for CityWatch by Linda Abrams.