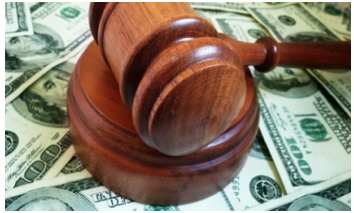 The City Attorney, Mike Feuer, acts as a legal advisor to the City, prosecuting all misdemeanor offenses that occur in The City of Los Angeles, as well as defending civil litigation against The City. The office of the City Attorney’s office drafts each municipal law, advises the Mayor, City Council, and city departments, as well as prosecuting misdemeanor crimes such as domestic violence, DUIs, and vandalism. The office covers four branches: Municipal Law; Civil Litigation; Proprietary; and Criminal/Special Litigation.

The City, due primarily to infrastructure issues, faces millions of dollars in civil litigation. The Budget Advisors had numerous recommendations to address the legal goals of The City, including looming litigation numbers, vis a vis the budget, as well as The City’s homelessness crisis.

While the liability claims expenditures come from the General Fund, the primary focus of the department should be identifying and testing programs and trainings to dramatically reduce the growing claims against the City.

The meeting also addressed successes of the City Attorney’s Office. The office has been working across city departments and has a particularly strong working relationship with Councilmember Paul Krekorian to implement greater risk management programs. The Office is similarly succeeding at developing its various funding sources, including attaining private grants for program enhancements. The Office has seen increases in its budget in recent years to hire additional attorneys, and has similarly been proactive by increasing resources dedicated to the rising homelessness crisis in the City. Similarly, the Office worked with the Information Technology Agency (ITA) department to procure eDiscovery, a necessary upgrade to the Office’s IT.